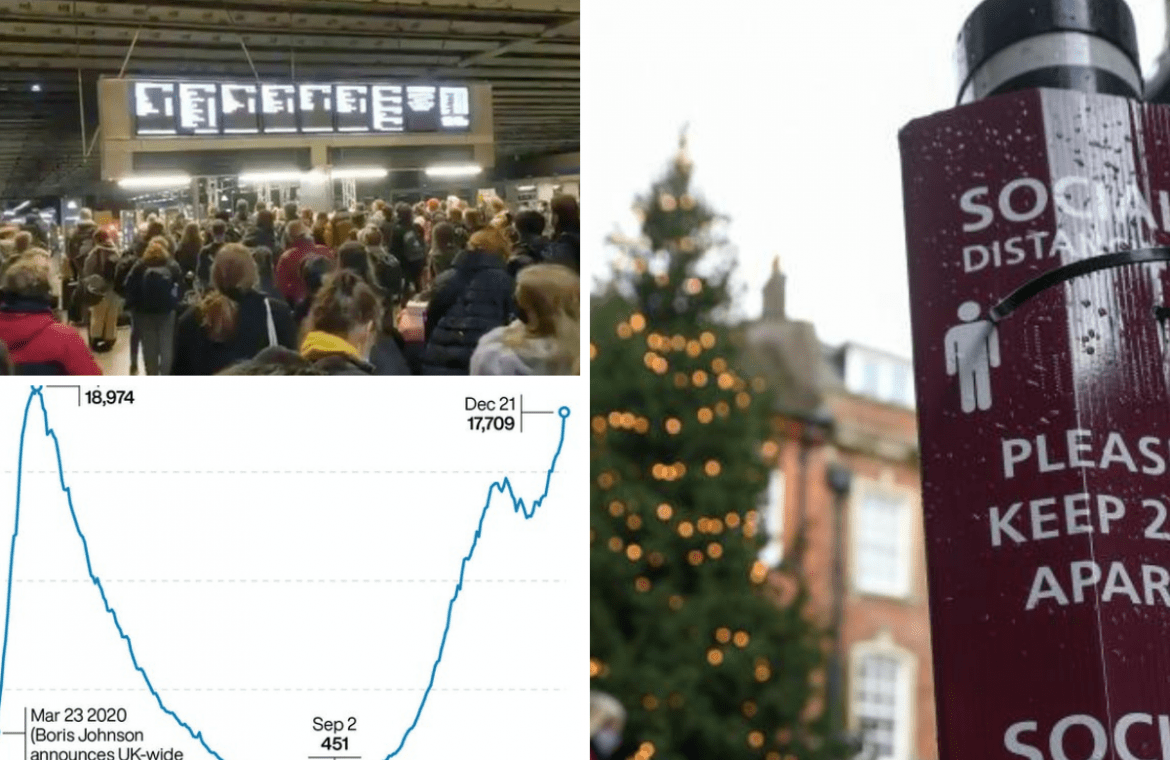 Coronavirus rates have reached record highs in south east London, with some of the highest levels in the UK peaking at nearly 1,000 cases per 100,000.

As Londoners prepare for an unprecedented Christmas in lockdown, it appears the new ‘highly contagious’ strain of Covid-19 is continuing to wreak havoc.

Bexley has reached number 13 in the country with the most shocking infection rate, a whopping 918.3.

The rest of the region’s boroughs have seen similar increases in infection rates, which have largely doubled for the second time in a fornight.

The data is based on the Public Health England’s rolling coronavirus data for all local authorities in England.

The figures show the Covid-19 infection rate, expressed as the number of new cases per 100,000 people.

The data is accurate for the seven days to December 19, with the most recent days discounted for accuracy.

And Bexley, the borough with the highest infection rate in south London since November, has again topped the charts.

The borough recorded a massive 2,280 new cases in the past week, and it’s infection rate has doubled for the second time in two weeks from 447.5 to 918.3.

Cases are also still on the rise in neighbouring boroughs, including Bromley, which has recorded 2,313 new cases.

Bromley’s infection rate has also nearly exactly doubled in a week, rising from 348.7 to 696.0.

Just behind is Greenwich with an infection rate of 632.4. The borough had 1,821 new cases after recording an infectino rate of 310.1 last week, another shocking rise.

Lewisham, for a long time a stand out borough for low infection rates, also fails to buck the trend.

All the above areas are of course in Tier 4 level restrictions, closing all hospitality and barring households from meeting, including over Christmas.

The list has been calculated by the PA news agency, based on Public Health England data published on December 23 on the Government’s coronavirus dashboard.

Thurrock in Essex continues to have the highest rate in England, with 2,253 new cases recorded in the seven days to December 19 – the equivalent of 1292.3 cases per 100,000 people.