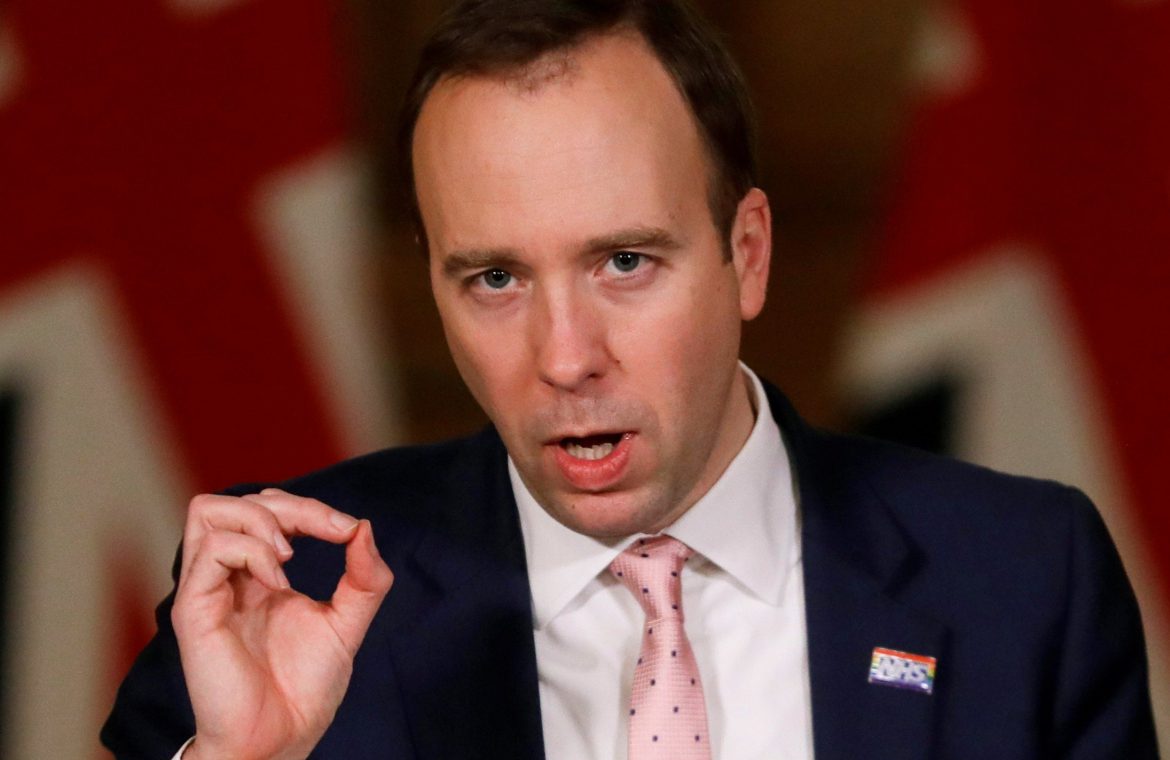 London has been confirmed as the UK’s coronavirus hotspot following a dramatic surge in infections in recent weeks, according to the latest infection survey from the Office for National Statistics (ONS).

The capital was shown on Thursday to have the highest percentage of people testing positive for Covid-19 in the country as millions more people prepared to be forced into tier 4 restrictions from Boxing Day as part of efforts to control a faster-spreading version of the virus.

Health secretary Matt Hancock warned that the UK’s variant was spreading at a “dangerous rate” and urged people to stay at home from Saturday in the affected areas.

Meanwhile, other parts of the country, such as Bristol, Gloucestershire and Somerset, were escalated to tier 3 amid concerns about rising infection rates over the Christmas period.

It came as The Independent revealed that the government had asked England’s Test and Trace service to reduce its working hours during the Christmas holidays despite a surge in confirmed cases.

Nearly 40,000 positive tests for Covid-19 were reported on Wednesday, yet clinical staff working for the system have been told to cancel shifts ahead of a shortened working day.

There have been a further 2,161 cases of coronavirus in Wales, taking the total number of confirmed cases to 133,263.

Public Health Wales reported another 63 deaths, taking the total in Wales since the start of the pandemic to 3,263.

1608812586‘Sharp increase’ in people testing positive in England and Wales

Positive cases of Covid-19 are increasing sharply in parts of the UK, with around one in 60 people now testing positive in Wales and one in 85 in England, figures suggest.

Around half of the most recent positive cases in England could be the new variant of Covid-19, with the proportion rising to as high as 68 per cent of cases in London.

The findings are from the latest infection survey from the Office for National Statistics (ONS), which is based on regular samples of positive nose and throat swab results.

Fewer than 100 vehicles left the Port of Dover on Wednesday night, as thousands more remained stranded in Kent on Christmas Eve.

Drivers, including many who have been waiting in queues since Sunday, are only allowed to cross the Channel once they have returned negative coronavirus tests, which are being administered by members of the military and French firefighters.

“Overnight, due to restrictions on testing, the port received under 100 freight vehicles,” a Port of Dover spokesperson said, when asked how many lorries had left via ferry since Sunday.

“However, now testing has fully mobilised at the port we anticipate that figure rising significantly throughout the day.”

The Department of Health and Social Care has released official figures for the numbers of people in different tiers in England from Boxing Day.

They show the vast majority of people in the two toughest tiers for restrictions, with just over 2,000 people left in tier 1.

The Independent Sage group of scientists has called for a ban on household mixing on Christmas Day and for all regions of England to be placed into tier 4 restrictions today due to the “rapidly worsening” situation with coronavirus infections across the UK.

“The inability to control Covid-19 is leading to the emergence of variants with increasing transmission potential,” the group said in a statement.

“The new variant and the potential emergence of others requires a complete rethink of all mitigation strategies.”

You can find their full statement below:

A total of just 34.1 per cent of people who were tested for Covid-19 in England in the week ending 16 December at a regional site, local site or mobile testing unit received their result back within 24 hours.

This is down from 59.8 per cent in the previous week and is also the lowest percentage since the week to 28 October.

It’s worth remembering that Boris Johnson previously pledged that the results of all in-person tests would be returned within 24 hours by the end of June.

The government has announced £78m in funding for mass testing in schools but a union has warned the plan and timescale is still “unrealistic”.

Plans have been announced for a round of mass testing at the start of next term, alongside regular rapid Covid-19 tests for staff and students.

Our reporter, Zoe Tidman, has the full story below:

The total reported figure for UK Covid-19 vaccinations so far is 611,283 – or about 1 per cent of the country’s population:

Our travel correspondent, Simon Calder, has more details below on New York City’s new quarantine measures for travellers from the UK:

More than 70 per cent of people in England who have been given their first coronavirus vaccine dose so far are aged over 80, new figures have shown.

NHS England published its first detailed figures on Thursday morning showing the number of people who have received the Pfizer Covid-19 jab.

The exact figure for vaccinations so far is 521,594 between 8 December and 20 December.

Don't Miss it COVID-19 is now present on every continent | Coronavirus Update
Up Next Coronavirus UK: What next for schools as cases rise? – BBC News