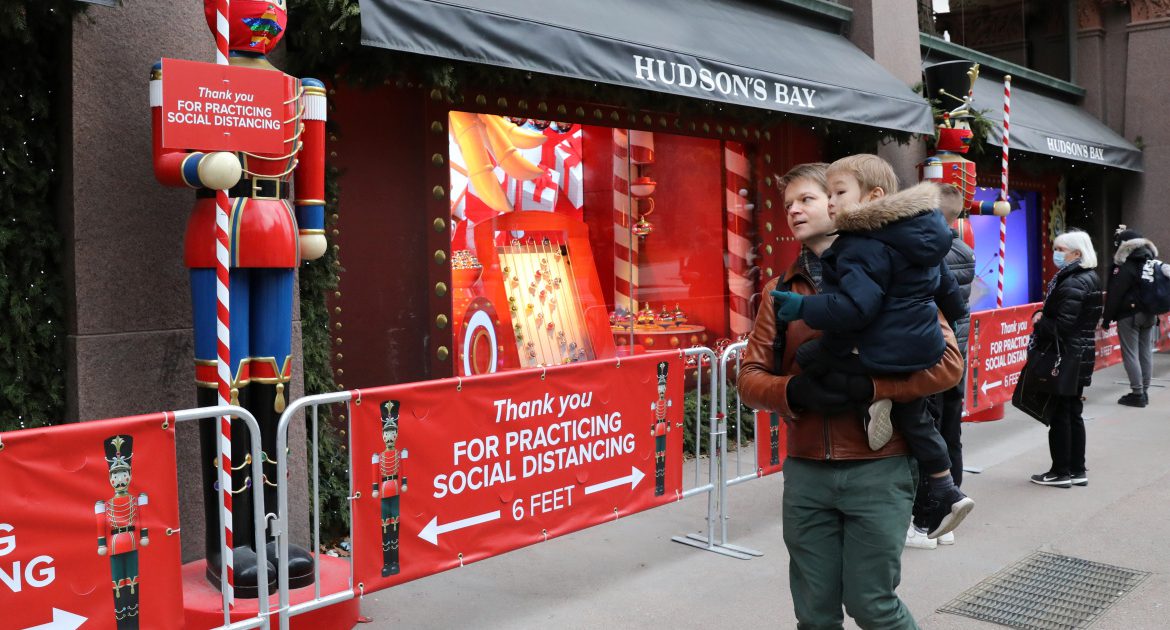 Tighter restrictions will be in place across Ontario until at least January 9, as the province seeks to curb rising COVID-19 infections.

Canada’s most populous province is imposing tighter COVID-19 restrictions on Saturday in an effort to curb rising infections, deaths and hospitalisations linked to the novel coronavirus.

“We need to stop the spread of this deadly virus. That’s why … we are taking the difficult but necessary decision to shutdown the province and ask people to stay home. Nothing is more important right now than the health and safety of all Ontarians,” Ford said in a statement.

The restrictions, which come into effect at 00:01am local time (05:01 GMT) on Saturday, include a ban on indoor gatherings between people from different households and a 10-person limit outdoors, as well as limits on non-essential businesses.

Big box stores that sell groceries can stay open, however, with capacity limited to 25 percent, while pharmacies and grocery stores can also operate at 50 percent capacity.

People wait in line to get a COVID-19 test at Mount Sinai Hospital in Toronto as the city entered renewed COVID-19 lockdown in late November [File: Carlos Osorio/Reuters]The restrictions will be in place across the province until January 9, but they will remain in effect in southern Ontario, including Ottawa and Toronto, until January 23. Toronto, Canada’s largest city, has already been under tight COVID-19 rules since late November.

On Thursday, Ontario had a seven-day average of 2,306 new daily cases. That same day, it recorded the highest single-day tally since the start of the pandemic, with 2,447 new infections. Forty-nine additional deaths linked to the virus were also reported.

Some public health experts in Ontario have criticised Ford, saying the premier acted too late and is doing too little to stem the spread of the virus, such as guaranteeing paid sick leave for workers who may fall ill.

Provincial data shows that 27 percent of 923 active COVID-19 outbreaks in Ontario are in workplaces.

“What part of ‘now’ and ‘action’ does Mr. Ford not understand?” Globe and Mail newspaper health columnist, Andre Picard, wrote earlier this week.

Picard criticised the premier for announcing the need for urgent measures on December 21 but only imposing the new restrictions five days later – and said the lockdown is hardly a lockdown at all.

“Half-measures and delayed action, an approach Ontario has embraced repeatedly, will not get results,” he wrote.

Ontario Premier Doug Ford said this week he was ‘taking the difficult but necessary decision’ to impose tighter restrictions across the Canadian province [File: Carlos Osorio/Reuters]Dr Nadia Alam, a family doctor in Georgetown, Ontario, a town about 60km (37 miles) west of downtown Toronto, told Al Jazeera on Friday that hospitals are full and struggling to handle high numbers of both COVID and non-COVID patients.

She said many nurses and other healthcare workers are doing double shifts, as the network is being stretched to its limits.

Alam said the provincewide shutdown is necessary to try to limit peoples’ contact with others and the potential spread of the virus – and she urged people to respect the new, stricter public health directives.