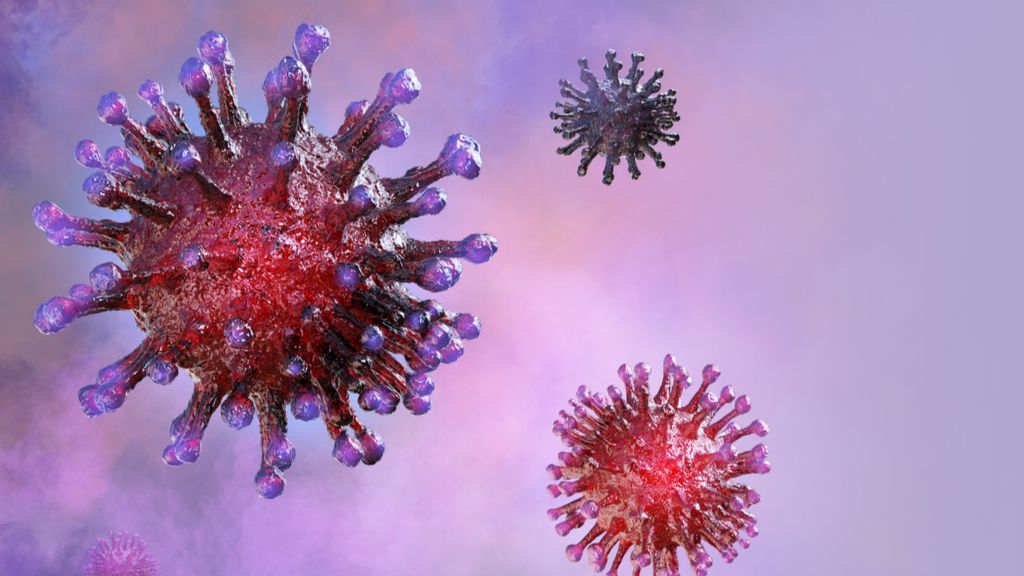 A scary new strain of coronavirus, innocuously named B.1.1.7, has recently exploded across southeast England, prompting the government to tighten lockdowns on the region. Though we don’t know all the details, experts are increasingly confident it is more easily transmitted than other strains. Here’s everything we know so far about this novel strain.

The B.1.1.7  strain of SARS-CoV-2 is a version of the virus with 23 mutations, eight of which are in the spike protein the virus uses to bind to and enter human cells, Science Magazine reported.

Where did it come from?

It was first detected Sept. 21 in Kent County in England, then took off and spread in November, according to the World Health Organization.

Since then, it has become the most common variant in England, representing more than 50% of new cases diagnosed between October and Dec. 13 in the U.K., according to the WHO.

However, some scientists now believe that the virus may have mutated in a person who was immunocompromised, according to Science Magazine. That’s because, unlike the flu, the novel coronavirus can correct mistakes when it replicates, and so tends to have a fairly stable genome, Live Science previously reported. However, studies have shown that people who have weakened immune systems — because they are taking immunosuppressant drugs or are being treated with chemotherapy, for instance — may harbor infectious virus for months. That, in turn, would give the virus many chances to acquire mutations that help it replicate or evade the immune system.

What do these mutations do?

We don’t know for sure. Viruses mutate all the time, and most of these changes don’t affect how deadly or infectious the virus is. In this case, some of these mutations may have arisen purely by chance and may not affect the function of the virus.

But three mutations in particular have worried experts.

One, a two amino-acid deletion known as 69-70Delta, was first detected separately in a patient being treated with immunosuppressants who developed COVID-19. The patient received remdesevir, convalescent plasma and neutralizing antibodies, but died months later. Though the virus did not initially have this deletion, it acquired it over months, researchers reported in a preprint article published Dec. 19 to the medRiv database. (It has not been peer-reviewed.) The authors suspect it evolved to evade the immune system. Another wrinkle associated with this deletion is that it can make one of the targets of SARS-CoV-2 PCR tests — known as the S gene — falsely test negative. Some tests only look for positives in this S gene and would therefore miss the new variant. Most PCR assays, however, look for three separate regions of the spike protein, so those assays won’t be affected, the WHO said.

Another mutation, known as N501Y, alters the key amino acids that make up the so-called receptor-binding domain of SARS-CoV-2, where amino acid asparagine (N) has been replaced with tyrosine (Y) in the part of the virus that latches onto the ACE2 receptor on human cells, according to the Centers for Disease Control and Prevention. A September study in the journal Cell found this variant binds more tightly to the ACE2 receptor than other versions of the coronavirus — at least in a lab dish.

Dozens of samples of SARS-CoV-2 from South Africa and Australia have tested positive for this mutation, but lab tests suggest the South African and U.K. variants separately evolved the same mutation. That suggests it may provide an evolutionary advantage to the virus.

The third suspicious mutation is P681H, which is also in the receptor-binding domain of the virus. According to preliminary information posted by the COVID-19 Genomics Consortium UK, this mutation sits next to the “furin cleavage site,” which is where the spike protein must be cleaved in order for the virus to enter cells, according to Science Magazine.

Does it spread more easily?

Yes. Experts now think the new variant is between 50% and 74% more transmissible than other dominant strains, according to a study by the Center for Mathematical Modeling and Infectious Diseases (CMMID)  that has not yet been peer-reviewed. The WHO estimates this would tack on 0.4 to the basic reproductive number R, which dictates how many people each infected person would spread the virus to.

Based on models of that growth, the new variant could be responsible for 90% of all new COVID-19 cases in London and East and South England by mid-January, that study found.

Is it more deadly?

We don’t know, but experts suspect it is not. However, if it spreads much more easily, that means more people will be hospitalized. Once hospitals become overwhelmed, the quality of care of the sickest patients drops, which can lead to higher death rates than would otherwise be expected.

The CMMID study found that the new variant could explain an uptick in hospitalizations in southeast England, largely due to increased spread, not necessarily because the virus is more dangerous.

Another study, also not peer-reviewed, by CMMID, used a mathematical model to see whether the virus’ rapid growth in London was due to increased infectiousness, or due to it being more severe. The latter didn’t fit the data well, whereas the former fit nicely.

Has the variant spread to the U.S.?

Dr. Stanley Perlman, an immunologist and pediatric infectious diseases specialist at the University of Iowa told the Center for Infectious Disease Research and Policy (CIDRAP) that he suspects the variant is already in the U.S. “I’d be surprised if it weren’t,” he said.

Can kids catch it more easily?

Several lines of evidence in the past have suggested kids might be less susceptible to the novel coronavirus. If this new variant sticks more easily to cells, there’s the chance it could spread more readily amongst children than it did before. However, further studies will be needed to see whether that’s the case.

There has been an uptick in cases in children in England at the same time that this virus has increased its prevalence. That uptick was not seen when kids first returned to schools in early fall. But schools were open while many other things were closed at this time, so it’s possible schools represented one of relatively few chances the virus had to spread. We can’t yet say that kids will catch and spread this variant more readily.

Will vaccines work against the new virus?

Most experts think the newly developed vaccines will still work against the novel U.K. variant. When vaccines stimulate the immune system, the body builds an arsenal of cells to bind to many different parts of the virus. Mutations in a handful of spots will likely not be enough to make the vaccine less effective, according to the CDC.

Given that 99% of the proteins on the new variant are identical to the strain the Pfizer-BioNtech mRNA vaccine targets (the Moderna vaccine is very similar), it is highly likely that the vaccine will work, BioNTech CEO Uğur Şahin said at a news briefing.

It’s possible that over time a variant could emerge that will evade some of our vaccines, similar to how the flu vaccine needs to be updated every year. However, the new mRNA vaccines could be updated to reflect new mutations in about six weeks, Şahin told the Financial Times.

What can we do to stop this?

The new variant still spreads the same way as the ordinary form of the coronavirus. That means the same things everyone has been doing to prevent the spread of the virus since March will also work for the new U.K. variant: washing hands, physical distancing, masks and good ventilation. Adhering strictly to those rules and avoiding unnecessary outings will help prevent its spread.