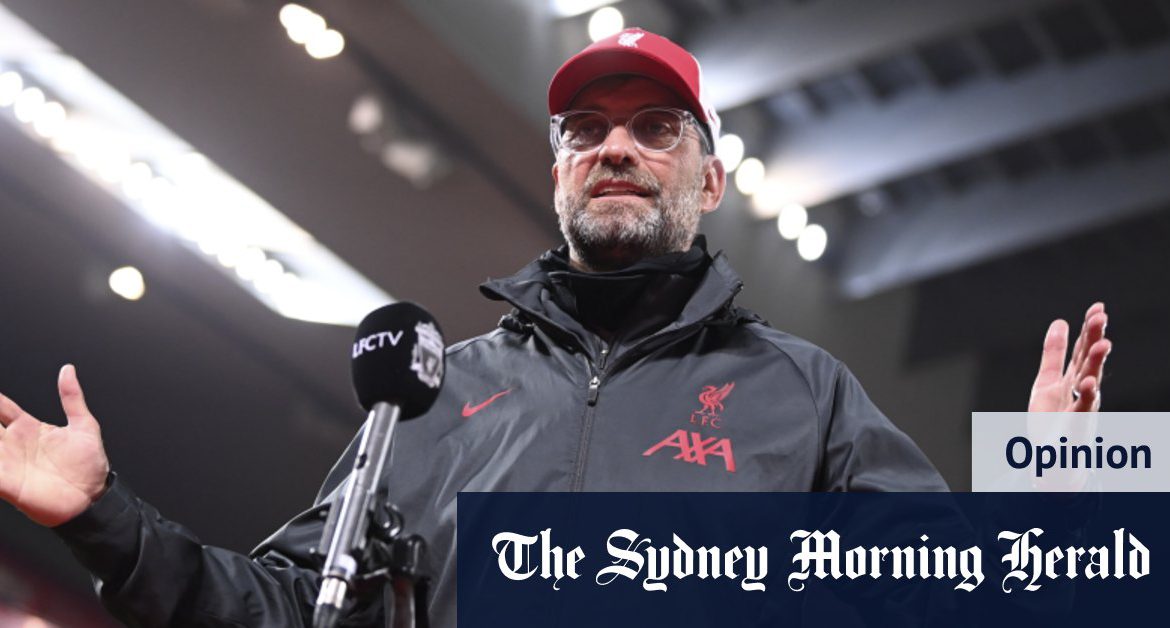 Mask up you bastards!

There was so much pearl-clutching going on over the new NRL Simply the Best ad in February it was hard to keep up. As you know, 30 years ago that ad, featuring Tina Turner singing her anthemic song spliced with footage of the game and the game’s best-loved characters, was so good it became the gold standard of global sports ads.

This year the idea was to re-release the same song, spliced with some of the best footage of the last 30 years, all with a different narrative. Roll tape, please maestro.

Here come the strains of the anthem, and now the action, as what purports to be the young Cameron Smith watches the original ad on a television in his living room, football in hand, before charging out to play footy in his backyard and to dream of a rugby league future for himself.

And now action aplenty from the last three decades. The Benji Marshall behind-the-back pass. The Darren Albert try to win the 1997 grand final for Newcastle. Brad Fittler being congratulated after a try. Cameron Smith living the dream. Raiders fans doing the Viking clap. Some Johnathan Thurston magic. The Macklemore song in 2017, th …

What the hell’s Macklemore doing there? He didn’t play rugby league! He just sang his own anthem to marriage equality at the 2017 grand final. Yup. It was a brave move by Todd Greenberg to give that the go-ahead at the time, but it paid off many times over. If anything, ever, made the statement that the game has grown from being a mere parish pump game of big boofy blokes running into each other into a sophisticated and seriously professional game that wants and deserves the support of everyone, then it was that moment. And so Macklemore’s not worth a second’s footage in a two minute ad? Please! Ditto all the other things that drew flak.

Mention of the Super League war, and the Souths fans marching in the streets to ensure their club’s survival. What’s not to celebrate? That was the most almighty sporting ruckus there ever was, but the game was so strong it survived. And Souths fought back from near extinction to be the toast of the league.

In the move to Indigenous justice in this country, rugby league is not the poor slob up the back who simply has no clue we are in the 21st century, it is helping to lead the way. They are ahead of the curve, and Mitchell is emblematic of that. What’s not to celebrate? (Unless of course, you are one of the poor slobs up the back that just doesn’t get it.)

Double ditto the famous kiss between Karina Brown (Queensland) and Vanessa Foliaki (NSW) after an Origin game. Some of the blokes at the bowlo didn’t like it. Who cares? Women playing Origin was as unthinkable 30 years ago as it was that opposing players might not only be lovers but be proud of it. But that is how far the country and rugby league has come. When you put together the 10 most iconic moments of league in the last 10 years – a moment that brought the attention of people far beyond the usual league market – in whose universe does that not make the cut?

After all, what is the aim of advertising? I say it is to bring in new customers, those who live around the margins of the products on display, who might be tempted to come over and give it a go.

So yes, a red-meat, hairy-chested, white-bread ad might have received a hearty tick of approval from the red-meat, hairy-chested, white-bread mob. But so what? They are already the rugby league heartland. The joy of the game in recent times has been to embrace diversity and inclusion, and it has reaped the rewards accordingly and grown because of it.

This is what the critics don’t get, that the professionals do: diversify and include, or wither and die. It is as simple as that.

My erstwhile colleague Steve Mascord put it beautifully, for rugbyleaguehub.com. “The new NRL commercial seems to upset the same people who get annoyed by Greta Thunberg,” he wrote. “The young environmentalist does seem to trigger her critics in ways that are not entirely logical. It seems as annoying to them that others listen to Thunberg as it is that they disagree with the substance of what Thunberg actually does and says.

“If there are triggers in the NRL ad, then they might be: the ‘Love Is Love’ pro-LGBT+ message, the prominence of the Aboriginal flag, women’s sport … have I missed any? If referencing these issues is divisive, I know what side of that particular divide I’d like to be on.”

Exactly. History will vote that the NRL got its positions on these matters right, and it will get a larger slab of the future because of it. But give them one last burst, Steve Mascord, if you would. “If the ad leaves you cold, chances are you’ll be cold and six-foot deep a lot sooner than those who like it.”

It certainly won’t be the young girl we see at the end of the ad, watching Cameron Smith play, before charging out into her backyard, football in hand, to dream of her rugby league future.
Simply the best!

Kerry O’Keeffe, commentating on Fox, as India collapsed for 36 in Adelaide before losing the first Test: “There hasn’t been a Greek wedding this year with more Nicks in it than the Indian batters.”

Rooster Jake Friend, in March, on the team replacing high-fives and handshakes as a method of preventing the spread of coronavirus: “We fist-bump and then we go and wrestle each other all sweaty after that.”

NBA statement as it shut down the entire competition in mid-March, because of coronavirus: “The NBA will use this hiatus to determine next steps for moving forward in regard to the coronavirus pandemic.” The National Hockey League followed suit the next day.

Shane Warne was not a fan of Scott Morrison’s leadership: “Listening to the PM like everyone here in Australia and what I understood was, ‘It’s essential, unless it’s not. Then it’s essentially not essential. I can’t be clearer’. Plus people can buy a new shirt at a shopping centre? WTF? PM just had a shocker. Surely should be in lockdown now.”

Andrew Bogut on the anthem and the flag: “We can piss off the Union Jack, for starters. Tweaking a few lines of the anthem? I have no issue with that … What I’m all for is a new flag. Having an Indigenous component to our flag part is important, in my eyes. I’d definitely support that.”

Simone Higgins, wife of John, on the former Rooster suing the NRL for brain damage he alleges came from repeated concussions: “I mean it when I say I love John, but I’m grieving the loss of the life that I thought we were going to have together. I wouldn’t be anywhere but to look after him. But in one way I feel we’ve been robbed of what we should be doing at our age. John pretty much has to have a full-time carer. He’s 62 can’t be left at home alone for any length of time.”

Adam Goodes, in The Guardian, on the racial vilification he endured at the hands of AFL fans: “Being booed for two years was tough. In the first year, 2014, the Swans finished top of the table. That was my FU to the booing. I walked off with my head held high. We then got absolutely smashed by Hawthorn in the grand final. The vilification from the Hawthorn supporters was really bad.”

Manager of David Warner, James Erskine, thinks Malcolm Turnbull was to blame for all the hysteria about Sandpapergate: “One, Malcolm Turnbull, who in fairness knows bugger all about sport, jumped up and down like a pork chop and said it was a disgrace and wanted answers.” Nup, James. He spoke for us all

Team of the year

The Australian women’s T20 cricket team. An amazing crowd of 86,174 came to watch the final against India at the MCG, where the hosts were crowned world champions days before the Plague hit.

Cameron Smith. Captained the Storm to victory in the NRL grand final, while whole tankers of printers’ ink were expended on whether he would retire. That was two months ago, and there is still no word.

Lewis Hamilton. Broke Michael Schumacher’s record for number of Formula One wins, on his way to his seventh world championship.

Todd Greenberg. Resigned from running the NRL in April after a successful stint.

Peter V’landys. I did not always agree with him but he was the most influential figure in sport in 2020.

Andy Marinos. Was announced this week as the new CEO of Rugby Australia. It means Australia now has South Africans running rugby, rugby league and tennis.

Peter FitzSimons is a journalist and columnist with The Sydney Morning Herald.

Most Viewed in Sport