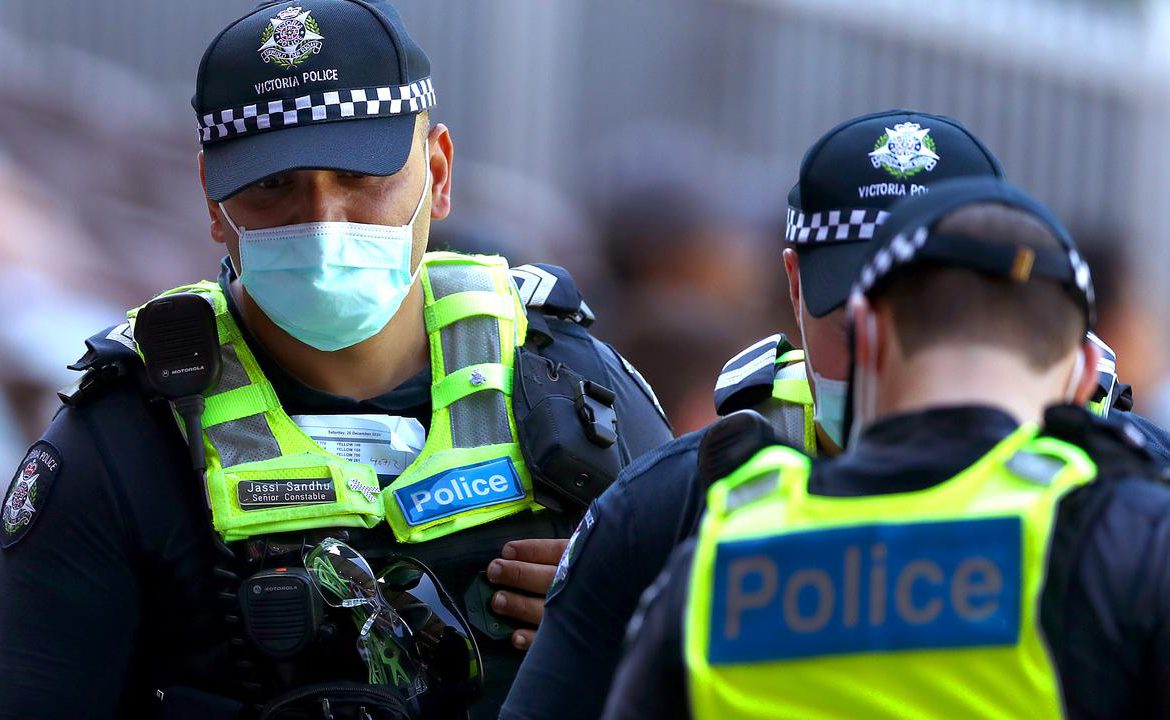 A man was arrested and now faces thousands of dollars in fines after leaving his quarantine hotel without permission.

A man has been arrested outside a Tullamarine quarantine hotel after escaping from his room on Boxing Day.

The 24 year-old man was returned to his accommodation “without further incident” after he left his room without permission around 2:45pm, Leading Senior Constable Rohan Imms said.

“Victoria Police is working with COVID-19 Quarantine Victoria to investigate the incident,” he said.

John-Lee Berridge’s family said he was the Victorian man who tried to flee quarantine at the Holiday Inn and is now facing more than $19,000 in fines.

His mother Shontae Haenga, who was waiting outside the hotel to pick him up, claimed her son arrived before the hotel quarantine deadline for Victorians returning from Sydney and should have been allowed to self-isolate at home.

“He didn’t come from the red zone, he triple checked,” Ms Haenga said.

She claimed her son left his room after DHHS staff told him numerous times he would be released only for nothing to happen.

The Herald Sun understands John-Lee Berridge claims he is a Victorian resident, while authorities believe he is a New South Wales resident.

A spokesman for COVID-19 Quarantine Victoria said a 24 year-old man arrived in Victoria from NSW on December 21.

“The resident’s movements were detected immediately and all proper procedures were followed in returning the resident to his room,” the spokesman said.

“The resident will be transferred to complex care accommodation tonight (Saturday).”

Victoria has recorded its 57th day with no community transmission of coronavirus, with no new cases recorded in the community nor in hotel quarantine.

A total of 4,907 tests were processed overnight.

Eight of the cases are linked to a cluster in the Northern Beaches of Sydney, and the ninth case is under investigation.

Major Events Minister Martin Pakula praised Victorians for their hard work ahead of the Boxing Day Test, admitting the prospect of hosting the event seemed unlikely during the height of the pandemic.

Speaking on Thursday before play commenced, Mr Pakula said it had been almost 300 days since large crowds had been at the MCG.

“If you told me three or four months ago we’d be here on Boxing Day, with a test match and with a crowd of 30,000 people I would have struggled to believe it,” he said.

“This is really a great demonstration of how far we’ve come.

“It’s a great reward, I think, for the incredible amount of work Victorians have put in over the last few months.”

A final decision on the Sydney Test is expected to be made within the next 48 hours, with MCG staff on standby if the event comes south to Melbourne.

Mr Pakula said he expected Cricket Australia would ask for larger crowd sizes in Melbourne if the move was made, but that many of these decisions were still up in the air.

He said he did not want to follow the lead of those in Sydney who have tried to poach Victorian events.

“I really hope NSW gets to a position where it can put that Test on,” he said.

“If we’re needed, we are ready to go … We will look and see what the crowd numbers are once Cricket Australia makes that call.”

Mr Pakula said crowd numbers were more conservative for Boxing Day because it was the first major event to return to the stadium.

“It’s not just about the distance here at the ‘G, it’s about how people get in and out of the crowd, public transport. It’s about all of that,” he said.

“Then the opportunity exists for there to be higher crowds at future events, whether it’s here, Marvel Stadium, AAMI Park or elsewhere.”

There are just 10 active infections in Victoria and nine of these people are in quarantine while the other is at home in self-isolation.

Public officials have urged Victorians to be vigilant over the holidays and anyone with symptoms has been asked to get tested without delay.

Some testing sites will have reduced capacity until January 2 but more than 60 locations will stay open across the state.

Of those, six were linked to the northern beaches cluster and the other was a worker.