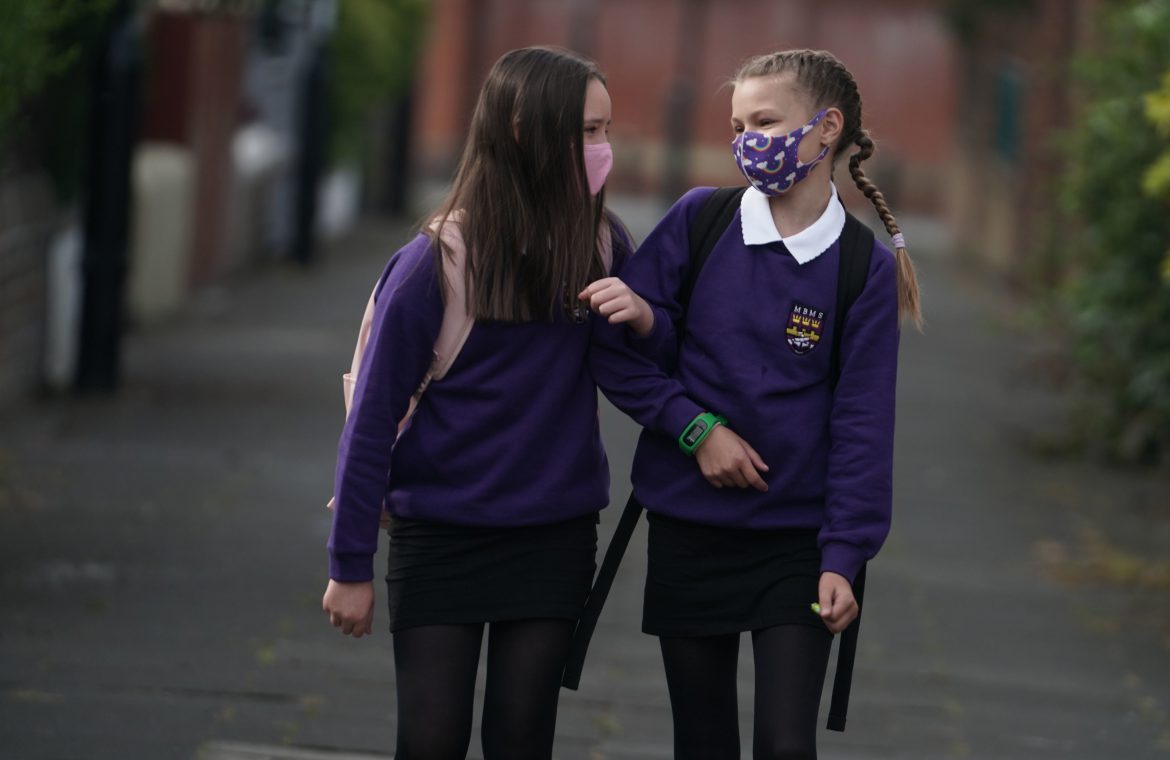 How does the Oxford Covid-19 vaccine work?

Hundreds of British holidaymakers who were meant to be self-isolating at a Swiss ski resort have reportedly broken quarantine and some have reportedly travelled to France.

Many stayed in quarantine for just one day before leaving undetected under cover of darkness, it was reported.

Meanwhile, as the new coronavirus variant spreads rapidly across the globe, the leader of the firm behind the Oxford/AstraZeneca vaccine said he believed researchers had found the “winning formula” using two doses, raising hopes it is more effective than first thought.

AstraZeneca chief Pascal Soriot said the firm would publish the results, amid reports that the UK’s medicines regulator could approve the jab within days.

But scientists are calling on the government to put the entire country under tier 4 lockdown restrictions, which would mean all non-essential shops, close-contact services and leisure and entertainment venues closing, alongside the hospitality sector.

Ireland’s chief medical officer has warned of the “significant increase” in hospital admissions due to the virus in recent weeks.

Tony Holohan said the numbers jumped from less than 190 two weeks ago to 324 on Sunday.

“This indicates a deteriorating disease trajectory nationally and is a significant reminder of the severity of this disease,” he said.

“There have been further increases across key indicators of Covid-19 right across the country and the growth rate of the epidemic has accelerated in recent days.”

On Sunday there were another four deaths related to Covid-19 recorded in Ireland and an additional 744 cases.

It brings the total number of Covid-19-related deaths in the country to 2,204.

Pressure on hospitals rises in tier 4

Hospitals have seen “a real rise in pressure” in tier 4 areas, including London and the south in the past days, an NHS chief says.

“We’re seeing a real rise in the pressure for hospital services, but also other types of NHS services as well… ambulance trusts in particular are coming under extreme pressure, as are community and mental health services,” said NHS Providers deputy chief executive Saffron Cordery.

She added: “We’re seeing real pressure particularly in London and the south, and that comes from this added demand, but also staff absence.

“It’s localised at the moment, but we could see that growing, and I think it’s really important to remember that what’s going on in the community is also going on in healthcare settings.”

Ms Cordery said the spread of coronavirus among communities “hugely” affects staffing levels in the NHS.

New cases in France more than double in a day

The number of new cases confirmed in France in 24 hours has more than doubled compared with diagnosed cases the day before. The tally of confirmed cases rose by 8,822 over 24 hours on Sunday. On Saturday they went up by 3,093.

President Cyril Ramaphosa of South Africa has called an emergency meeting of the National Coronavirus Command Council, as the country’s spike in cases has risen to nearly 1 million.

The country’s new variant of the coronavirus, 501.V2, is more contagious.

Cases rise in nine out of 10 English areas

Thurrock, again in Essex, is in third place, where the rate has risen from 1,066.9 to 1,330.7, with 2,320 new cases, according to calculations by the PA news agency, based on Public Health England data.

British holidaymakers who were meant to be self-isolating at a Swiss ski resort have reportedly broken quarantine and their whereabouts are unclear. Tom Embury-Dennis reports:

The delivery of the first shipment of China’s Sinovac vaccine to Turkey has been postponed for up to two days due to a case of the coronavirus in Beijing customs, the Turkish health minister Fahrettin Koca says.

A further 316 people have died within 28 days of testing positive for Covid-19 as of Sunday, bringing the UK total to 70,752, according to government figures.

But separate data from the UK’s statistics agencies for deaths where Covid-19 has been mentioned on the death certificate, together with additional data on deaths in recent days, show there have now been 87,000 deaths involving Covid-19 in the UK.

The government also said that, as of 9am on Sunday, there had been a further 30,501 lab-confirmed cases of coronavirus in the UK.

The new strain of coronavirus which is believed to have emerged in Britain has been detected in two people who travelled to Norway from the UK.

The Norwegian Institute of Public Health said on Sunday that travellers, who were not identified, came to Norway earlier in December. Health workers will follow up with their close contacts.

The Scandinavian country became one of many to impose travel restrictions on visitors from the UK earlier this month amid fears over the new variant, which is thought to be highly contagious.

Hundreds of British tourists who were meant to be in quarantine in the Swiss ski resort of Verbier have fled, with some reportedly re-emerging in France.

Jean-Marc Sandoz, spokesperson for the Bagnes Commune where Verbier is located, said on Sunday that some of the travellers have now contacted Swiss authorities from France.

Before Christmas, local authorities identified around 420 British tourists who had to be quarantined, according to local media. 50 travellers left the resort immediately, but of the remaining 370, only around a dozen guests remained in quarantine there as of today.

Mr Sandoz said he understood the tourists’ “anger” at being quarantined, and criticised the sudden quarantine requirements that were introduced for people arriving from the UK. Local authorities decided on 21 December that British tourists who had arrived in Switzerland after 14 December were to be quarantined.

He was quoted as saying by AFP: “Families with small children suddenly got stuck on 20 square metres. It was unbearable.”