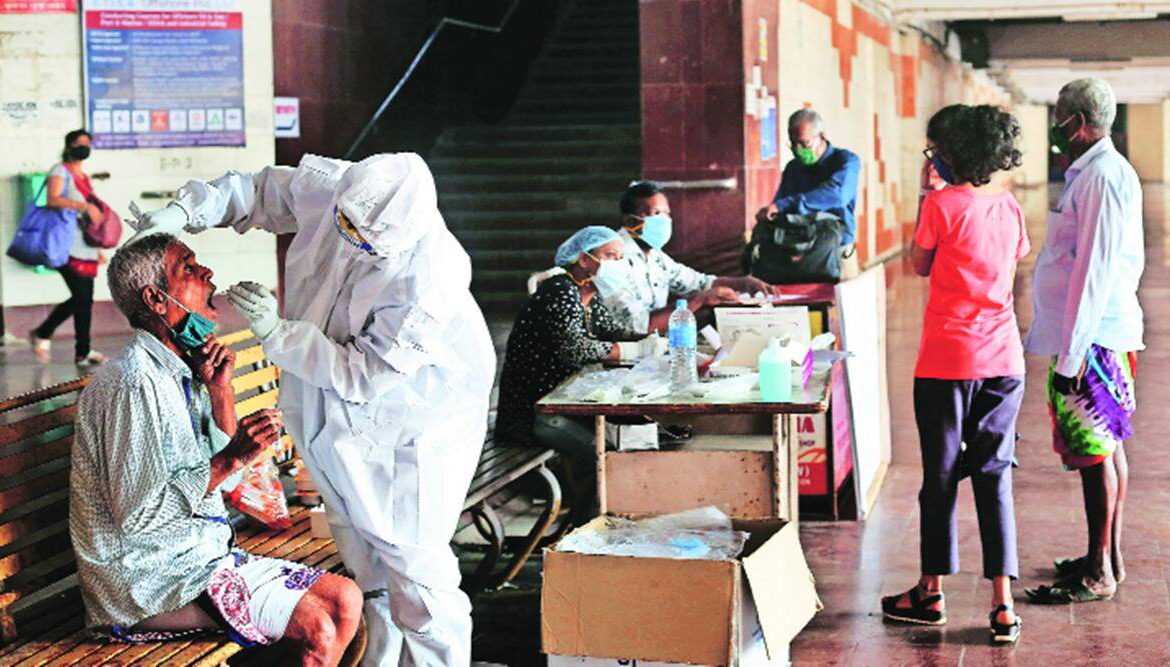 The Centre on Monday extended the Covid-19 containment guidelines it had issued earlier till January 31, 2021. In view of rising Covid cases, the Centre had on November 25 issued fresh rules for Covid containment, where several relaxations given earlier had been withdrawn.

In a press release, the Home Ministry said, “While there has been a continuous decline in the active and new Covid-19 cases, there is need to maintain surveillance, containment & caution, keeping in view the surge in cases globally, and the emergence of a new variant of the virus in the United Kingdom.”

Meanwhile, India reported 20,021 new Covid-19 cases in the last 24 hours, taking the country’s total tally past 1.02 crore. Of the total cases, 2.77 lakh cases are currently active while over 97.82 lakh people have recovered. With 279 deaths reported, the death toll now stands at over 1.47 lakh. This comes even as a Covid-19 dummy vaccination drive, aimed at testing India’s vaccine delivery system and other logistics, commenced today. The dry run, the largest mass immunisation programme in the country’s history, is being carried out in four states- Andhra Pradesh, Gujarat, Punjab, and Assam.

The new MHA order said containment zones would be demarcated carefully where perimeter control will be in place. It has also asked states to ensure that Covid-appropriate behaviour is promoted and strictly enforced; and the Standard Operating Procedures (SOPs) for permitted activities are followed scrupulously.

“Therefore, the focused approach on surveillance, containment and strict observance of the guidelines/ SOPs issued by MHA and Ministry of Health & Family Welfare (MOHFW), as envisaged in the Guidelines issued on 25.11.2020; need to be enforced strictly by States and UTs,” the order has said.

The MHA has also asked states to be more vigilant owing to New Year celebrations. “Strict vigil is also needed to be maintained to prevent any fresh surge in cases in wake of upcoming New year celebrations and ongoing winter season which are favourable for the spread of the virus. In this regard, appropriate measures may be taken by the State / UT Governments,” Home Secretary Ajay Bhalla has said in a letter written to all states.

Union minister of state for Health and Family Welfare Ashwini Kumar Choubey said he had tested positive for the novel coronavirus infection. Taking to Twitter, the minister said, ” On noticing the initial symptoms of corona, I got myself tested today and the report has come positive.”

The Serum Institute of India, which is manufacturing and testing Oxford/AstraZeneca’s coronavirus vaccine in the country, said on Monday it expected regulatory approval for the shot in a few days. Serum’s Chief Executive Adar Poonawalla said the vaccine, named Covishield in India, should be licensed by January.

“The emergency use authorisation by the UK drug regulator for the Oxford-AstraZeneca vaccine against Covid-19 is expected by December end or first week of January. In India too, we are hoping for regulatory approval for the Covishield vaccine in a few days. We must respect the process and give the drug regulators in the UK and India enough time to review the data. No one wants to compromise on safety and we hope for some good news in the new year,” Poonawalla said.

In this PTS, passengers are counted and tracked anonymously using the ceiling-mounted sensors. The PTS receives data streams from the sensors and provides the airport operator with valuable key performance indicators (KPIs) such as waiting times, process times and passenger throughout.

A Chinese court handed a four-year jail term on Monday to a citizen-journalist, who reported from Wuhan at the peak of coronavirus outbreak, on grounds of “picking quarrels and provoking trouble”, her lawyer said.

Zhang Zhan, 37, the first such person known to have been tried, was among a handful of people whose firsthand accounts from crowded hospitals and empty streets painted a more dire picture of the pandemic epicentre than the official narrative.

“We will probably appeal,” the lawyer, Ren Quanniu, told Reuters, adding that the trial at a court in Pudong, a district of China’s business hub of Shanghai, ended at 12.30 p.m., with Zhang being sentenced to four years.

Uttarakhand Chief Minister Trivendra Singh Rawat, who tested positive for COVID-19 recently, was admitted to Delhi’s All India Institute of Medical Sciences (AIIMS) on Monday with an infection in his lungs. He was taken to Delhi in a helicopter in the morning on the advice of doctors after a slight infection was found in his lungs, an official said here. Rawat has undergone some important tests at the AIIMS, he added.

The chief minister, who was in home isolation since December 18 after testing positive for the infectious disease, was shifted to the Government Doon Medical College after he developed fever on Sunday evening.