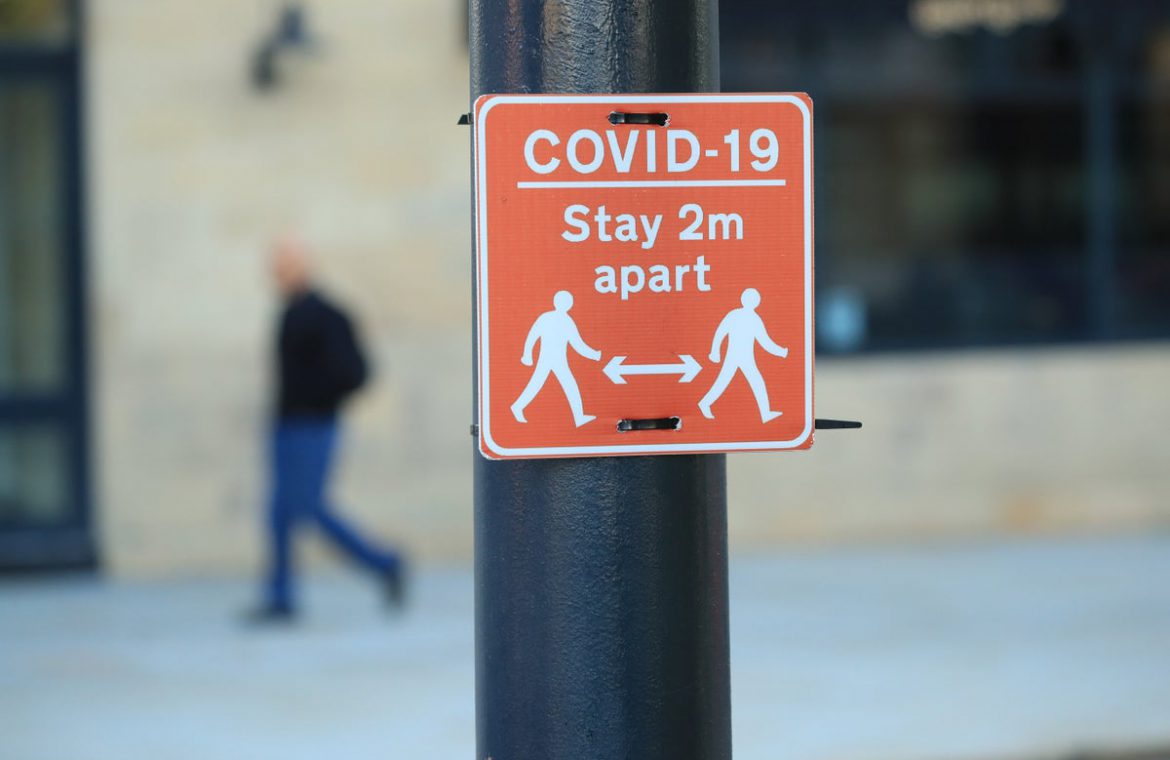 he planned staggered return to schools is expected to go ahead next week, despite fears that the new Covid variant can more easily infect children.

Michael Gove said the Government wanted to “make sure we can get children back to school as early as possible”, and that ministers were working with teachers and headteachers.

Elsewhere, a government expert has warned that herd immunity to Covid-19 in Britain through vaccinations is unlikely to be achieved before next summer.

Professor Calum Semple, a respiratory disease expert and member of the Government’s Scientific Advisory Group for Emergencies, said that it would require “probably 70 to 80 per cent of the population to be vaccinated” to achieve widespread protection.

On Sunday Chancellor Rishi Sunak said “we can now see light at the end of the tunnel with this pandemic” as hopes grow over the Oxford/AstraZeneca vaccine.

The jab is expected to be approved for UK use within days, as the number of people in hospital with coronavirus is approaches the first wave peak.

The President of the Royal College of Physicians and Surgeons of Glasgow said non-urgent care will have to be paused in Scotland due to Covid-19.

Speaking to BBC Breakfast, Dr Jackie Taylor said: “Everybody has been working over the last nine months to try and ensure that we catch up with the backlog, and we will continue to do that.

“But the harsh reality is that some places that are under pressure, some of that non-urgent work will have to be paused, we have to focus on urgent work and we have to be able to roll out the vaccination programme.”

She added: “There are hidden harms from Covid both in terms of operations and all sorts of other social and mental health and economic harms which we are all very, very aware of.

“As healthcare professionals, we want to be able to treat everyone, we want to ensure everyone gets the best of care, but unless we get a grip of Covid and really get on top of this then we won’t be able to open up the other services again.”

“We have to focus on getting on top of the acute problems we have at the moment.”

The president of the Royal College of Emergency Medicine has said there will be a lag before the NHS feels the benefit of the Tier 4 restrictions imposed on London and the south east.

Dr Katherine Henderson told BBC Breakfast: “We will hope to start seeing the benefits in London of the Tier 4 restrictions and transmission rates but there is a big lag.

“All the people we are seeing at the moment were infected two weeks ago.”

She added: “It’s incredibly important that we don’t get another surge.”

Discussing New Year, she said: “Please, don’t take a chance on this, please don’t make it likely that we have an additional surge.

The president of the Royal College of Emergency Medicine has warned hospitals were “wall to wall” with Covid-19 patients on Christmas Day.

Dr Katherine Henderson told BBC Breakfast: “We see patients who are coming in who have Covid symptoms and then we have other people coming in with other symptoms who turn out to be Covid positive.

“Between that, there’s a great deal of difficulty getting those patients through into the wards.”

Professor Jackie Taylor, President of the Royal College of Physicians and Surgeons of Glasgow, said London and the south-east are now experiencing what Scotland went through in the autumn.

“We are still seeing significant amounts of patients with Covid and large amounts of standard respiratory infections and other emergency that we see at this time of year that mount up to a standard winter pressure.”

The President of the Royal College of Physicians and Surgeons of Glasgow has said there will be a “cost” for allowing household mixing in Scotland on Christmas Day.

Prof Jackie Taylor said: “When there is increased mixing we know there is likely to be increased transmission, (Scotland’s) levels have never fallen to the kind of levels that we would have wished, so we are starting from a higher base.

“In addition, the new variant strain we are seeing does appear to be significantly more transmissible and that does give us great cause for concern, when we add that to the usual winter pressures we are really very anxious for the potential of a further huge surge of cases.”

Speaking to BBC Breakfast, she did not condemn the Scottish Government’s decision to relax the rules for a day.

“We have to remember our humanity and how important it is for some people to have had the ability to be with family even for a short time.

“I think it is absolutely right that the restrictions were only flexed for that day but, inevitably, there will be a cost for this.”

She urged everyone to avoid household mixing over new year and remember all the rules of handwashing, social distancing and mask wearing over the Christmas period.

Cabinet Office minister Michael Gove has said the Government hopes the staggered reopening of schools in England will go ahead in January as planned.

“We always keep things under review but teachers and head teachers have been working incredibly hard over the Christmas period since schools broke up in order to prepare for a new testing regime – community testing – in order to make sure that children and all of us are safer,” he told Sky News.

“We do keep things under review but that is the plan.”

Don't Miss it Chinese journalist who documented Wuhan coronavirus outbreak jailed for 4 years
Up Next Should Australia halt repatriations from the UK over new coronavirus strain?