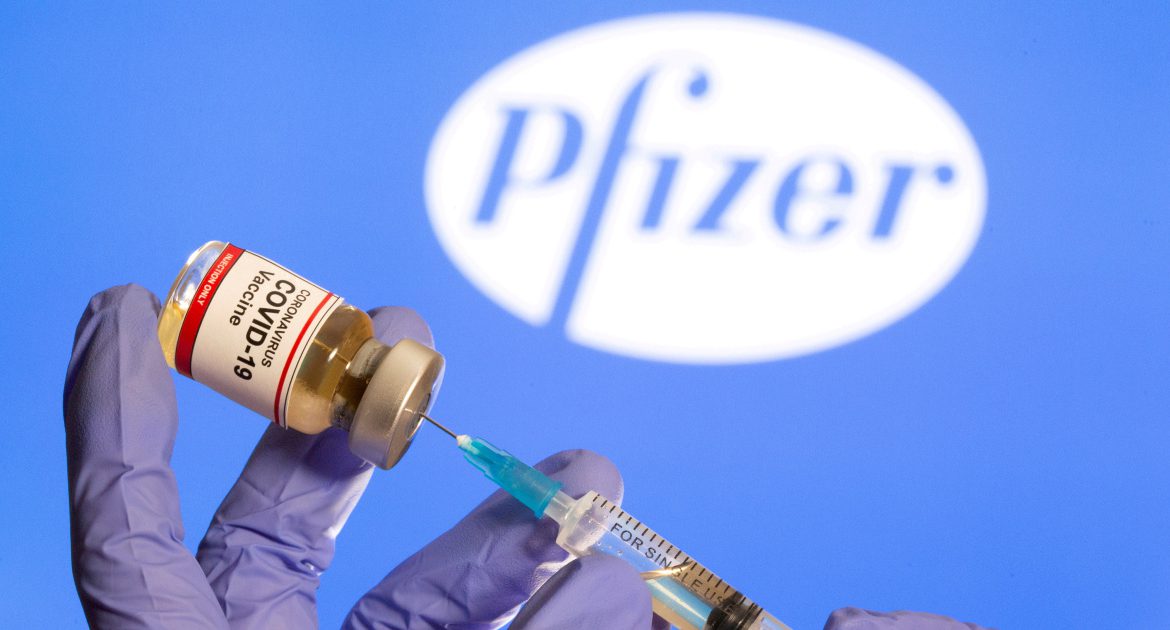 “We decided to take an additional 100 million doses of the BioNTech/Pfizer vaccine, which is already being used to vaccinate people across the EU,” von der Leyen said on Twitter.

The plan comes after some of the vaccine candidates ordered by the EU faced unexpected delays in clinical trials, forcing the bloc and other wealthy nations to rely on shots from fewer manufacturers than initially planned.

Meanwhile, Pakistan and India became the latest countries to report first cases of the new, highly contagious coronavirus variant detected in the UK.

At least three cases were detected in travellers from the UK who arrived in Pakistan. India reported six people who travelled from the UK to be carrying the variant.

South Korea reported 40 new COVID deaths, a record daily toll, bringing the death tally to 859 as the country grapples with a third wave of infection centred around nursing homes and a prison in Seoul.

Vice president-elect Kamala Harris and her husband Doug Emhoff on Tuesday received their first dose of the vaccine against Covid-19.

“I want to encourage everyone to get the vaccine,” Harris, 56, said after receiving her injection. “Literally, this is about saving lives. I trust the science, and it is the scientists who created and approved this vaccine.”

The vaccine, created by the company Moderna, was administered at the United Medical Center in Washington.

Belarus and Argentina launched mass coronavirus vaccinations with the Russian-developed Sputnik V shot on Tuesday, becoming the first countries outside Russia to roll out the vaccine, which is still undergoing late-stage studies to ensure its safety and effectiveness.

The first batch of Sputnik V arrived in Belarus on Tuesday [FILE – Maxim Shemetov/Reuters]Hours later, a similar campaign kicked off in South America as Argentine medical workers began receiving the vaccine and officials insisted it was safe. President Alberto Fernandez called it the largest vaccination campaign in the country’s modern history.

Teachers, those with complicating medical conditions and people over 60 were to be next in line in Argentina, which so far has received 300,000 doses, which also will be free and voluntary.

The Irish government will hold an unscheduled meeting on Wednesday to decide whether additional measures are required to control the “exponential growth” of COVID-19 in the country, Health Minister Stephen Donnelly said.

“We will look right across the spectrum… and see in light of the rising cases and the rise in hospitalisations what the appropriate thing to do is,” Donnelly told RTE radio.

The government has closed all bars and restaurants and will ban all household visits from January 1, but non-essential retail and schools remain open.

Emergency hospitals set up at the start of the coronavirus pandemic are still available to support Britain’s state-run national health service as it tackles a new wave of patients, Prime Minster Boris Johnson’s spokesman said on Tuesday.

British media had reported that the so-called ‘Nightingale’ hospitals set up at record speed earlier in the year were quietly being dismantled.

“The Nightingales are ready to support the NHS and are an important insurance policy should they be needed,” the spokesman said.

“Some are already being used for outpatients and for diagnostics and scans, and some are being prepared for additional use as COVID vaccination centres,” he added.

4 hours ago (13:29 GMT)
Spain to create registry for those refusing COVID-19 vaccine

Spain will create a registry to keep track of people who refuse a COVID-19 vaccination and will share the information with other European countries.

“In the registry, which we will share with our European partners because we are all committed to creating a COVID-19 registry, we will put those people who were offered the vaccine and refused to get it, just like is the case with other treatments,” Health Minister Salvador Illa told Spanish broadcaster La Sexta this week.

“This is not going to be a public document and will be done with the utmost respect for data protection and Spanish legislation,” he added.

Spain received its first large shipment of vaccines from Pfizer on Tuesday, which contained more than 350,000 doses [FILE – Reuters]According to the latest national survey in Spain published last week, nearly six out of every 10 people were willing to get vaccinated, while 28 percent of respondents still refused.

Turkey requested more information from Russia about the vaccine and Health Minister Fahrettin Koca informed the presidential cabinet that everything was on the right track, Cavusoglu said.

6 hours ago (11:28 GMT)
Thailand warns of stricter measures if virus not contained

Thailand has warned that more intensive measures might be necessary to halt its worst coronavirus outbreak yet and urged the public to cooperate to contain a spread that has seen cases in most regions of the country.

Thailand has imposed tighter control measures in some areas, including on entertainment businesses, which will be reassessed in seven days, said COVID-19 taskforce spokesman Taweesin Wisanuyothin.

Iran has launched human trials of its coronavirus vaccine.

The start of the trials on Tuesday comes as Iran has managed to bring its COVID-19 fatalities down to a three-month low and as the country continues to face difficulties in importing sufficient quantities of vaccines due to US sanctions.

At least three cases of the coronavirus variant were detected in the southern port city of Karachi.

“Twelve samples of UK returnees were taken for genotyping out of which six were positive and three showed the new variant of the virus in the first phase,” the ministry said in a statement on Twitter.

“The genotyping showed 95 per cent match of the new variant from the UK. These samples will go through another phase of genotyping,” it added.

All six patients have been kept in isolation, India’s health ministry said in a statement, adding that their fellow travellers were being tracked down.

“Their close contacts have also been put under quarantine,” the ministry said.

India has suspended all flights from the UK until the end of the month but some 33,000 passengers had flown in from late November, before the ban, the ministry said.

7 hours ago (10:12 GMT)
Dozens of teachers die from the virus in South Africa

Local media, quoting education ministry spokesman Elijah Mhlanga, reported that at least 32 teachers have died of the virus in less than a week.

South Africa has recorded the highest number of coronavirus infections on the continent, with 1,004,413 cases and nearly 27,000 deaths.

It announced tighter restrictions once again to combat the increase in coronavirus infections driven by a faster-spreading new variant.

Indonesia is finalising deals to secure 50 million doses of coronavirus vaccines from Pfizer and AstraZeneca, the country’s health minister said on Tuesday.

Budi Gunadi Sadikin said the deal with AstraZeneca would be finalised before year-end, while an agreement would be signed in January.

Speaking at his first official news conference, the minister said 1.3 million front-line health workers would be prioritised in the vaccine drive.

Don't Miss it Spain is keeping a list of everyone who refuses a COVID-19 vaccine and will share it with other EU countries
Up Next Ontario reports record-high 2,553 new COVID-19 cases amid criticism of holiday vaccination delays