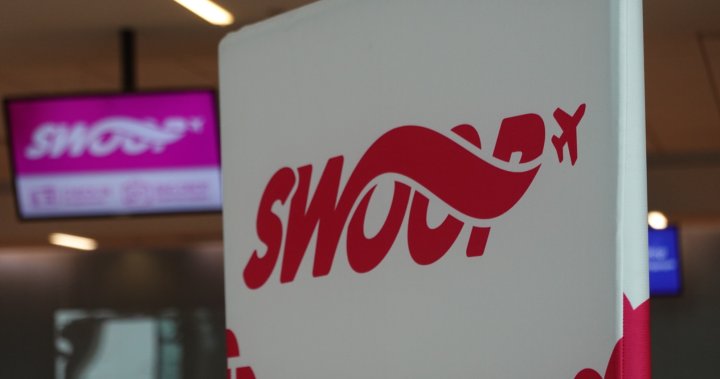 A Halifax woman is calling out an airline over a recent flight she took that left her disturbed over what she described as a lack of COVID-19 public health protocols being followed.

Jennifer Solomon recently flew from Toronto to Halifax on a flight operated by Swoop, a low-cost carrier owned by WestJet.

She says prior to takeoff, flight attendants informed the passengers that masks must be worn at all times.

According to Solomon, that mandate was completely disregarded by one passenger and the aircrew did nothing about it.

“This particular person just flipped it off, kept it off the entire flight, kept getting up and out of their chair — going directly up to talk to the flight attendants,” she said.

Swoop declined an interview request with Global News, instead sending an email statement stating that the airline shared in Solomon’s concerns and apologizes for any distress she experienced.

Solomon says she approached the flight attendants while disembarking the plane to raise her concerns over the lack of public health enforcement, and was less than impressed with the answer she received.

4:58
How will COVID-19 impact the future of airline ticket pricing?

“They were like, ‘Oh, we didn’t even notice this,’ and I was like, ‘how could you not notice? He was talking to you. Face-to-face without a mask,’” she said.

Canadian air passenger rights advocate, Gábor Lukács, says mask-wearing on flights is a legal requirement under an interim order by the federal government.

He says based on this, Swoop should be held accountable.

“This issue should be investigated and I would hope that Swoop would be facing some fines for failing to enforce the law. Swoop, as an airline, has a legal responsibility to ensure that those who board its flights comply with the rules,” he said.

Read more:
At least 1,300 flights with potential COVID-19 exposure in Canada since September

Lukács says he feels the passenger who refused to follow the mask-wearing protocol should also be fined.

He said that there are some medical exemptions to the mask-wearing protocol, but Solomon stated this passenger didn’t provide any medical reasons for his refusal to abide by the safety measure.

“His response immediately was how COVID wasn’t real, how it’s nothing but letting ourselves get educated by the media,” she said.

Lukács refutes the idea that people have the right to risk getting others ill by not following public health protocols during a pandemic.

“I don’t care what they believe in. What they don’t have a right to do is get other people sick. If you don’t want to wear a mask when you fly, get in a private jet, pay for it,” he said.

According to Swoop’s COVID-19 policy on their website, the airline has a “zero-tolerance” policy for travelers to be wearing masks or face coverings at all times during their flight.

Travellers who fail to comply with the mask mandate may be denied boarding and face a one-year travel suspension from all WestJet flights. The website also states that passengers who don’t wear masks must provide a valid medical certificate.

The policy states that travellers may take their masks off to eat and drink while flying but must put it on afterwards.

Solomon hopes her story encourages other passengers to stand up for their safety if they encounter a similar situation.

“This is a pandemic. Right now it’s not just about the comfort of your travel, it’s about the safety of your family, and friends, and well-being,” she said.