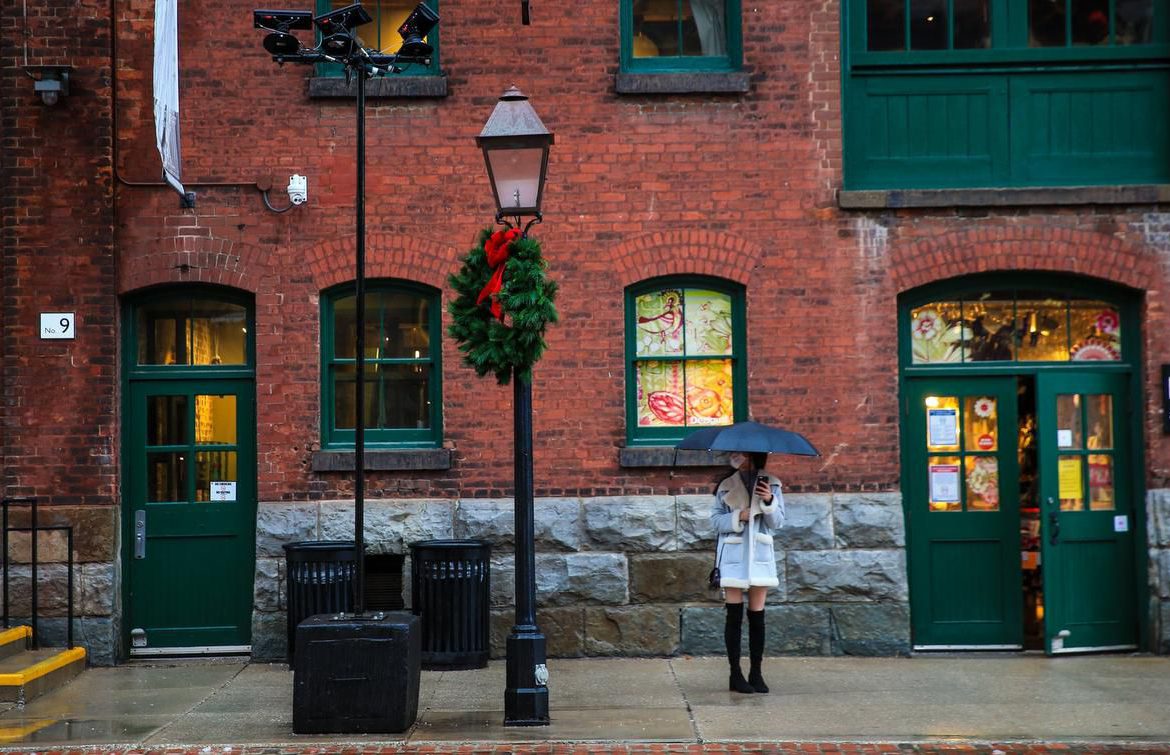 4 a.m. Ford to have ‘tough conversation’ with minister returning from Caribbean vacation

8:40 a.m.: Police and federal authorities are investigating after an employee at a Wisconsin health system admitted to deliberately spoiling 500 doses of coronavirus vaccine.

Police in Grafton, about 20 miles (32 kilometres) north of Milwaukee, said in a statement that the department, FBI and Food and Drug Administration are “actively” investigating the case. Police said they were notified of the alleged tampering Wednesday night.

Aurora said it has fired the employee and referred the matter to the authorities. The statement said nothing about a possible motive for the action.

“We continue to believe that vaccination is our way out of the pandemic. We are more than disappointed that this individual’s actions will result in a delay of more than 500 people receiving their vaccine,” the statement said.

8 a.m.: A London, Ont., hospital has declared itself free of COVID-19 outbreaks after 23 deaths and more than 150 infections.

The hospital announced the news along with condolences to the families of the 23 patients who died from COVID-19 over the last several weeks.

There were 11 unit-level outbreaks at University Hospital since that date.

The hospital was open for emergencies but began redirecting some admissions to other facilities as the situation worsened.

7 a.m.: It is often dangerous to write when emotional, but nevertheless we are writing out of anger and sorrow over the inhumane treatment of one of the most venerable — and vulnerable — groups in our society: our elders, write Paul Rivett and Jordan Bitove, co-proprietors of Torstar.

Our dedicated reporters and columnists have been writing about the deplorable state of long-term care in Ontario for decades. There have been some changes over the years but, unfortunately, the situation continues to worsen with underfunding and overcrowding at Ontario’s long-term care facilities. There was a crisis before COVID-19 struck. Now it is a tragedy.

We are denying basic human rights to our senior citizens. They are entitled to all the rights and freedoms the rest of us enjoy. Yet the events at the Tendercare long-term care facility in Scarborough, just one example of the deadly tragedy unfolding in many such Ontario long-term care facilities, strikingly illustrate the liberties that are being taken with seniors’ rights and, ultimately, their lives.

Read the full editorial here: Enough is Enough: We demand change to the inhumane tragedy playing out in Ontario’s long-term care homes

COVID-19 radically altered a lot of ideas about the government’s relationship with citizens — especially the idea that voters are mere consumers in the democratic marketplace.

Political leaders also had to ask for more than just the votes of citizens — they had to ask them to wear masks, wash their hands and radically change the way they lived and worked.

A pandemic, it turns out, is no time for soft-sell and the usual political spin, hard as that habit may be to break. Many leaders in Canada did, though.

6:04 a.m. For the second consecutive day, the United Arab Emirates has shattered its single-day record of new coronavirus infections, with 1,730 cases recorded ahead of New Year’s Eve celebrations expected to draw tens of thousands of revelers to Dubai from around the world.

The record figures come after the UAE said it detected its first known cases of the new, fast-spreading variant of the virus in people arriving from abroad.

Barbara Ferrer, the county’s public health director, called it a “terrible milestone” during a media briefing. Typically, about 170 people county wide die each day of various causes. The average number of deaths from COVID-19 alone is now 150 people a day.

“Most heartbreaking is that if we had done a better job of reducing transmission of the virus, many of these deaths would not have happened,” Ferrer said.

Officials on Wednesday reported 274 deaths and 10,392 new cases countywide. There are currently 7,415 people hospitalized, 20% of whom are in intensive care units.

5:10 a.m. A Wisconsin health system said Wednesday that 500 doses of coronavirus vaccine that had to be discarded after they were left unrefrigerated now appear to have been deliberately spoiled by an employee.

In a statement late Wednesday, Aurora said the employee involved “today acknowledged that they intentionally removed the vaccine from refrigeration.”

Aurora’s statement said they had fired the employee and referred the matter to authorities for further investigation. Their statement said nothing about a possible motive for the action, and health system officials didn’t immediately respond to messages seeking more information.

5:04 a.m. Tokyo is seeing a record surge in coronavirus cases as the governor of the Japanese capital implored people to stay home.

She asked people to skip countdown ceremonies, and expressed concern people were out shopping in crowded stores.

“Please spend a quiet New Year’s with your family and stay home,” she said, switching to English for “stay home.”

She said the latest figures for Tokyo showed 1,300 new infections. The previous biggest daily number of cases for the capital was 949 people reported last Saturday.

Japan has had more than 230,000 cases of COVID-19 and more than 3,000 deaths. Sixty-five of the deaths came on Wednesday, the health ministry said Thursday.

5 a.m. South Korea has enforced its toughest physical distancing rules at correctional facilities after a cluster of coronavirus infections flared at a Seoul prison.

The Justice Ministry says 918 people — 897 inmates and 21 staff — at Seoul’s Dongbu Detention Center have tested positive for the virus since one of the centre’s officials was found infected on Nov. 27. One of the infected inmates has died.

South Korea is struggling to contain a viral resurgence tied to a variety of sources such as nursing homes, churches, army bases and family gatherings. Earlier Thursday, South Korea reported 967 new virus cases, taking the country’s total to 60,740 with 900 deaths.

4 a.m.: Even after leading Saskatchewan’s Opposition for more than two years, the question Ryan Meili is still asked the most is why he left medicine for politics.

The NDP leader hasn’t completely stepped away from the profession. He’s trained to enter a field hospital or COVID-19 ward as part of the province recruiting health-care workers to the front lines of the pandemic.

In October, Meili ran in his first election campaign as party leader. The New Democrats were soundly defeated as Premier Scott Moe’s Saskatchewan Party won its fourth-straight majority with 48 out of 61 seats in the legislature.

“Interesting to know what people are thinking now,” said Meili, who was re-elected in Saskatoon Meewasin, unlike the two NDP leaders before him.

“I bet there’s a lot of buyer’s remorse out there from people who felt like this government said they took (COVID-19) seriously, was going to protect them, and clearly hasn’t.”

Thursday 4 a.m. Ontario Premier Doug Ford is expected to have a “very tough conversation” with his finance minister today over a controversial Caribbean vacation.

The premier has said Rod Phillips is set to return today from St. Barts, where he has been since Dec. 13.

Ford said Wednesday he wasn’t told about the trip ahead of time, but did learn about it shortly after it began, and should have demanded Phillips return immediately.

He said it’s “unacceptable” for any public official to ignore the province’s COVID-19 guidelines, which urge residents to avoid non-essential travel.

Phillips said earlier this week he chose to go ahead with the trip not knowing the province would be placed under lockdown on Boxing Day.

He said he regrets the decision.