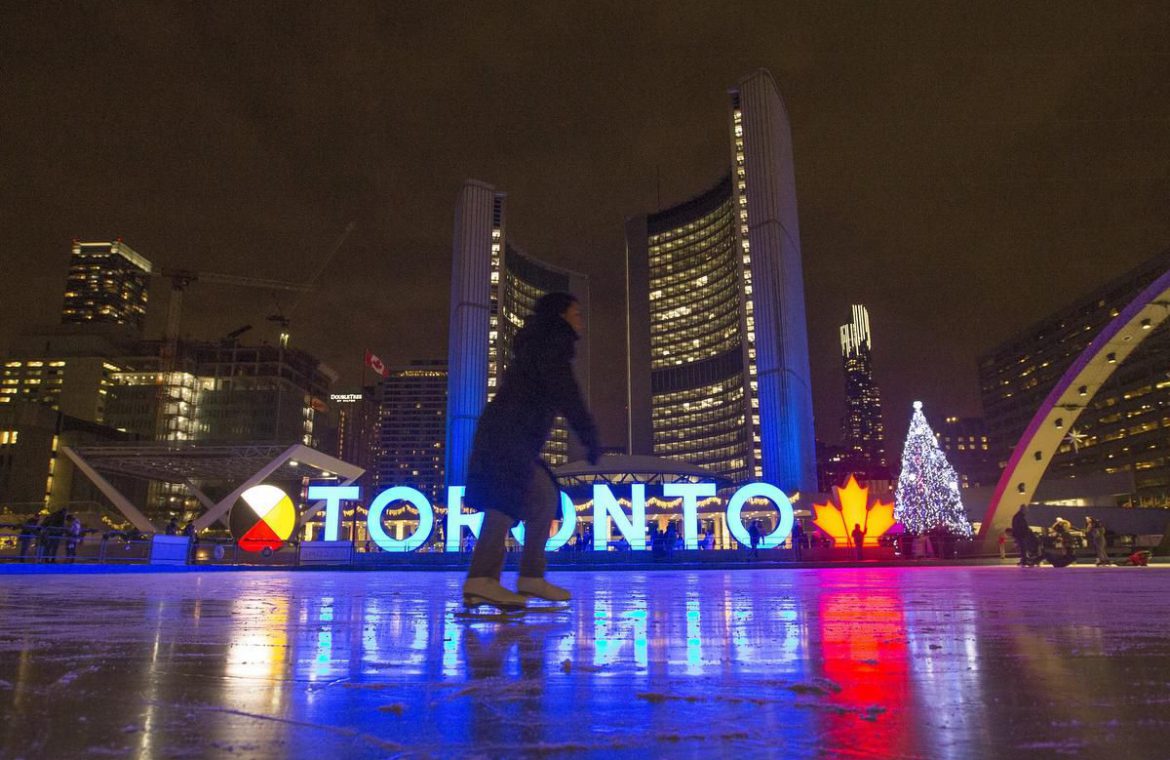 8:30 a.m. Israel says it has vaccinated 1 million people against COVID-19, more than a tenth of its population, as it rolls out one of the world’s earliest and most rapid inoculation campaigns.

Prime Minister Benjamin Netanyahu was on hand when the millionth Israeli received a vaccination in the Arab town of Umm al-Fahm. Netanyahu called it a moment of “great excitement.”

Arabs make up around 20% of Israel’s population and have been slow to embrace the vaccination campaign. They have Israeli citizenship and the right to vote but face discrimination in housing and other areas, contributing to widespread mistrust of authorities.

Netanyahu said “it’s important for me that the Arab public in Israel will get vaccinated quickly,” because “it’s saving lives.” He delivered the same message at a vaccination centre in Tira, another Arab town, on New Year’s Eve.

After a year that saw Canada’s film exhibition industry roiled by the COVID-19 pandemic, industry observers say the country’s cinemas are sitting at a critical juncture with no clear path forward.

Most theatres across the country were dark over the usually bustling holiday movie season, as they were for the majority of the year in many major markets. The few screens that continued operating did so at a fraction of their usual capacity.

Some say sustained closures to prevent the spread of COVID-19 could spell doom for the movie theatre business, which has been battered in recent years as ticket sales declined and streaming giants like Netflix chased the same audience.

“There were enormous challenges to this industry long before COVID ever forced us into lockdown,” says Jason Gorber, a film critic based in Toronto.

“But it’s really easy to be cynical and think movie theatres are dead. I don’t think that’s the case at all… There’s a real opportunity for change and for theatres to actually come back, bigger and better in some ways.”

However, Gorber and other industry experts recognize a happy ending for Canada’s movie exhibitors is far from certain at this point.

They predict the road ahead for 2021 will be riddled with crucial developments, and potentially setbacks, that could set the trajectory for the future.

Among the most urgent questions is the speed of a nationwide vaccine rollout that could determine how quickly moviegoers return to theatres.

Several anticipated blockbusters are lined up for later this year, including much-delayed James Bond entry “No Time to Die,” in April and “Fast & Furious 9” in May. After a year of schedule reshuffles, none of those release dates seem certain, especially if lockdowns continue or moviegoers lack the confidence to return to theatres en masse.

7:20 a.m. Florida health authorities late Thursday reported finding evidence of the latest U.S. case of the new and apparently more contagious coronavirus strain first seen in England, saying it was detected in a man with no recent travel history.

The case, disclosed in a Florida Health Department statement tweeted on its HealthyFla site, comes after reports in recent days of two individual cases of the United Kingdom strain of Covid-19 discovered in Colorado and California.

Florida’s health statement said the new virus variant was detected in a man in his 20s in Martin County, which abuts the Atlantic Coast above densely populated South Florida. The health department did not give further details, such as releasing the man’s medical condition or how the strain was detected.

7:15 a.m. Tens of thousands of people were walking on the casino-lined Las Vegas Strip on New Year’s Eve by early evening despite a plea from Nevada Gov. Steve Sisolak that people reconsider their plans to go out and celebrate.

While shopping, gambling, drinking yard-long frozen cocktails and gawking at the sights, most everyone out in Sin City was wearing a face mask, though not all had them covering their mouth and nose, as recommended by health experts.

Casinos have abided by state rules by spacing out chairs at slot machines and installing acrylic partitions separating people standing around craps and blackjack tables, but inside the casino corridors that snake past the gambling floors there were many areas where there were too many people strolling through to abide by social distancing guidelines.

7:13 a.m. The Thai capital is shutting down venues including schools and entertainment parks as coronavirus cases continue to spread.

Seven provinces including Bangkok have been designated red zones where places including entertainment venues, boxing rings, gyms and flea markets are ordered closed. Restaurants are allowed to serve only takeouts.

The restrictions are in place until mid-January.

Friday 7 a.m. British medics warned Friday that hospitals around the country face a perilous few weeks amid surging new coronavirus infections that have been blamed on a new variant of the virus.

A day after the U.K. posted a record 55,892 new infections and another 964 coronavirus-related deaths, concerns are mounting about the impact on the overstretched National Health Service. Field hospitals that were constructed in the early days of the pandemic but that were subsequently mothballed are being reactivated.

The Royal College of Nursing’s England director, Mike Adams, told Sky News that the U.K. was in the “eye of the storm” and that it was “infuriating” to see people not following the social distancing guidance or wearing masks.

A leading physician also warned of burnout among health workers on the front line of the outbreak in hospitals, while also urging people to follow the rules.

Thursday 7:51 p.m.: A since-fired Wisconsin hospital worker was arrested for removing more than 500 doses of COVID-19 vaccine from refrigeration, causing them to spoil, police said Thursday.

A statement from police in Grafton, near Milwaukee, said the suspect was charged after “tampering with and causing the destruction of 57 vials containing approximately 570 doses of the novel coronavirus vaccine.”

The name of the person charged has not been released.

Advocate Aurora Health initially reported that 57 vials of the Moderna vaccine were tossed after an employee “inadvertently” removed them from the fridge at the Grafton center and left them out overnight. The employee, however, admitted to doing it deliberately, officials said.

The worker was fired Wednesday.

The vaccine must be stored in a freezer between minus 13 degrees and 5 degrees Fahrenheit, then thawed in a refrigerator for 21/2 hours or at room temperature for an hour.