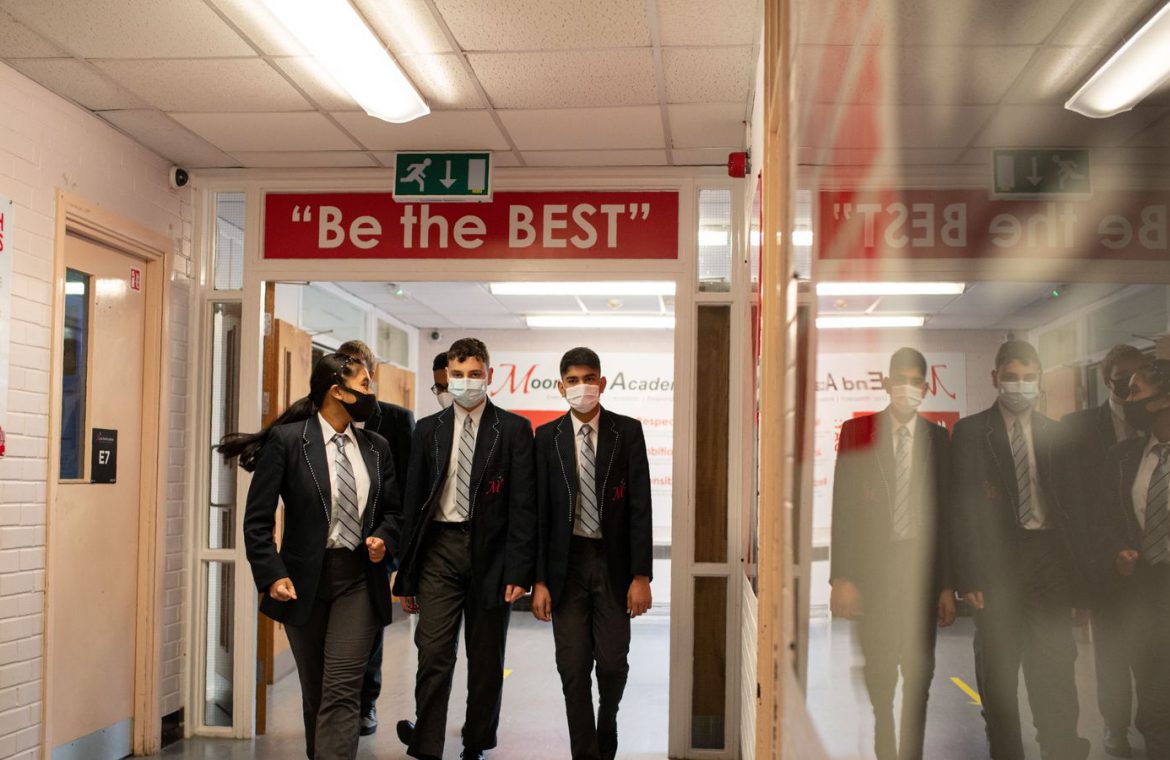 Boris Johnson is facing calls to close every school in England after an embarrassing government U-turn which means all primary schools in London will remain shut next week.

A union leader claimed what was right for London was right for the rest of the country and called on ministers to “do their duty” and close all primary and secondary schools to contain the coronavirus.

The demand, from the joint general secretary of the National Education Union, Mary Bousted, came after Education Secretary Gavin Williamson bowed to pressure to close all primary schools in the capital.

Dr Bousted has said her union would be holding an emergency meeting today to discuss the “chaos which is engulfing our schools”.

In an abrupt policy reversal following protests and threats of legal action by local authorities, Mr Williamson also signalled more schools outside London could close by warning that the list of closures is being kept under review.

On Wednesday, in a hastily arranged statement to MPs on bringing children back to school this term, Mr Williamson said that the majority of primary schools in England would open as planned on Monday 4 January.

The Department for Education later released a list of 50 education authorities in the south of England – including 22 of London’s 32 boroughs – where COVID-19 infection rates were highest and whose primary schools would be closed to most pupils for the first two weeks of term.

But to the fury of council leaders, headteachers and MPs of all parties, the government’s list included some boroughs where transmission rates were relatively low and omitted others where the rates were high.

Now, after the latest in a series of U-turns by the embattled education secretary, primary schools in all 32 London boroughs will be closed to all but vulnerable children and those of critical workers.

“As infection rates rise across the country, and particularly in London, we must make this move to protect our country and the NHS. We will continue to keep the list of local authorities under review, and reopen classrooms as soon as we possibly can.”

But Dr Bousted told The Daily Telegraph: “The question has to be asked: why are education ministers so inadequate and inept? Who is advising them? And what is right for London is right for the rest of the country.

“With the highest level of COVID infection and hospitals buckling under the tsunami of very ill patients, it is time for ministers to do their duty – to protect the NHS by following SAGE advice and close all primary and secondary schools to reduce the R rate below one.”

The pandemic is worsening hour by hour. @NEUnion has called an emergency executive meeting tomorrow. We will then issue new, urgent advice regarding the proposed opening of primary schools on 4 Jan. These developments will affect those returning to work on Monday #MakeSchoolsSafe pic.twitter.com/WWLN961VsA

And another teachers’ union leader, NASUWT general secretary Dr Patrick Roach, said: “Yet again, parents, pupils and staff are having to deal with the consequences of yet more last-minute chaotic announcements from the government.

“In just a matter of days, the government’s plans for the safe reopening of schools are unravelling.

“Primary schools and parents in Tier 4 areas across the country will no doubt wonder why the government regards the risks to their health and safety as less significant than in other Tier 4 areas in London and the southeast of England.

“All teachers, education staff and pupils, irrespective of where they live, work or are educated, deserve the same levels of protection in the face of this highly deadly and highly contagious virus.”

“This is yet another government U-turn creating chaos for parents just two days before the start of term,” she said.

“Gavin Williamson’s incompetent handling of the return of schools and colleges is creating huge stress for parents, pupils, and school and college staff and damaging children’s education.

“This U-turn was needed to provide consistency in London.

“However, Gavin Williamson must still clarify why some schools in Tier 4 are closing and what the criteria for reopening will be.”

Whitehall sources told Sky News the London U-turn was a collective government decision, taken with the backing of the Department of Health, Public Health England and local public health officials – and not “the stroke of a pen” by Mr Williamson.

Giving his backing to the education secretary, Health Secretary Matt Hancock said: “Over the past week we have seen infections and hospitalisations rise sharply across London and hospitals are coming under increased pressure.

“While our priority is to keep as many children as possible in school, we have to strike a balance between education and infection rates and pressures on the NHS.

“The situation in London continues to worsen and so today we are taking action to protect the public and reduce the spread of this disease in the community.”