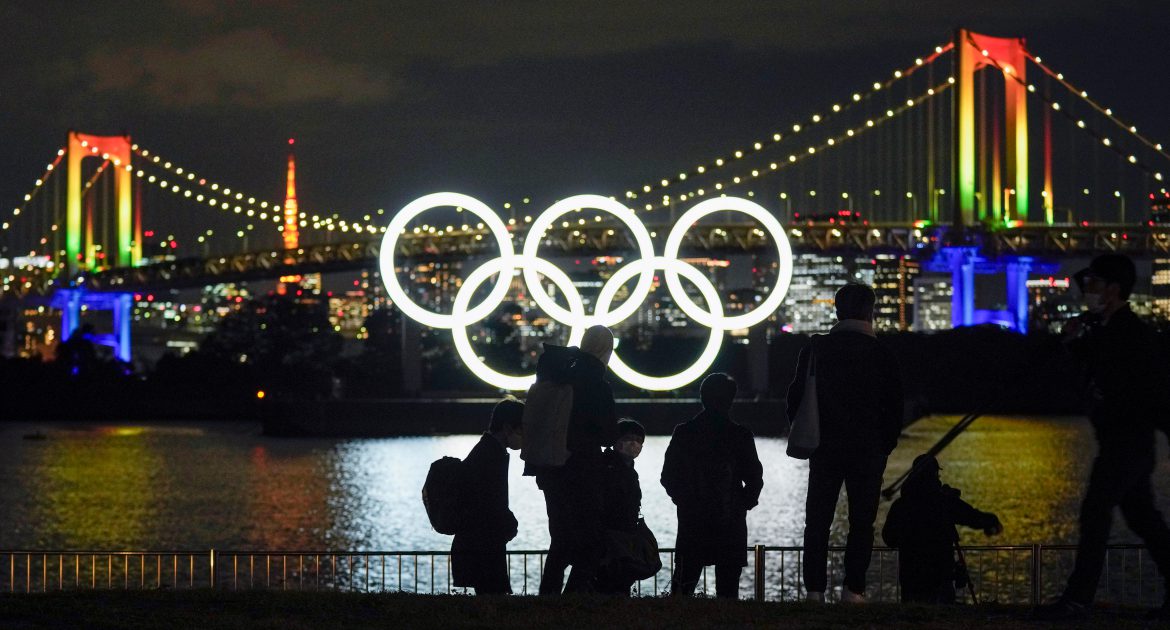 Japanese Prime Minister Yoshihide Suga began 2021 promising that the delayed Tokyo Olympics would go ahead in July, even as Japan contends with a surge in coronavirus cases and the rising cost of an event that is becoming increasingly unpopular with the public.

“The Tokyo Olympic and Paralympic Games will be held this summer,” Suga said in a written statement for the New Year, describing the event as a symbol of world unity. “We will make steady preparations to realise a safe and secure tournament.”

Japan and the International Olympic Committee decided last March to postpone the games by a year as the coronavirus pandemic sent much of the world into lockdown.

The games, involving some 11,000 athletes from around the world, are now due to take place across two weeks from July 23, with the Paralympics to follow afterwards. The event’s budget has increased by about $2.4bn as a result of the delay, organisers said in December, bringing the total to more than $15bn.

IOC president Thomas Bach, who visited Japan in November, reiterated the IOC’s commitment to the games in a video to mark the start of the New Year, noting that Tokyo was the “best prepared” Olympic city ever.

“These Olympic Games will be the light at the end of the tunnel,” Bach said.

“They will be a celebration of solidarity, of the unity of humankind in all our diversity, and of resilience.”

In Japan, however, public opinion also appears to be turning against the event.

With seven months to go, Japan is contending with a surge in cases of COVID-19, which reached record levels in Tokyo and nationwide on December 31.

IOC chief Thomas Bach was met with small protests when he visited Japan in November. Public support for the Olympics appears to be declining [File: Issei Kato/Reuters]Suga, who took office in September following the resignation of Shinzo Abe, has been criticised for his government’s response to the wave of infections after he continued to back a now-suspended programme introduced by his predecessor to promote domestic tourism.

He has resisted calls for tougher measures, but the Nikkei newspaper at the weekend reported that Tokyo Governor Yuriko Koike would ask for a state of emergency at a meeting with Economy Minister Yasutoshi Nishimura scheduled for Saturday afternoon.

‘I prayed for end to the pandemic’

The government earlier urged Japanese to limit their New Year celebrations to curb the spread of the virus.

The New Year is one of the biggest holidays in Japan when many businesses, including restaurants, often close for a week to allow families to spend time together.

People also pray at local temples, with some three million usually descending on the popular Meiji Jingu shrine in Tokyo.

Temple and shrine visits are part of New Year’s celebrations in Japan and some three million people usually visit Tokyo’s Meiji Shrine during the first days of the New Year [Kimimasa Mayama/EPA]Visitors observe social distancing and pray for their health, property and a good future during their first visit of the new year at Meiji Shrine in Tokyo [Kimimasa Mayama/EPA]This year was quieter with masked visitors queueing behind tape on the ground to stay socially distant from one another.

“Last year was full of depressing news because of the coronavirus, so I prayed that people around the world would find more happiness,” a woman in her 40s called Nami said, after offering her prayers at the shrine.

“I prayed for a speedy end to the pandemic,” said Megumi, a sports trainer in her 40s, adding that she hopes to “get through the year by enjoying the new ways that I can connect with friends.”

In his New Year statement, Suga also promised to “protect the lives of the people” and promising to work on “virus countermeasures and economic recovery”.

Japan has steered clear of strict lockdowns instead encouraging people to wear masks, wash their hands and avoid crowded and confined spaces.

While there is mounting concern about the current surge in cases, Japan’s outbreak appears limited compared with elsewhere in the world. The country of nearly 126.5 million people has reported 3,341 deaths since recording its first case in January, according to data from Johns Hopkins University.