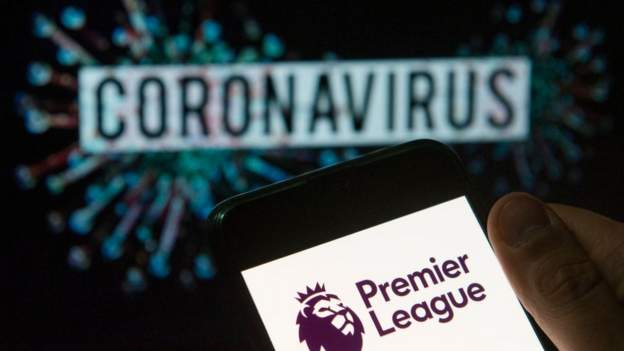 Football clubs have been urged to be stronger on players who breach coronavirus protocols.

Players from Tottenham, Fulham, Crystal Palace, West Ham and Manchester City have been criticised by their clubs for breaking England’s tier four restrictions over the new year holiday.

Meanwhile, on Saturday, Tottenham boss Jose Mourinho said he was disappointed after three of his players attended a party over Christmas against regulations.

“If I was still playing now, I would be desperate to play, so why would you want to put yourself at risk by stepping out of line?

“Players are in a very privileged position and you have to realise you are giving something back at this very vital time, try your best to be a role model. The families have to do this as well.”

Former Blackburn striker Chris Sutton also told 5 Live: “It doesn’t sit right with me that players are being allowed to play games or be on the bench if they breached rules.

“The club should say you have broken the rules you are not playing. Premier League players shouldn’t get special favours and they are.”

“You can’t say ‘deal with it internally’ and still play them. That will fall on deaf ears. To make a real message, you have to drop them from teams.”

‘Society will be better if we judge ourselves’ – Guardiola on Mendy

The mixing of households indoors is banned under the UK government’s tier four restrictions in England.

A spokesperson for France international Mendy said the 26-year-old held a dinner party with guests from outside his household. He apologised and was an unused substitute for Sunday’s 3-1 win at Chelsea.

After the game, City boss Pep Guardiola said: “Normally in this society we judge, but society will be better if we judge ourselves. I’m not justifying him, he broke the rules. But don’t give too many lessons to the other ones.

“He’s a special guy for all of us. He has to understand things, he invited two to three people on New Year’s Eve. All have tested negative, and they had a party, and what happened, happened. I would like to know how many people broke the rules on New Year’s Eve.”

Who else broke the rules?

Milivojevic played in Saturday’s 2-0 win over Sheffield United after testing negative for coronavirus.

Hodgson condemned and apologised for the actions of his skipper, but said: “We know he [Milivojevic] didn’t put the other team at risk because he tested negative.

“We weren’t concerned about breaching any Premier League protocols and therefore I think it was correct Luka played the game.”

Lamela and Lo Celso were not involved in Saturday’s 3-0 win at home to Leeds while Reguilon, who joined from Real Madrid in September, was on the bench.

Lanzini, who came on as a substitute in Friday’s 1-0 win at Everton, has apologised saying he made a “bad mistake”.

City, Spurs, Fulham ad West Ham have also said they will deal with the matters internally.

Analysis – Can Premier League or FA do anything?

It has been an uncomfortable week for the Premier League.

With positive tests, matches called off and highly paid players breaching guidelines to which the public is being told to adhere, the game is generating headlines it does not want.

The fact that two of the five clubs whose players breached guidelines asked for postponements is not a good look.

As these breaches are personal ones, it is down to the individual clubs to deal with them rather than the Football Association or the Premier League.

However it is fair to assume all clubs will be reminding their players of a responsibility to the game, given the football “business” is being allowed to continue when so many others are not.

‘Do they think they’re above the law?’ – some of your reaction

Ben Rogers: One of the major issues during the pandemic has been the feeling that there’s one rule for us, and another for them. A number of Premier League footballers breaking protocol does more harm than they know.

Chris: The FA needs to step in now and punish the clubs whose players have broken protocol. Do they think they’re above the law and better than the common man or something?

Ollie Cottam: It’s time the Premier League got tough on Covid breaches. Three-match ban for the individual on first offence, three-point deduction for the club on second. There is no excuse, and saying sorry isn’t enough.