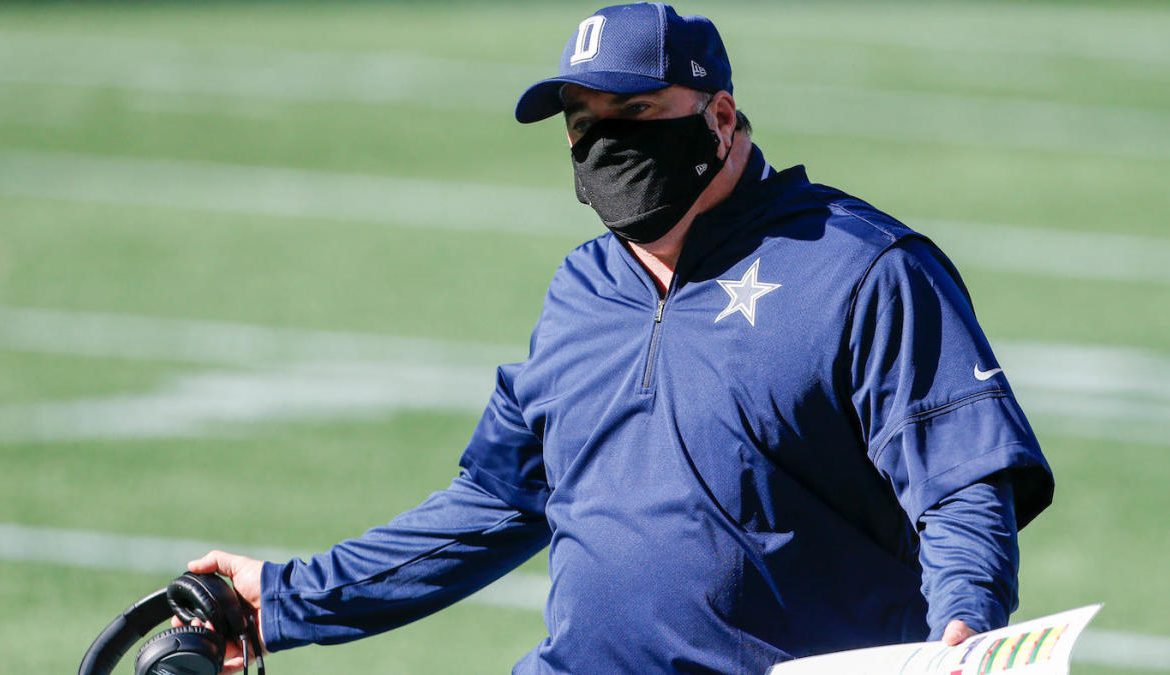 It’s been a wild ride in the NFC East this season, and things just got a bit more complicated for both the Dallas Cowboys and New York Giants as they ready to square off in Week 17. It’s a game both must have in the win column if they’re to have a shot at stealing the division crown away from the Washington Football Team, but COVID-19 issues have suddenly forced both teams to adapt on the fly — in ways that could determine who ultimately has the edge in the fight.

Dave DeGuglielmo, the Giants offensive line coach who replaced Marc Colombo in mid-November, has tested positive for the novel coronavirus, the team announced on Friday. There were two additional potential close contacts to DeGuglielmo, but while the Giants’ facility will remain open, they’ll be without their O-line coach when the Cowboys stroll into MetLife Stadium on Sunday.

Not long after that news arrived did the Cowboys themselves announce they’d be operating virtually on Friday, per head coach Mike McCarthy, and it’s been discovered the reason for the change isn’t New Year’s Day, but instead due to a player having tested positive for COVID-19 — a source confirmed to CBS Sports.

“We’re using the contact tracing and all the protocols that we’ve been using,” McCarthy told media.

The team moved safety Darian Thompson and defensive tackle Justin Hamilton to the reserve/COVID list on on Friday, the former having already been likely to miss the contest due to a concussion suffered in the Week 16 victory over the Philadelphia Eagles, while the absence of the latter will impact the team’s already questionable ability to stop the run.

The Cowboys reopened their facility for full practice on Saturday, as expected, but did so without three assistant coaches in tow — mirroring a bit what the Giants are dealing with regarding DeGuglielmo. Neither assistant head coach Rob Davis, offensive assistant Scott Tolzien nor assistant special teams coach Matt Daniels made the trip to New Jersey, as the club continues it’s adherence to COVID-19 protocols, separate sources confirm to CBS Sports, adding additional handicaps to the Cowboys side of the equation for Sunday’s matchup.

Unlike other teams who have suffered outbreaks at varying points this season, the Cowboys have been one of the better examples of how to following the league’s COVID-19 protocol, this latest positive test result being just their third of the regular season — the others being quarterback Andy Dalton and defensive tackle Walter Palmore. Ezekiel Elliott tested positive during the summer in what served as a wake-up call for the team and league in general and since then, Dallas has been stringent in its dedication to battling the pandemic.

As for the coming battle in Week 17, there is no tomorrow for the loser. The winner would capture the NFC East, but only if Washington loses to the Philadelphia Eagles on Sunday night. The Giants must quickly identify who’ll take the reins as O-line coach in the absence of DeGuglielmo and facing a suddenly takeaway-thirsty Cowboys defense, while McCarthy works through COVID-19 protocol and having to replace two players — one expected and one not — in the defensive rotation, along with shuffling duties on his coaching staff.

And so it goes, that the dramatic season for the NFC East becomes that much more so at the buzzer.

Don't Miss it Twenty years ago 9/11 changed everything for the West and now China’s rise and COVID-19 are part of the story
Up Next Covid-19: Oxford-AstraZeneca vaccine approved for use in UK – BBC News