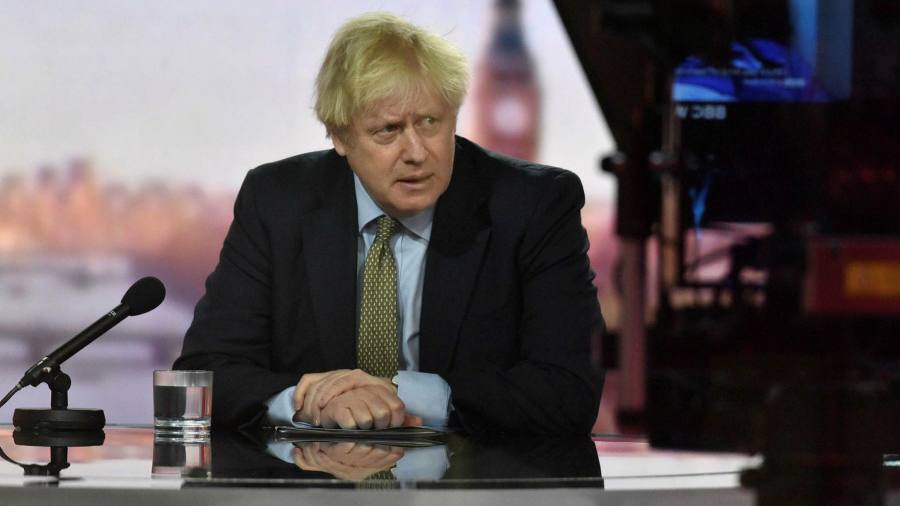 Boris Johnson has put England on alert for tougher Covid-19 restrictions and possible further school closures as ministers raced to deploy a vaccine against the backdrop of a chaotic return to the classroom.

With hospitalisations in England rising by a third in the past week, Keir Starmer, Labour leader, said the virus was “out of control” and called for a repeat of November’s national lockdown within 24 hours.

Mr Johnson’s plan to reopen most primary schools in England on Monday morning was in disarray, with unions and some councils calling for them to remain closed and some schools shutting their doors unilaterally.

In an attempt to regain control of the pandemic response, ministers have now deployed more than 5,000 armed forces personnel to the UK-wide Covid effort — Britain’s biggest ever homeland operation in peacetime.

The military will be assisting in more than 70 tasks, from testing in schools and vaccine rollout to logistics and planning. Their work includes virus screening for hauliers in Dover and helping to establish ten new testing sites to improve the flow of traffic across the Channel.

The prime minister said that while schools were safe, it might be necessary to close more of them in parts of England that were in tier 4 — a designation in place for 78 per cent of the population.

“The question is can we bring the virus under control and keep schools open?” Mr Johnson told the BBC’s Andrew Marr. “We will keep things under constant review.”

Mr Johnson’s allies believe much of the rest of England’s population still living under tier 3 restrictions could be moved into tier 4 by the end of the week, as the country waits for the mass rollout of vaccinations.

“We are entirely reconciled to do what it takes to get the virus under control; that may involve tougher measures in the weeks ahead,” Mr Johnson added.

Tier 4 includes tight social restrictions, the closure of non-essential retail and advice to work from home; the main difference between tier 4 and the March 2020 lockdown is that ministers have tried to keep schools open.

Sir Keir called for a return to the November national lockdown, which would in effect put the whole of England into tier 4. He also wants tweaks to existing rules, such as the closure of zoos.

The Labour leader said he wanted schools to stay open if possible, but conceded: “It is inevitable more schools will close.”

Events on the ground could force the government’s hand. The government faced a revolt from teachers as the National Education Union advised members in primary schools set to stay open to work from home, on the basis it would be “unsafe” to return to work.

The UK reported 54,990 new cases of the coronavirus on Sunday and a further 454 new deaths within 28 days of positive Covid-19 test.

Primary schools in London and other virus hotspots in the south of England are already scheduled to stay closed until January 18. Secondary schools and colleges are set to remain closed for most pupils in England — except those studying for exams — until the same date.

The number of beds occupied by confirmed Covid patients soared by 33 per cent in England between Christmas Day and January 2, according to the latest official data.

Meanwhile, six hospitals — two in London, and others in Brighton, Oxford, Lancashire and Warwickshire — will become the first to administer the newly approved Oxford/AstraZeneca vaccine on Monday.

The government has ordered 100m doses of the Oxford vaccine, with the first half a million doses available on Monday. Tens of millions more doses are due to be delivered in the coming weeks.