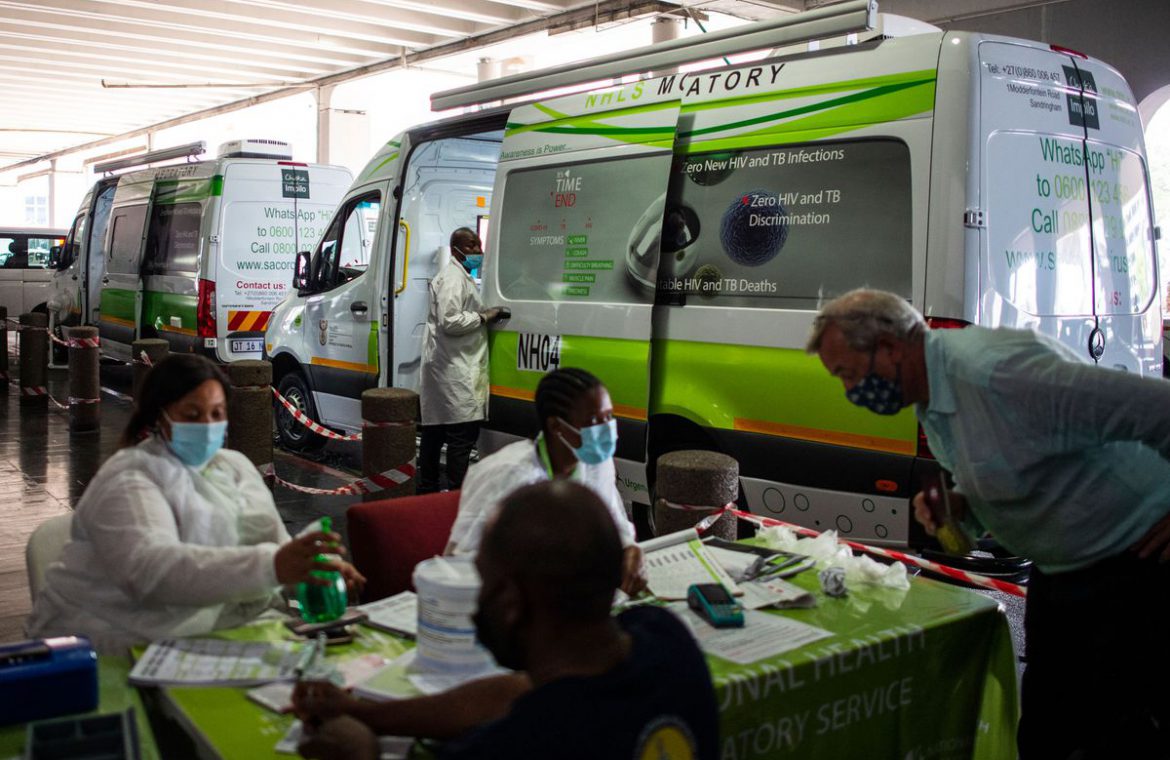 Medical staff members of the South Africa Health Department takes the details of a patient outside a mobile testing unit at O.R Tambo International Airport in Ekurhuleni on Dec. 30, 2020.

One of the world’s leading manufacturers of COVID-19 vaccines has disclosed that it doesn’t plan to distribute its vaccine in South Africa, the most badly hit country on the African continent.

The decision by Moderna Inc., whose vaccine is currently being distributed in Canada and the United States, is another indication of the severe difficulties African countries face as they seek fairness in the distribution of vaccines. Some have complained of “vaccine apartheid” by wealthier countries hoarding the supply.

South Africa has recorded more than 1.1 million cases of the virus – about 39 per cent of all cases in Africa – and nearly 30,000 deaths. Its government is under heavy pressure to acquire a vaccine as soon as possible, but it says it was unable to persuade Moderna to submit its vaccine to the South African Health Products Regulatory Authority (SAHPRA), the agency that approves vaccines.

“We reached out to them,” said Anban Pillay, deputy director-general of South Africa’s Health Department, at a briefing on Sunday.

“We tried to persuade them around supply,” he said. “It’s clear that they have no intention of filing a dossier any time soon with SAHPRA.”

More than 12 million doses of COVID-19 vaccines have been distributed so far in 33 countries worldwide, but none of those countries are in Africa, according to statistics compiled by Our World In Data, a research group based at the University of Oxford.

John Nkengasong, director of the Africa Centres for Disease Control and Prevention, warned last week that the world could face a “moral catastrophe” if vaccines are hoarded by wealthy countries, preventing Africa from getting a fair supply.

“We cannot delay, we need those vaccines and need them now,” Dr. Nkengasong said.

One company, Pfizer Inc., has reportedly offered to supply 50 million vaccine doses to African countries by the end of 2021, but this is expected to cover only a limited number of people, primarily health care workers, since it is a two-shot vaccine. Its cost could also be prohibitive for many African countries.

Donna Patterson, a scholar at Delaware State University who studies African health and pharmaceutical issues, said the decisions by companies such as Moderna and Pfizer are troubling.

“The West does not exist in a silo, and people anywhere in the world should not be denied access to vaccine because of where they were born,” Dr. Patterson told The Globe. “Access to new and extant pharmaceuticals should be distributed equitably.”

She noted that some companies, including Pfizer, have tested their vaccines in trials in South Africa. “Given the use of South African bodies for R&D of the drug, Pfizer should consider making a larger amount of the vaccine available to the wider South African citizenry.”

Some African countries are negotiating access to vaccines from China or Russia, but neither country has submitted the required full data for regulatory approval in South Africa, Dr. Pillay told the briefing on Sunday.

This leaves only a few potential vaccines for South Africa. The most likely candidate, in the near term, is the AstraZeneca vaccine; it originated in Britain and is already being produced by the Serum Institute of India, which has made nearly 50 million doses so far. It has an agreement to provide vaccines to COVAX, a global initiative that provides affordable vaccines to low-income and middle-income countries.

The Serum Institute, however, is planning to concentrate on supplying India for the next two months before it begins any exports, according to a Reuters report on Sunday.

They are also hoping to receive vaccines from other sources as early as February, but they did not disclose those potential sources, citing non-disclosure agreements that South Africa was required to sign with pharmaceutical companies.