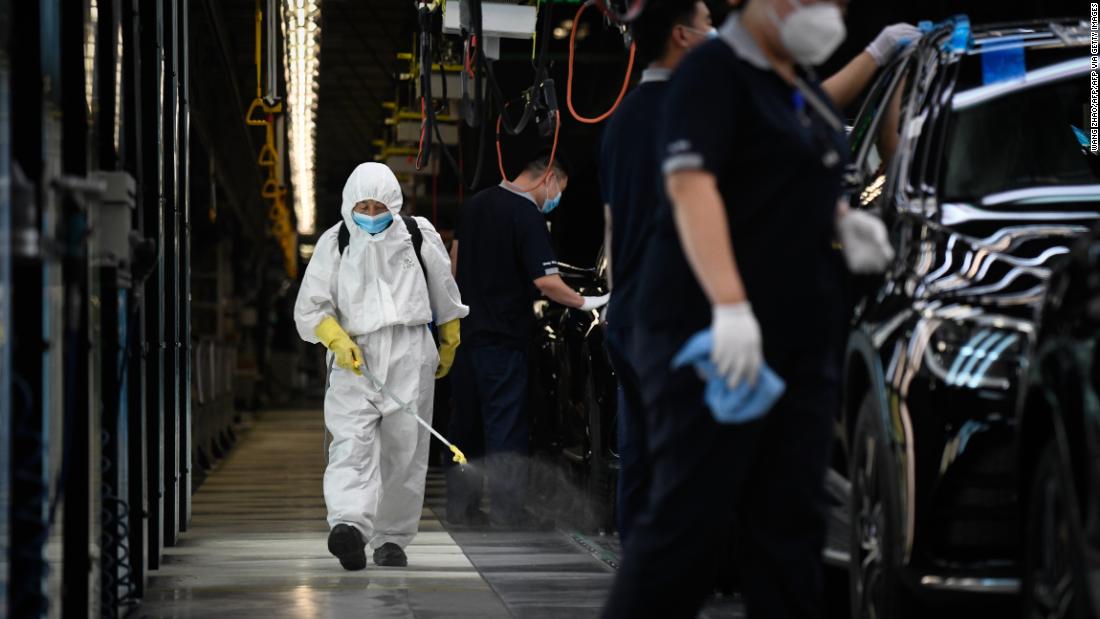 While scientists are still examining the exact origins of the virus, whether or not it came from bats or another animal, how it mutated to become so infectious and so deadly, and how long it was around before the initial outbreak, that Wuhan was the initial epicenter is undeniable.

Equally undeniable, is how effectively the city has rebounded, just last week hosting a New Year’s party as much of the world remains in effective lockdown — a success that has become a major point of pride in China.

As the country has moved past its initial mishandling of the virus — officials appear to have downplayed its severity and the potential for a pandemic, preventing an effective response until too late — Beijing has reveled in contrasting its own successes with the situation in other countries, particularly the United States.

But the stain of being the place where the pandemic emerged remains. In recent months, Chinese state media and officials have begun hyping up reports of potential other sources, pointing to research that may suggest — or can be manipulated to suggest — that the virus was circulating earlier than first thought and, most importantly, was circulating outside of China.

This does little to change the fact Wuhan was where the first outbreak occurred, but the chance of blaming another country for the pandemic, just as China was — largely unfairly — blamed for the emergence of the coronavirus last year, seems too good to pass up.

“More and more research suggests that the pandemic was likely to have been caused by separate outbreaks in multiple places in the world,” Chinese Foreign Minister Wang Yi claimed this month. “(China took) immediate actions to carry out epidemiological investigation, identify the pathogen and publicize key information including the genome sequencing of the virus. All this sounded alarm bells across the world.”On Monday, reports circulated on Chinese social media that the virus had been detected on auto part packaging in multiple cities, including from foreign brands. By the afternoon, Wu Zunyou, chief epidemiologist at the Chinese Center for Disease Control and Prevention, had stepped in to tell state media the auto parts in question were not imported, and whatever traces of the virus were detected were unlikely to be infectious. While Wu effectively dismissed the potential car parts origin theory, it has echoes of far more widely reported claims that the virus could have entered China via frozen foods. For months, China has been testing and disinfecting frozen products coming from overseas, over fears the virus could reenter the country that way, even as experts remain skeptical about this as a potential source of infection. The World Health Organization (WHO) says it is “highly unlikely that people can contract Covid-19 from food or food packaging,” and the United States Centers for Disease Control and Prevention says the risk is “thought to be very low.” Both insist there is no evidence of such transmission, and countries have even threatened to bring a case against China at the World Trade Organization over import restrictions.

Chinese experts disagree however, with Wu himself saying in November that “more and more evidence is showing that frozen seafood or meat products can bring viruses from outbreak countries into China.”

While initially this theory appears to have emerged from an abundance of caution after China had essentially controlled its domestic outbreak and was concerned new infections from overseas could undermine this, it has evolved to present a potential cause of the pandemic itself — one that would, conveniently, serve to diminish Chinese government responsibility.

“All available evidence suggests that (the coronavirus) did not start in central China’s Wuhan, but may come into China through imported frozen food products and their packaging,” the People’s Daily, the official mouthpiece of the Chinese Communist Party, claimed in November, citing Chinese experts, including Zeng Guang, chief epidemiologist of the Chinese Center for Disease Control and Prevention. “Wuhan was where the coronavirus was first detected but it was not where it originated,” Zeng said, telling another newspaper “tracing the virus cannot answer all questions, but it is very likely that the virus had co-existed in multiple places before being spotted in Wuhan.”

As well as speculating about frozen food packaging, Chinese officials and state media have also hyped studies that seem to suggest the virus was circulating outside the country last September or even earlier, even as scientists have criticized the methodology of certain papers and warned against drawing conclusions from them.

“Strong claims supported by flimsy evidence get widely reported without the necessary scrutiny and consideration of a wider body of available evidence,” Francois Balloux, a geneticist at University College London, wrote in a Twitter thread about several reports of earlier circulation, noting that the evidence for the virus being in Europe as early as August was “highly unconvincing.” Last month, Global Times, a nationalist Chinese state-run tabloid that has been at the forefront of pushing this and other theories, ran an “investigation” into “a new hypothesis: did the early outbreak in Wuhan originate from imported frozen food?”

“Although it might be too early to jump to conclusions, the possibility that the coronavirus was passed on from cold-chain products into Wuhan, or more specifically, to the Huanan wet market, where the sale of frozen products was once prevalent, cannot be ruled out,” the paper claimed, adding that “more evidence is needed, and scientists worldwide are urged to join hands to further research this hypothesis and pinpoint the origin of the virus.”

Such research is underway, with a WHO team arriving in Wuhan last month to investigate the origins of the pandemic, after months of negotiation with Beijing, which has been wary of allowing any outside probe until now.

One member of the team told reporters that the trip was “really not about finding a guilty country.”

“It’s about trying to understand what happened and then see if, based on those data, we can try to reduce the risk in the future,” said Fabian Leendertz of Germany’s Robert Koch Institute, according to the BBC.

But China may fear that the WHO investigation — if it confirms the basic facts of the Wuhan outbreak as currently understood, including that officials failed to recognize the true danger of the virus and tried to suppress reports and gag whistleblowers — could blow back on Beijing just as the country is working to rehabilitate its image.

By muddying the water with talk of potential outside origins, regardless of the fact this does not change that Wuhan was where the first major outbreak took place, Beijing’s propagandists may hope to undercut any such criticism, or even provide a potential sop for the WHO report to avoid assigning blame.