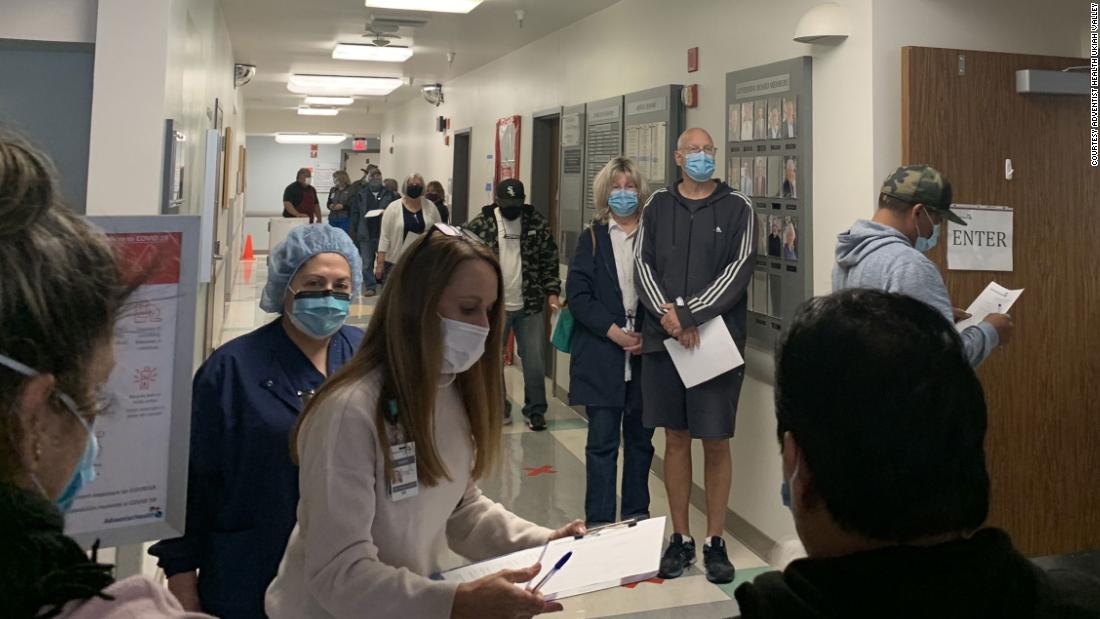 And they took on the challenge.

The executive team at Mendocino County’s Adventist Health Ukiah Valley Medical Center was notified during a safety inspection Monday morning that a freezer was found to be at room temperature, Judson Howe, of Adventist Health, told CNN. And the alarm that was supposed to alert staff of the temperature change had also malfunctioned.

Unlike the Pfizer-BioNTech vaccine, Moderna’s vaccine can be stored in normal freezers and does not require ultra-cold transportation. But at room temperature, the vaccine has a shelf life of about 12 hours, Howe said.

Hospital officials contacted Moderna but did not hear back. So, the hospital decided to race the clock and administer the vaccines.

“It was our main focus to make sure that we got every single vaccine into every arm. We reached out to the county public health officer and informed them of the situation and with a collaborative approach, we were able to administer all 830 vaccines in a matter of two hours,” Howe said.

The freezer bust comes as local and state leaders across the country have scrambled to get all the distributed vaccines administered — amid what has also been a slower vaccine rollout than hoped. In California, just about 27% of the vaccines that have been distributed have made it into arms so far. Gov. Gavin Newsom this week promised “aggressive action” to accelerate the administration of vaccines, including granting a waiver that will allow dentists to administer the vaccine after training.

About 200 doses went to the county to administer, 70 went to skilled nursing facilities and the rest went through four clinics, prioritized according to state guidelines, medical officer Dr. Bessant Parker said.

The emergency was “all hands on deck,” Parker says, and he, too, was “running around” to help coordinate the process.

“Given that this was an emergency, we focused on as many people as we could quickly mobilize within the tiers, and then the rest was to the general public on a first-come, first-served basis,” Parker said. The hospital had to turn away at least 200 people who showed up seeking the vaccine. Those who received their shot were given CDC cards for tracking purposes.

“The reality is we were presented with a tough situation and we weren’t going to let any vaccine go to waste,” Howe added.

NaphCare, the health care provider for county inmates, administered the vaccines, adding they were distributed according to guidelines from the state’s health department.

“We had a ‘use it or lose it’ unanticipated event,” County CEO Carmel Angelo said. “Many thanks to Adventist Health for their quick notification, to NaphCare nurses for administering the vaccines and to the Sheriff’s Office for providing space and staff support. We hope this never happens again, but we did learn that we can mobilize quickly to serve our community.”