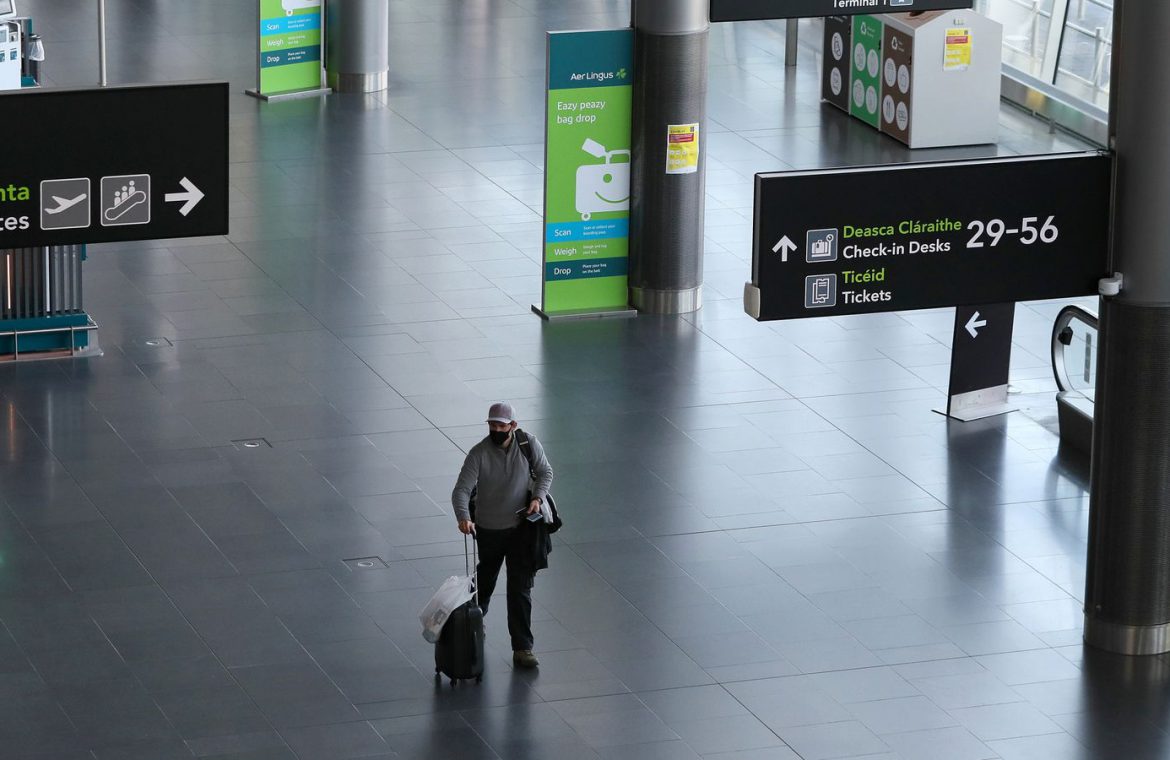 Visitors to Ireland will have to produce a negative COVID-19 test taken within the previous 72 hours, as the country’s government brings in a raft of tough new restrictions.

The requirement for a PCR test will initially apply to travellers from Great Britain and South Africa – who until Friday night are banned from entering Ireland.

The new arrangements will begin on Saturday before being extended to all countries.

🇮🇪🇬🇧 Irish government announces that British travel ban ends midnight Friday. After that, visitors from GB must produce negative #covid19 test on arrival, or face €2,500 fine or up to 6 months imprisonment.
Will be extended to other countries in time pic.twitter.com/feggtbsnfZ

Ireland has seen a surge in COVID-19 cases due to a loosening of restrictions in the run-up to Christmas and the arrival of the more contagious variant of the virus, which was first detected in the UK.

Of the positive cases that had arrived from Britain in December, 41.3% had been the new variant, said Prime Minister Micheal Martin.

The country is already in its top tier (Level 5) lockdown, but continuing record daily case numbers meant new restrictions had become an inevitability.

Besides the new travel requirements, the country’s schools will now remain shut for the remainder of January (except for final-year students), and non-essential construction projects, previously permitted, will have to shut.

Non-essential retailers will no longer be allowed provide a “click-and-collect” service, and will be restricted to delivery only.

Mr Martin said “we simply have to suppress this surge, and flatten the curve once again”, and warned of the “tremendous harm that can be done if we let our guard down in any way”.

Today’s new measures will remain in place until at least 31 January.

Image:
A woman walks past a closed bar in Dublin. File photo

Meanwhile, there are suggestions bars and restaurants in Ireland are likely to remain shut until the end of March due to coronavirus restrictions.

When asked about those establishments, Deputy Prime Minister Leo Varadkar: “If I was running a business now, I would be thinking that it’s a probability that I’ll be closed until the end of March.”

Current public health measures are due to be reviewed at the end of January, but Mr Varadkar said the country was not going to be “out of the woods” by then.

Analysis: The difficulty with this kind of arrangement remains Northern Ireland

Critics call it a case of shutting the barn door after the horse has bolted, but finally visitors to Ireland will have to show they’ve been tested for COVID.

There had been calls for this measure as far back as the first wave, and opposition politicians have said it’s too little, too late.

From Saturday, visitors from Britain will have to provide a negative PCR test result, taken within the previous 72 hours.

Even then, a two-week isolation period beckons. But as always, the difficulty with this kind of arrangement remains Northern Ireland.

There is no requirement for a test to enter Northern Ireland from the rest of the UK.

As seen during the Brexit negotiations, the open border between North and South is sacred to the Dublin government, and it will not contemplate any form of checks there.

Theoretically, there is nothing to stop someone circumventing Ireland’s new rules by flying into Belfast and driving south.

When I asked Ireland’s prime minister about this challenge, he admitted “it is a problem”.

He spoke of continuing engagement with the Northern Ireland Executive, but as his transport minister Eamon Ryan added: “Stormont will have to make their own call.”

Don't Miss it After a freezer filled with Covid-19 vaccines broke, a California hospital scrambled to administer more than 800 doses in about 2 hours
Up Next N.B. COVID-19 roundup: Russell, Shephard to provide update as entire province enters orange phase