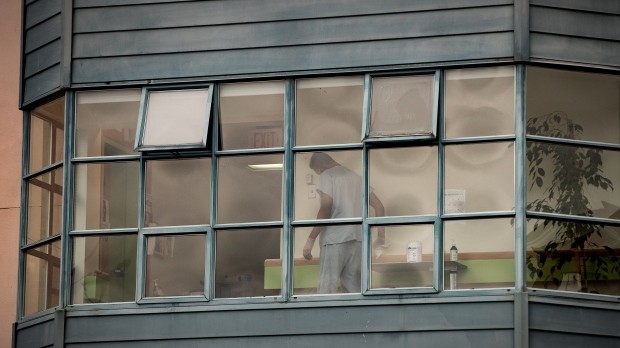 VANCOUVER —
As families grapple with the devastation that has rocked Little Mountain Place, a Vancouver nursing home where nearly half of the residents who were infected with COVID-19 have since died, leaked videos are shedding light on what possibly went wrong.

At the 116-bed facility, 99 residents were infected with the virus, 41 of them have since died and 53 have recovered, according to a Zoom call between health officials and residents’ families Tuesday.

The leaked recordings, which were first reported by South China Morning Post and later obtained by CTV News Vancouver, reveal staff were working double shifts and many may not have recognized their fatigue or aches as a COVID-19 symptom.

Dr. Andrew Hurlburt, a Vancouver Coastal Health prevention and control physician, told family members via a Zoom call on Dec. 29 that the virus was likely spread by staff who unknowingly had COVID-19.

“After a little bit of looking forensically, we had a number of people working with a lot of people early on during their infectious period, so there were a lot of people who were exposed,” he said. “This really led to a perfect storm, wherein we were very short-staffed and a lot of the staff were familiar with the PPE processes, but what we’ve seen is that familiar really isn’t good enough.”

Of the remaining staff who were working, he said, many of them took on extra shifts.

“This led to something that we see a lot in health care: presenteeism, where people felt really compelled to come to work to help out and they push through things that they would otherwise, you know, maybe pay attention to, things like fatigue or they would explain away muscle pain and aches because they’ve been working double shifts for 10, 12, 14 days in a row. And then it would turn out they have COVID-19,” he explained.

Dr. Bonnie Henry said she did not know the details of the Little Mountain place outbreak but acknowledged the culture of presenteeism in health care, especially in care homes.

“Nobody intentionally wants to bring it in, but we have seen that in many cases where people are in denial that I’m sick … that’s why we have – particularly in outbreaks – we have regular testing of health-care workers and staff and residents at periodic times several times a week during these outbreaks to pick up people when they may not recognize it,” Henry said during the COVID-19 briefing.

She also said there is a need to ensure staff are trained again on cleaning their hands and proper PPE usage.

According to the leaked briefings, at least 70 staff also tested positive and 67 of them have been cleared of their infectious status.

Hurlburt also told family members staffing levels have since been ramped up and the infections have slowed down, adding all eligible residents and staff have been vaccinated.

CTV News contacted Vancouver Coastal Health for comment, but the health authority deferred to Henry’s statements during her briefing Thursday.