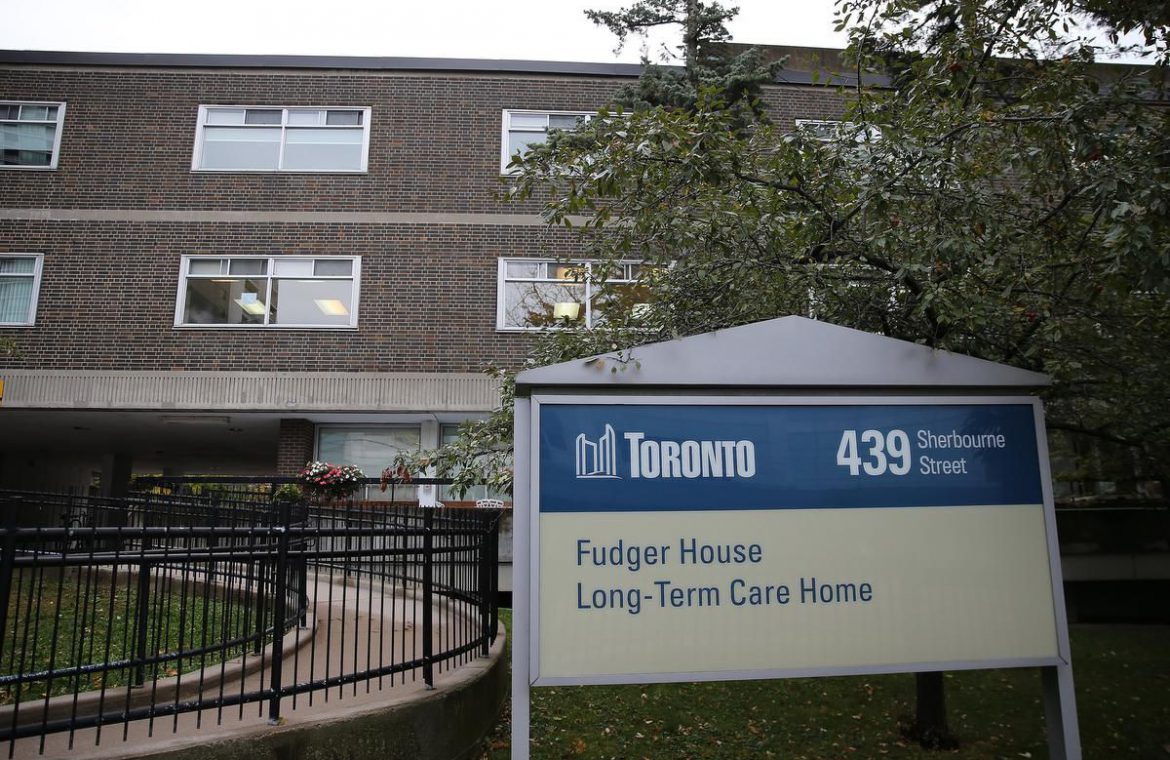 There’s a very bright spot inside the Castleview-Wychwood long-term-care home run by the city near Dupont and Christie Streets north of the city’s core.

A bulletin board has been steadily filling up with what are being called “vaccine selfies” as the staff in the 456-bed home sign up to be inoculated against the deadly COVID-19 virus that has devastated LTC homes across the province.

Indeira Lesiak, infection control nurse practitioner, was one of them. Responsible for informing and training her colleagues throughout the pandemic on safety protocols to keep staff and the residents safe, Lesiak was first in line to be vaccinated for the city’s long-term-care division.

“I do a lot of education, so I want to show the staff I’m not just saying this,” she told the Star in an interview Wednesday. “I practise what I teach.”

More than 90 per cent of the residents at Castleview have now been vaccinated as well, she said, with four other city-run homes seeing vaccines rolled out since Dec. 31, according to the city.

It’s progress for the city homes that have largely seen controlled outbreaks and relatively few deaths as the second wave of the pandemic rages on.

So far, Toronto’s 10 city-run homes are faring far better during that second wave than their for-profit and non-profit counterparts. Advocates say that’s largely due to better working conditions for staff, greater accountability of management, more funding for patient care and closer oversight by health care professionals.

“It hasn’t been easy,” Lesiak said. “And now that the vaccination is here, we’re all very excited and very, very motivated.”

She choked up as she spoke about her colleagues, saying constant communication between management and front-line workers, as well as continuous support from the city has made all the difference.

“Our team here has been so amazing. Our staff stepped up,” she said, adding that they even volunteered to work on units with positive residents because they were confident in their skills and had the supplies they needed.

The city did a good job at protecting residents in the first wave, and a better job in the second wave, said Paul Raftis, who leads the division running the 10 homes.

During the resurgence of the virus since September, 138 residents have been infected and 18 of them — less than one per cent — have died.

Across the province, there were 1,160 confirmed active resident cases as of Jan. 4 and 98 residents died in the last two weeks of 2020 alone, according to provincial reports.

Since the start of the pandemic, Toronto’s city-run LTC homes have reported an average of 3.2 deaths per 100 beds compared to a rate of 11.2 at for-profit homes in the city and 5.6 at non-profits, provincial data analyzed by the Star’s Ed Tubb shows. Researchers have pointed to several factors, including crowding and older design standards, that could contribute to LTC outbreaks and deaths.

“One death is tragic and too many, but we are very much down from the first wave,” Raftis said. “Looking at the data, we did much better in the second wave.”

Achieving that hasn’t been cheap. COVID-19 containment measures for the homes between Sept. 1 and Dec. 31 cost the city $15 million.

Much of that was for staffing, with some residents who wander (or other behaviours that could trigger spread) getting a dedicated staff person.

The second wave also saw relationships between each home and a nearby hospital formalized to provide care, support and administer vaccines.

Only essential caregivers have been allowed to visit, and they must provide proof of a negative COVID-19 test. Staff are tested every seven days.

“We were able to identify early any infected staff or essential caregivers, before they had symptoms, and that was critical to reducing the number of resident cases and spread in the homes,” Raftis said.

The hardest-hit city home was Fudger House on Sherbourne Street, where a major outbreak claimed 13 lives.

Raftis said tight living conditions in the older home were a big factor. A COVID unit was set up in the gymnasium and some residents moved to another home. Rooms will no longer have up to four residents.

Testing was increased to every three days for residents and every five days for staff. The Fudger House outbreak is over, but as of Thursday there were outbreaks at three city homes — True Davidson Acres, Kipling Acres and Castleview-Wychwood Towers.

As the virus hits more Ontario seniors homes, Raftis said he is “always concerned — this virus has turned out to be exceptionally difficult to manage.

“But my team, working with (Toronto Public Health), will work around the clock to do everything possible to stop the spread,” he said.

Dave Mitchell, president of the union local representing workers in the city-run homes, said they have escaped major second-wave outbreaks so far for a couple of reasons.

The city has kept up efforts to prevent people from working at multiple facilities, a situation that enabled virus spread during the first wave.

“Our homes have been quite strict on doing checks on folks who may be still trying to do two jobs,” Mitchell said.

The city has tried to give city staff as many hours as possible and used contracted staff only temporarily to put down major outbreaks, he added.

The other difference is the transparency and accountability demanded for city-run homes.

Every Monday morning, Mitchell and his team meet virtually with two senior city managers who field questions and brainstorm on possible solutions.

Also, he said, “Nobody wants to be the administrator that says, ‘My home is out of control.’”

Dr. Samir Sinha, director of geriatrics at Sinai Health System and the University Health Network, who also co-chairs the city’s seniors strategy, praised the city for working to ensure a better level of care even before the pandemic began.

In 2019, city council unanimously approved an increase in direct care staffing levels in their home from 3.5 hours to 4 hours per day per resident and committed to funding the $24-million annual difference themselves, regardless of whether the provincial government agreed to help cover the cost.

“When you actually look at the hours of direct care per day that are being provided in municipal home, not-for-profits versus for-profits, you’ll find that the city of Toronto is already providing a higher per average hour of day care,” Sinha said, explaining that general manager Raftis brought the plan to Mayor John Tory and Tory saw it approved at council with little debate.

“I was shocked that it wasn’t even an argument — the mayor and council just went right through it,” Sinha said. “It’s hard enough for me to get other things done through the city. But that was something that nobody actually had a problem with. And I was just absolutely blown away by that.”

He said the city’s staffing model is the “secret sauce” of its success at containing the virus.

But he said he’s concerned at the pace of vaccinations rolling out for long-term-care homes and essential family caregivers.

“There’s no reason why tomorrow we can’t get all of our doctors, nurses, our paramedics to run out there to find a home,” he said. “We could do it within 48 hours.”

The province has promised to vaccinate all residents, workers and caregivers in hot zones of Toronto and elsewhere by Jan. 21. The city said vaccines will continue to be administered in its homes through the weekend.

Stall, a Mount Sinai Hospital geriatrician who works alongside Sinha, said he hasn’t updated the analysis, but data suggests the same factors are at play in the second COVID-19 wave hitting Toronto.

Staff in municipally owned homes are on average better paid with more security than private counterparts, he said, and public sector leaders are more accountable.

“And there are, I would argue, different expectations for a municipality — (Mayor) John Tory says ‘We have these homes’ in a way we’re not seeing from operators of for-profit homes.

“Privately run homes that have had these horrific outbreaks don’t seem to have the same level of oversight and accountability.”

Coun. Josh Matlow, the advocate for seniors on city council, said he was “overjoyed” when he learned the city’s LTC homes including Castleview-Wychwood, which is in his ward, had started receiving the Moderna vaccine.

But he also questioned how the rollout is being handled.

“It does not make sense to me why homes that are experiencing outbreaks are not being prioritized,” he said, noting the city-run homes have fared far better in terms of outbreaks and deaths compared to their for-profit and non-profit counterparts.

“They should be going into overdrive to get the vaccine out to homes that are going through outbreaks.”

After hospitals like Sunnybrook stepped in to manage some Toronto-area homes experiencing large outbreaks and devastating numbers of deaths — like at the private Isabel and Arthur Meighen Manor in his ward where there have been 48 deaths — Matlow said it’s become clear that those should not be ad hoc partnerships.

“There really needs to be — especially given how many not-for-profits and private homes in Ontario — there needs to be hospital supervision in a formal and continuous way.”

Before Sunnybrook staff stepped in, Meighen Manor management “were not in control of the situation,” he said.

He added there are clear reasons why he believes the city-run homes have not seen the kind of tragedy on display elsewhere.

“I’m convinced that in early days policies regarding improved screening were done quickly and well, based on what I understand, and also our decisions to raise the number of hours of (personal support worker) care,” he said. “It is just clear that if you support staffing and screening, those are two of the most important things that you can do to protect our homes.”

Sinha said he believes the real heroes of the pandemic have been front-line workers in long-term care.

Lesiak said she and her colleagues don’t feel that way.

“Personally, I can tell you this home is where I grew up. I started here in 2005. I started as a student and I spend more time here than I do at home. It feels like home to me.”

What do you think about Toronto’s city-run staffing model for long-term-care homes? Share your thoughts: