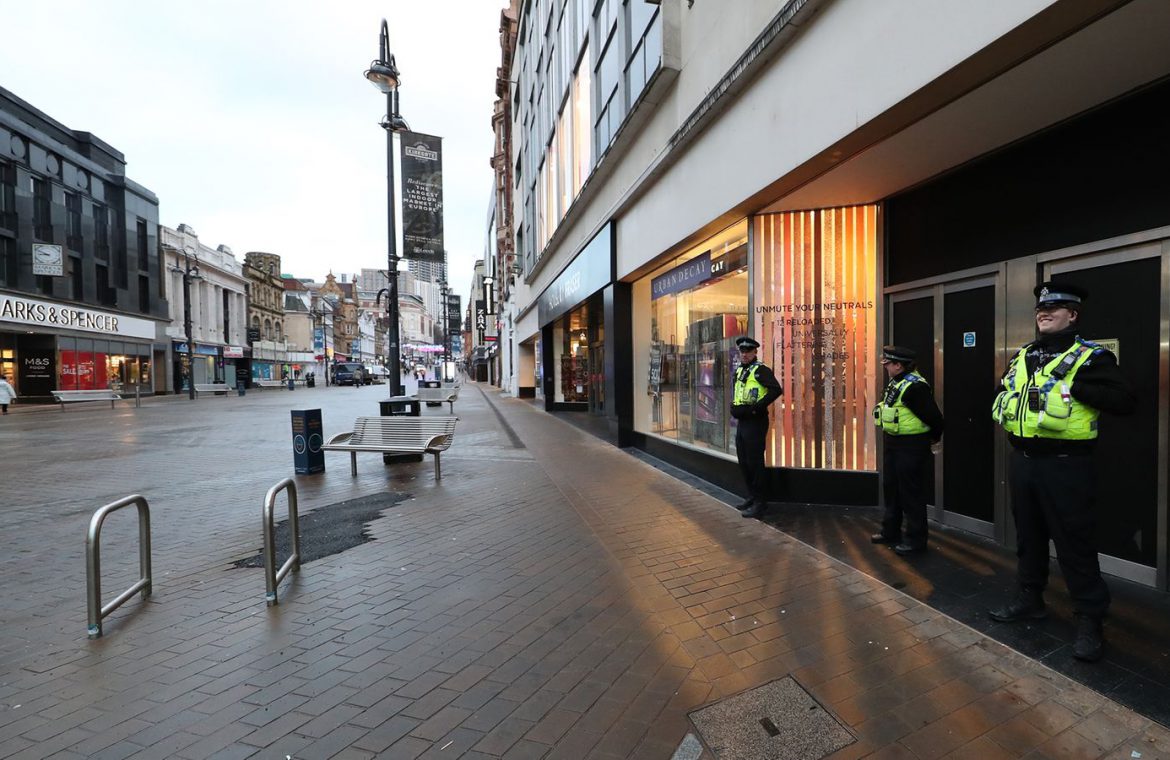 Last time this happened the response was almost universal. Movement plummeted, falling by every available measure.

Transport app Citymapper tracks how many people plan journeys in London, Manchester, and Birmingham. Not car trips but everything else.

According to data from the app, during the first lockdown, mobility fell to less than 10% of pre-pandemic levels, and stayed that way for days.

On the streets of England’s cities every day was like Christmas Day. This time round however, things are slightly different.

As the graph below shows, movement has fallen since the lockdown was announced, but it isn’t down to the levels of March and April. Instead, mobility fell to a little under 20% of pre-pandemic levels.

Other measures echo this finding. During the first lockdown, public transport use in London fell below 10%, compared to pre-pandemic levels.

On Friday morning, Tube use was down to 18% and bus use was at 30%, according to Transport for London.

In other words, movement in the third lockdown is almost exactly between where it was in the first and second coronavirus lockdowns.

On one hand, this is exactly what you’d expect. People can do more now than they were in March last year; nurseries are open, support bubbles are allowed, and there are allowances made for care. It’s no surprise if movement is at a higher level.

On the other hand, there are concerns at the highest level of government that people are no longer following the COVID-19 restrictions in the same way as they were in March.

Senior government officials say the difference is clear when you step out onto the streets. People are having more contact with others.

This isn’t captured by movement data, but it is clear in the statistics on infection.

That’s a big reason why the government has launched its new warning adverts, urging people to act like they’ve got the virus.

So, what’s the reality? Are we moving precisely within the bounds of the rules, or are we taking every opportunity to break them?

The answer, I believe, lies somewhere in between.

This is the impression given by the best source of information on the complex psychology of coronavirus compliance: the COVID-19 Social Study – a research study by University College London.

It asks 70,000 adults every week about the effects of the virus and social distancing and the responses on compliance are fascinating.

Women follow the rules more closely than men. White people follow them more than people from ethnic minorities. Richer people tend to be less compliant. So do key workers and 18-to-29-year-olds.

Rates of compliance are lower in England, in urban areas, and among adults living with children.

Despite these variations, a clear pattern emerges that shows most people follow the rules. But – and this is the important bit – they only follow them most of the time.

‘More people than before’ affected by COVID

“People are broadly adhering to the rules, but with modifications,” the authors concluded when the last results were released.

Everyone has their own version of the restrictions. We take them and give them a tweak.

The COVID-19 Social Study hasn’t been updated since the third lockdown was introduced, so we don’t know exactly how it has been received, but we can take a guess from the responses it recorded to the second lockdown.

Then, there was a noticeable improvement in what the researchers describe as “complete compliance”. Yet although this rose, it was still well below the levels of March and April.

This is both good news and bad news for the government.

On one hand, the COVID-19 Social Study shows that motivation is high; people know the rules and in general they want to follow them.

On the other hand, they have also become accustomed to bending them.

We make exceptions to make the restrictions bearable, and, very often, those exceptions will result in the kind of social activity that ends up spreading the virus.

What can be done? Although the government could make the rules tougher, it may struggle to enforce them without generating widespread frustration.

For that reason, many public health experts believe that incentives, such as payments and free accommodation for key workers who need to isolate, might produce a better result.

We have seen a lot of the stick recently. If we’re going to get through this lockdown, the government might need a bit more carrot.