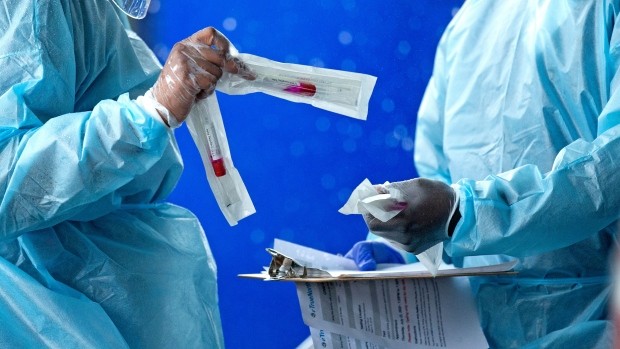 The province also reported 332 new COVID-19 cases, along with 189 new recoveries. There are now 3,186 active COVID-19 cases in Saskatchewan.

Another 19 new cases are pending residence information. The province said it has removed three duplicate cases from the count, including two in the northwest zone and one from the central east zone.

A total of 179 people are in hospital in Saskatchewan related to the virus, with 30 people in intensive care.

The province said 3,049 COVID-19 tests were processed in the province on Friday.

The province said there will be limited details in publicly reported COVID-19 numbers on Sunday, Jan. 10, due to a delay in results. Full details from the weekend will be released on Monday, Jan. 11.

As of Jan. 9, the province said 6,964 COVID-19 vaccine doses have been administered in Saskatchewan.

In Regina, 2,069 first doses of the Pfizer vaccine have been administered, along with 788 second doses.

Saskatoon has seen 2,681 doses of the Pfizer vaccine administered. Another 482 doses have been delivered in Prince Albert.

A Saskatchewan Penitentiary inmate died in hospital Friday as a result of complications related to COVID-19, Correctional Service Canada said in a news release.

“As in all cases involving the death of an inmate, CSC has notified the coroner who will review the circumstances of the death,” the release said.

This is the fourth federally-sentenced inmate to die with a COVID-19 diagnosis, CSC said.

Don't Miss it COVID-19: The ‘devastating’ impact of ‘life-changing’ virus deaths in one of London’s most deprived boroughs | UK News
Up Next 4 coronavirus-related deaths and 250 new COVID-19 cases as Hawaii’s total tally tops 23K