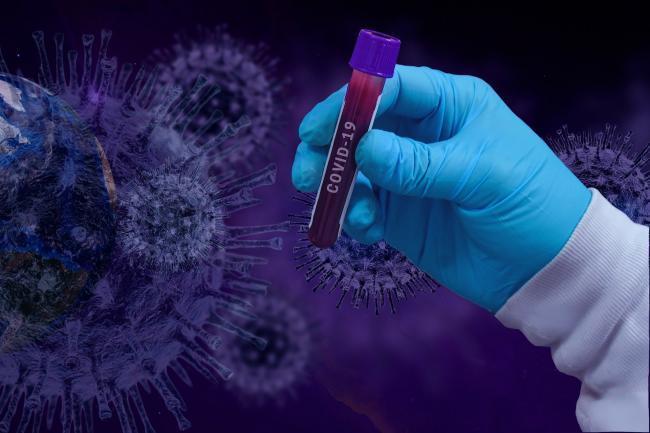 THE prevalence of a new more contagious strain of Covid could be declining in Scotland, according to the latest infection survey.

The latest data from random sampling indicates that the UK variant accounted for 22 per cent of positive tests around the new year period, compared to 38% earlier in December.

Scotland, Wales, and Northern Ireland all recorded a decrease in the proportion of infections compatible with the new more transmissible strain, thought to have first emerged in Kent, while England alone saw its share increase from 49% to 61%.

The results are based on swabs from a random sample of the population who are taking part in the Office for National Statistics’ Infection Survey.

Participants with or without symptoms who are living in the community (rather than hospitals or care homes) provide regular throat and nose swabs as part of the initiative, helping statisiticians to gauge a more accurate picture of how the virus is spreading.

READ MORE: GPs raise concerns that there is ‘no plan’ for their role in vaccinations after over-80s

An estimated one in three people infected with the virus develop extremely mild or no symptoms, meaning their infections are unlikely to be picked up but they can still spread it.

More recently some samples have been sub-analysed for genetic markers indicative of the UK variant strain, which is believed to have driven the recent surge in cases nationally because it is up to 70% more transmissible.

First Minister Nicola Sturgeon has previously highlighted the ONS figures in briefings to the Scottish Parliament, noting that the variant was accounting for roughly 40% of cases prior to Christmas.

However, the ONS warns that the data “should be treated with caution” due to lower sample sizes in some areas.

The ONS states: “In particular, there are small numbers of positives detected in Wales, Northern Ireland and Scotland leading to considerable uncertainty surrounding these estimates.”

However, the decline was highlighted by a prominent member of the independent SAGE advisory group, the mathematician and professor of operational research at University College London Professor Christina Pagel, as a possible explanation for a drop in cases in Wales.

The new Covid variant is dominant in London and SE but has worryingly reached 50% of cases in Midlands & SW. It’s lowish in Scotland and v low in Wales – perhaps this is why Wales is only nation to see drops in cases. pic.twitter.com/PEoUFVBtuc

The ONS survey estimated that around one in 115 people in Scotland were infected with coronavirus between December 28 and January 2 – based on all circulating strains.

Daily Scottish Government statistics also suggest cases could have peaked, with a high of 17,762 reported in the week to January 7 and a high of 12.5% test positivity.

READ MORE: Are we prioritising the Covid vaccine fairly? – and why is Indonesia immunising working age adults first?

Hospital admissions – which lag behind infections by around seven to 10 days – are continuing to climb, but more slowly.

As of January 7 – the most recent date for which figures are available – Scotland was averaging 137.9 admissions for Covid per day.

Hospital admissions are still rising, but may be starting to slow