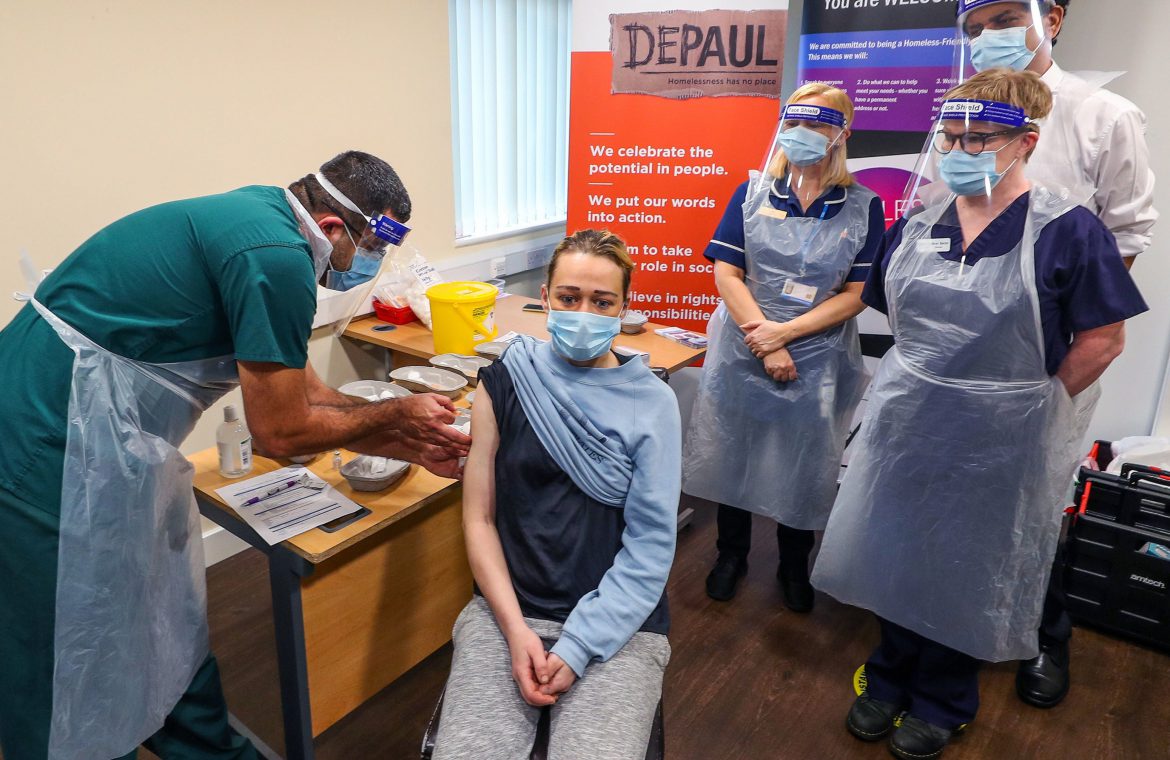 Boris Johnson has said the coronavirus vaccine programme will be in operation 24 hours a day, seven days a week as soon as possible.

The prime minister told MPs the process of protecting people from coronavirus was already going “exceptionally fast” but “at the moment the limit is on supply” of the vaccine.

“We will be going to 24/7 as soon as we can,” he said, adding that health secretary Matt Hancock would set out further details “in due course”.

London Councils and mayor Sadiq Khan have implored Mr Johnson to immediately implement tougher coronavirus measures – including closing places of worship – or risk putting an “unsustainable strain” on the NHS and public services.

After a major incident was declared in the capital last Friday due to rising Covid-19 cases, Mr Khan and London Councils chair Georgia Gould have written to the prime minister, calling for measures similar to those in place last March and April.

Aside from the closure of places of worship, they have called for the prime minister to make mask-wearing mandatory outside the home – including in supermarket queues, on high streets and in other possibly crowded outdoor settings.

A further 1,012 people who tested positive for coronavirus have died in hospital in England, bringing the total number of confirmed deaths reported in hospitals to 57,828, NHS England has said.

The deaths were between 8 May and 12 January, with the majority being on or after 6 January.

There were 54 other deaths reported with no positive Covid-19 test result.

The British Retail Consortium (BRC), which represents retailers across the high street and online, has warned against the UK government following Scotland’s lead by introducing click-and-collect restrictions on non-essential retailers.

Tom Ironside, director of business and regulation at the BRC, said: “Click-and-collect is a used by a wide array of companies and allows the public to get many of the goods they need in a safe, convenient and timely manner.

“Retailers have implemented systems to ensure people are kept safe while queuing and collecting goods, and we have seen no evidence to suggest otherwise.

“Preventing people using click-and-collect services would harm the viability of many retailers, already suffering under lockdown, as well as severely limiting the choice for some consumers.”

Amid fears that new lockdown rules are not being properly observed, the prime minister has said we “may have to do more” in order to try and curb the spread of the coronavirus.

The number of people in hospital in Wales with coronavirus is now more than double that seen during the peak of the first wave, the chief executive of the Welsh NHS has said.

Dr Andrew Goodall said there were now around 2,870 Covid-related patients being treated, meaning “difficult choices” would have to be made about the range of services delivered by the health service.

He told today’s Welsh government’s press briefing that the impact of the country’s lockdown measures would take “weeks” to be felt by the NHS, and that it would be “a while yet” before the number of admissions to hospital and those needing critical care started to fall.

The Covid-19 vaccine has been given to homeless people in the first scheme of its kind in the UK aimed at protecting rough sleepers and those living in shelters from the virus.

Oldham Council and local GPs decided the town’s homeless people should be made a priority group to get the vaccine at the start of the rollout.

A clinic was organised at a shelter for the homeless in Oldham where around 30 people were given the jab, with more planned.

Dr Zahid Chauhan, who is also an Oldham councillor with responsibility for health and social care, said homeless people should be on the priority list because along with those aged 80 and over, they are more at risk from the virus.

Asked how many people need to be vaccinated to ease restrictions, she told the Commons Science and Technology Committee: “It does really very much depend on whether the vaccine will protect against transmission.

“If the vaccine is still allowing people to spread infections, to transmit infection, which is what we don’t know yet, then it won’t necessarily prevent some of the factors because we may still have rates of disease that are going around.”

She added that it was “very likely” the vaccine will have some effect on transmission, adding: “That may allow us to relax in a more gradual way.”

1610545080Archbishop of Glasgow dies after catching coronavirus after Christmas

A leading Catholic representative in Scotland, the Archbishop of Glasgow Philip Tartaglia, has died aged 70 having contracted coronavirus after Christmas, the Catholic Church in Scotland has announced.

He tested positive for coronavirus shortly after Christmas and was self-isolating at home.

The Catholic Church in Scotland said the cause of death is not yet clear.

He had served as leader of Glasgow Archdiocese, Scotland’s largest Catholic community, since 2012.

ASDA will become the first supermarket to operate a coronavirus vaccination centre in-store.

CEO Roger Burnley said the chain was “incredibly proud” to be chosen by NHS England to run the programme.

ASDA pharmacy staff will administer jabs to priority groups. The supermarket says it has the capacity to deliver 250 injections a day, seven days per week.

Under the proposed new rules, click and collect services will be limited to essential goods only.

Addressing the Scottish parliament, Ms Sturgeon announced customers will no longer be able to collect takeaway food from inside restaurants.

Everyone living in Tier 4 areas will be banned from driking outdoors, the first minister added.

Ashley Cowburn has more on this story:

Experts have cast doubt over a new coronavirus testing scheme for schools, warning it “may increase rather than decrease” cases.

Plans were announced last month for a round of mass testing of students and staff at the start of term, as well as weekly Covid-19 rapid tests for staff and daily ones for close contacts of a positive case instead of precautionary self-isolation.

But scientists have warned using lateral flow tests to manage classroom outbreaks without isolating close contacts risks increasing the spread of the virus.

Zoe Tidman has the full report: