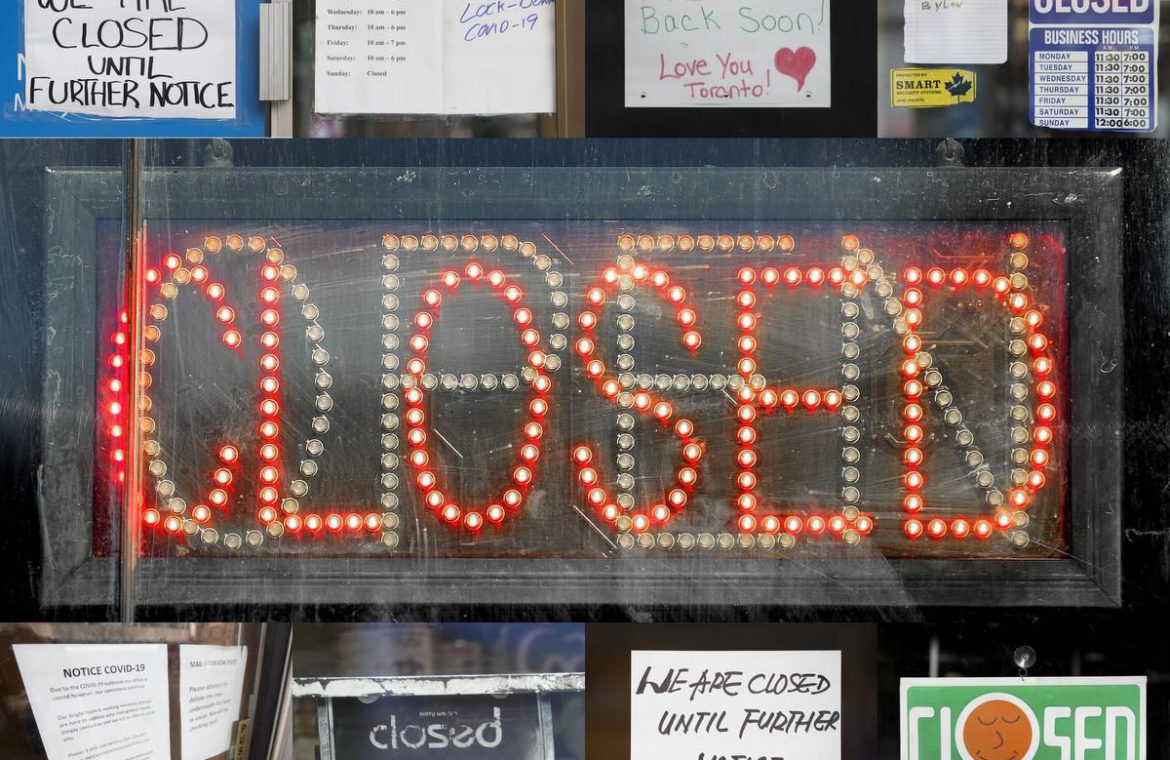 4:51 a.m.: WHO team arrives in Wuhan to investigate pandemic origins

10:40 a.m.: A U.S. coronavirus action plan being unveiled by President-elect Joe Biden centres on a mass vaccination campaign and closer co-ordination among all levels of government.

The Biden plan comes as a divided nation remains caught in the grip of the pandemic’s most dangerous wave yet. So far, more than 380,000 Americans have died.

Biden hopes his multidimensional strategy, expected to be detailed in a Thursday evening speech, will put the country on the path to recovery by the end of his first 100 days.

The province says there are five fewer LTC homes with an active outbreak, for 244, which is 39 per cent of the long-term-care homes in Ontario.

The labs are reporting 71,169 completed tests, with a positivity rate of 5.1 per cent.

Hospitalizations are down slightly to 1,657, but patients in ICUs (388) and vented cases (280) are both at record levels.

10:10 a.m.: Ontarians have received emergency alerts on their cellphones, radios and televisions telling them to stay home.

The emergency message on the province’s stay-at-home order that is now in effect was sent by the Ministry of the Solicitor General through the province’s Alert Ready broadcast system.

The message asks people to only leave their homes for essential purposes such as food, healthcare, exercise or work.

It is the latest attempt to communicate the new public health measures that came into effect today as COVID-19 case counts surge.

The province has said there’s no set definition for what is “essential” because everyone has their own unique circumstances and regional considerations.

Premier Doug Ford has urged people to use their “best judgment” in deciding whether to go out.

9:30 a.m.: Quebec’s second opposition party is calling for people experiencing homelessness to be exempt from the government-imposed curfew.

Alexandre Leduc, a member of Quebec solidaire, said Wednesday his party is concerned after hearing reports that homeless people have been ticketed in Val-d’Or and Montreal for violating the health order.

With the majority of Quebecers following the curfew — which requires people stay home between 8 p.m. and 5 a.m. — Leduc said there should be more flexibility for people on the street, who he said are already disadvantaged.

The Canadian Association of Emergency Physicians is calling for a clear description of who is being prioritized for the first doses and why.

It also wants priority to go to those directly caring for patients who are critically ill or suspected of having COVID-19.

8:42 a.m.: Richmond Hill Ward 2 Coun. Tom Muench says he travelled outside of Canada amid the provincewide lockdown when health officials advised against non-essential travel throughout the pandemic.

Muench joined a growing number of politicians across Canada who have admitted to leaving the country despite the COVID-19 restrictions.

The councillor said he travelled abroad “for health reasons” after Dec. 14 when York Region was placed in lockdown.

“I adhered to all applicable COVID-19 travel regulations and requirements,” Muench wrote on Jan. 11.

He noted testing was done both within and outside of Canada with negative results.

8:15 a.m.: Africa should see the first COVID-19 vaccine doses in March from the global COVAX effort aimed at helping lower-income countries obtain the shots, the World Health Organization’s Africa chief said Thursday, as deaths on the continent are rapidly rising.

Matshidiso Moeti told reporters that a larger rollout of the millions of doses from COVAX is expected by June — the second major vaccine announcement this week for the African continent of 1.3 billion people as infections surge for a second time. The African Union chair on Wednesday said 270 million doses have been secured from Pfizer, Johnson & Johnson and AstraZeneca via the Serum Institute of India.

Some 600 million doses are expected to come from COVAX. Doses expected to be allocated to countries based on population size and the severity of the outbreak, with health workers considered highest priority after thousands have been infected. The African continent is now recording about 30,000 new virus cases per day overall compared to 18,000 during the first surge months ago.

8:11 a.m. Lebanese authorities began enforcing an 11-day nationwide shutdown and round the clock curfew Thursday, hoping to limit the spread of coronavirus infections spinning out of control after the holiday period.

For the first time, residents were required to request a one-hour permit to be allowed to leave the house for “emergencies,” including going to the bakery, pharmacist, doctor, hospital or airport.

Authorities came under pressure to take a tougher approach after the country’s hospitals ran out of beds with daily infections reaching an all-time high of 5,440 cases last week in the country of nearly 6 million people.

7:30 a.m. The announcement Tuesday that Ontario is under a renewed state of emergency and all Ontarians are now bound to stay-at-home orders has raised significant questions about what rules we all need to follow.

The Star asked for reader questions about the lockdown. We’ve tried to answer them as best as possible — but at this point, some regulations remain up in the air. At a press conference Wednesday, Toronto’s fire chief Matthew Pegg said “the best information we have right now comes off a media release and a slide deck,” continuing they had not yet seen a draft of the regulations.

A detailed copy of all rules is expected from the province Wednesday evening, before the new rules begin at 12:01 a.m.

As the details and confusion get sorted in the lead up, the Star spoke to experts about what guidelines members of the public should focus on to continue doing their part in reducing the spread of COVID-19, as well as steps leaders in government should take to improve its pandemic response.

What you can do

6:22 a.m. Andy Murray has tested positive for the coronavirus days just before he was due to leave Britain for the Australian Open, a person with knowledge of the situation told The Associated Press on Thursday.

The three-time Grand Slam champion is isolating at home and still hopes to compete in Australia when it is safe to travel, the person said.

Murray has been given a wild-card entry into the first Grand Slam tournament of 2021.

The Australian Open was delayed three weeks because of COVID-19 restrictions and is set to begin Feb. 8. Players and officials must spend 14 days in quarantine once they arrive in Australia.

6:03 a.m. Japan’s expanded state of emergency went into effect Thursday as the government seeks to stop a surge of new coronavirus infections, though with the restrictions not binding many people appeared to be ignoring the requests to avoid nonessential travel.

People were still commuting on crowded trains and buses in Osaka, Fukuoka and other areas of the seven new prefectures placed under the state of emergency. In Tokyo, where the emergency decree has already been in place for a week, the governor expressed concern about people not following the official guidance.

The Robert Koch Institute said Thursday that 1,244 deaths from coronavirus were confirmed in Germany until midnight, taking the total number to 43,881 since the start of the pandemic.

Data showed there were also 25,164 new cases confirmed in Germany by midnight.

German officials are considering tougher restrictions to curb the continued rise in infections in the country.

5:02 a.m. Turkey became the latest country to roll out its COVID-19 vaccination program, starting with health care workers in hospitals across the country.

Thursday’s start of the nationwide inoculation program came a day after Turkish authorities gave the go-ahead for the emergency use of the vaccine produced by China’s Sinovac Biotech Ltd. Turkey’s health minister and members of the country’s scientific advisory council received the first shots live on television shortly after the regulator’s approval.

People over the age of 65 will be the next in line to be administered the vaccine in two doses.

The directive requires residents to stay home except for essential outings, such as accessing health care, shopping for groceries, or outdoor exercise.

The province has said there’s no set definition for what is “essential” because everyone has their own unique circumstances and regional considerations.

There’s no limit on how many times people can leave their homes per day, or on how long they can be out.

Premier Doug Ford has urged people to use their “best judgment” in deciding whether to go out.

But critics say the measure, which was announced on Tuesday as the province enacted a second state of emergency, is vague, particularly given law enforcement officers’ ability to fine those not in compliance.

The order is part of Ontario’s effort to combat soaring rates of COVID-19 that officials have warned could soon overwhelm the health system.

4:51 a.m. A global team of researchers arrived Thursday in the Chinese city where the coronavirus pandemic was first detected to conduct a politically sensitive investigation into its origins amid uncertainty about whether Beijing might try to prevent embarrassing discoveries.

The 10-member team sent to Wuhan by the World Health Organization was approved by President Xi Jinping’s government after months of diplomatic wrangling that prompted an unusual public complaint by the head of WHO.

Scientists suspect the virus that has killed more than 1.9 million people since late 2019 jumped to humans from bats or other animals, most likely in China’s southwest. The ruling Communist Party, stung by complaints it allowed the disease to spread, says the virus came from abroad, possibly on imported seafood, but international scientists reject that.

Two members of the team did not land in Wuhan on Thursday because they had tested positive for coronavirus antibodies and were being retested in Singapore, WHO said in a statement on Twitter.

The rest of the team arrived at the Wuhan airport and walked through a makeshift clear plastic tunnel into the airport. The researchers, who wore face masks, were greeted by airport staff in full protective gear, including masks, goggles and full body suits.

They will undergo a two-week quarantine as well as a throat swab test and an antibody test for COVID-19, according to CGTN, the English-language channel of state broadcaster CCTV. They are to start working with Chinese experts via video conference while in quarantine.

Thursday 4 a.m. A federal official says the government is considering using data on incoming travellers to prevent vacationers from claiming a benefit for people who must quarantine or isolate due to COVID-19.

The Canadian Press isn’t identifying the source because the person was not authorized to speak publicly on behind-the-scenes discussions.

The government promised earlier this week to introduce legislation to prevent anyone who returns to Canada after a vacation or another non-essential trip from receiving the $500-a-week benefit during the mandatory 14-day quarantine period.

The source says officials are drafting the legislation and expect it to include information-sharing mechanisms among agencies and departments to identify anyone looking to flout the rules.

Wednesday 9:39 p.m.: Another COVID-19-related death has been reported at the Tendercare Living Centre in Scarborough, bringing the number of the nursing home’s residents who have died during the pandemic to 74.

North York General Hospital has been assisting the nursing home with outbreak management.

In a written statement, Piunno said no new COVID-19 cases have been reported among residents at the facility since Jan. 4.

News of the latest death at Tendercare came on the same day that Ontario’s COVID-19 death toll among residents of long-term-care homes passed 3,000 people.

The 34 new deaths reported by the province Wednesday pushed the total to 3,029 since the pandemic began.