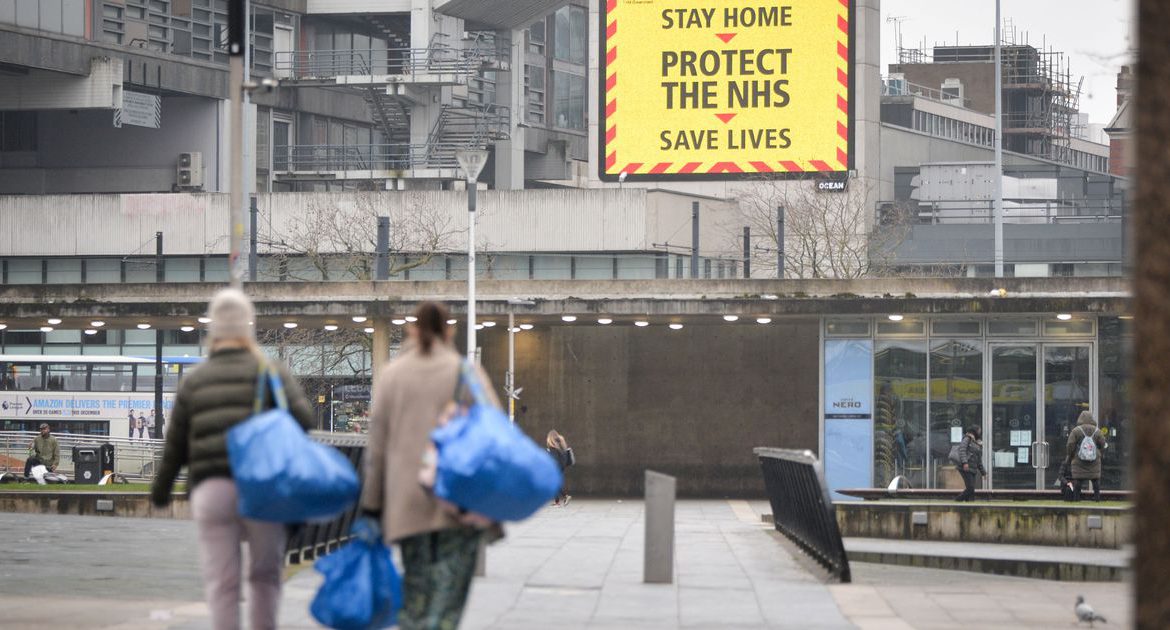 Coronavirus infection rates in some parts of Greater Manchester are beginning to fall.

Lockdown measures appear to be taking effect across the region, with five boroughs seeing a reduction in cases for the first time in two weeks.

The latest infection rate for the region was 419.30 cases per 100,000 population in the week ending January 11, according to figures released by Public Health England.

The last time any borough recorded such trend was January 1.

It comes as the national average infection rate continues to fall.

In London, the speed at which cases are falling is even greater.

It comes after the capital saw a large spike in new infections in December, most likely due to the highly transmissible new variant of the virus.

In the most recent figures, cases fell by 23 per cent week-on-week.

The third national lockdown began on January 5, meaning the latest figures will include six days of the new tough restrictions.

Infection rates in part of Greater Manchester are now starting to level out, with a small reduction in the number of cases in some boroughs.

In the week ending January 11, Wigan recorded the most significant fall in cases.

The infection rate on that day was 436.6, a drop of nine per cent from the week before.

Oldham, Trafford and Stockport are close behind, all recording a small reduction in the number of new positive tests.

Cases are still rising in some boroughs across the conurbation, but at a significantly slower pace than in recent days and weeks.

In the latest figures, Manchester recorded the highest rate of infection, at 471.4.

The number of new cases has risen in the last seven day period by 11 per cent.

That is drastically less than in recent days, when the infection rate in the city has shot up by over 100 per cent week-on-week.

On January 4, the borough recorded a 103.1 per cent increase in the number of cases.

Rates are also climbing in Salford and Bolton at a similar pace.

Cases are rising in Tameside, but only marginally. The borough saw just a one per cent increase in the same time period.

The latest figures come as a the UK recorded its third highest daily death toll since the pandemic began.

The Department of Health said a further 1,280 people had died within 28 days of testing positive for Covid-19 as of today.

It brings the total number of deaths in the UK to 87,295, according to the Department of Health.