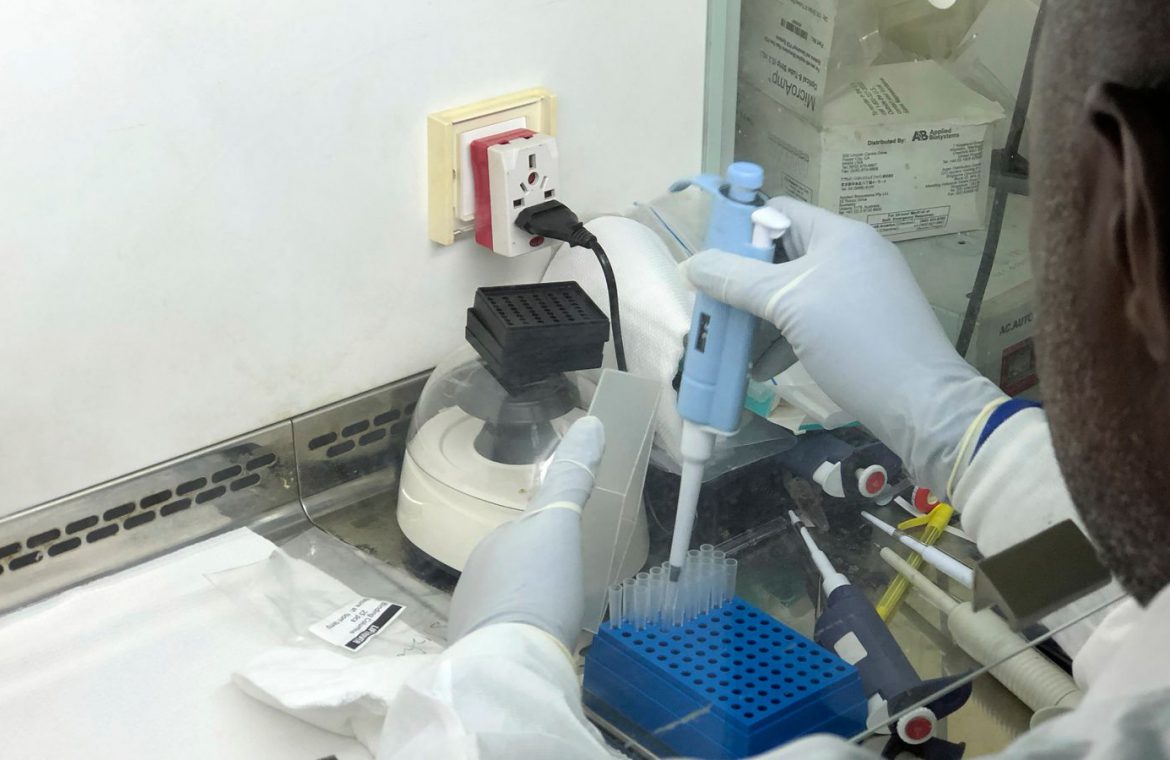 Vaccines being rolled out in the UK and around the world may be less effective against the new South Africa variant, a new study has found.

The study, which has not yet been peer-reviewed, also found the South Africa variant, known as 501Y.V2, contains mutations that may be resistant to immunity from previous coronavirus infection.

Lawrence Young, a virologist and professor of molecular oncology at Warwick Medical School, who was not involved in the research, said: “This preprint suggests that individuals might be able to get infected with a variant of Sars-Cov-2 (the virus that causes COVID-19) even if they have previously had COVID-19.

Live COVID news from UK and around the world

“It also shows we urgently need to find out if we could see infection with this variant post-vaccination.”

This comes after the UK’s chief scientific adviser Sir Patrick Vallance told Sky News that coronavirus variants were a “real issue of concern”.

Asked about variants such as 501Y.V2, he said laboratory studies suggested “this may be a virus that can escape some of the immune effects of antibodies”, but “we don’t know to what degree”.

‘Vaccines won’t do the heavy lifting’

He added: “I would just caution the laboratory studies are not perfect predictors of what happens in the clinic so we need to get clinical data as soon as we can.”

At Prime Minister’s Questions on Wednesday, Boris Johnson said regulators would be able to swiftly approve new vaccine variants to cope with mutations.

As part of the study, researchers analysed the impact of specific mutations in the spike gene of the South Africa variant.

They found that 501Y.V2 showed “complete escape” from monoclonal antibodies, or man-made proteins that act like human antibodies in the immune system.

When was the second variant detected in the UK?

Similar findings were also observed in samples containing convalescent plasma, which is the antibody-rich plasma of someone who has recovered from coronavirus.

“These data highlight the prospect of reinfection with antigenically distinct variants and may foreshadow reduced efficacy of current spike-based vaccines,” the study authors wrote.

Director of the Rosalind Franklin Institute Professor James Naismith described the findings as “not good news but not unexpected”, adding “we must not panic”.

He said: “The real-world human immune response is more than serum-based neutralisation (antibodies).

“Of course, we would rather neutralisation had occurred, but this does not mean that the new virus will infect, make ill and spread from those who have already been infected with the original strain.

Analysis: Not the time to panic over South Africa variant study findings

This isn’t great news, but it’s not the time to panic. There’s no suggestion that the vaccine won’t work. What’s being shown here is some – not a lot, but some – evidence that it might not be as effective with certain variants.

The good news is that it’s very likely the vaccine will have some effect, so vaccination is still a potent tool against the virus. What’s more, we have the ability to develop vaccines against new variants, so we are not powerless in the face of these mutations.

But this is a reminder that the vaccine is not a cure. It will help us control it and lessen its worst effects, but it almost certainly won’t eradicate it, especially as this data indicates that the new variants make reinfection more likely.

As much as we want to see the back of it, we might have to get used to it hanging around for quite a while longer.

Sorry, but it’s what all the science suggests.

Don't Miss it Covid-19 Vaccine: What You Need to Know When You Get the Shot
Up Next COVID-19 vaccine won’t be mandatory in Australia, but some industries may demand workers get vaccinated