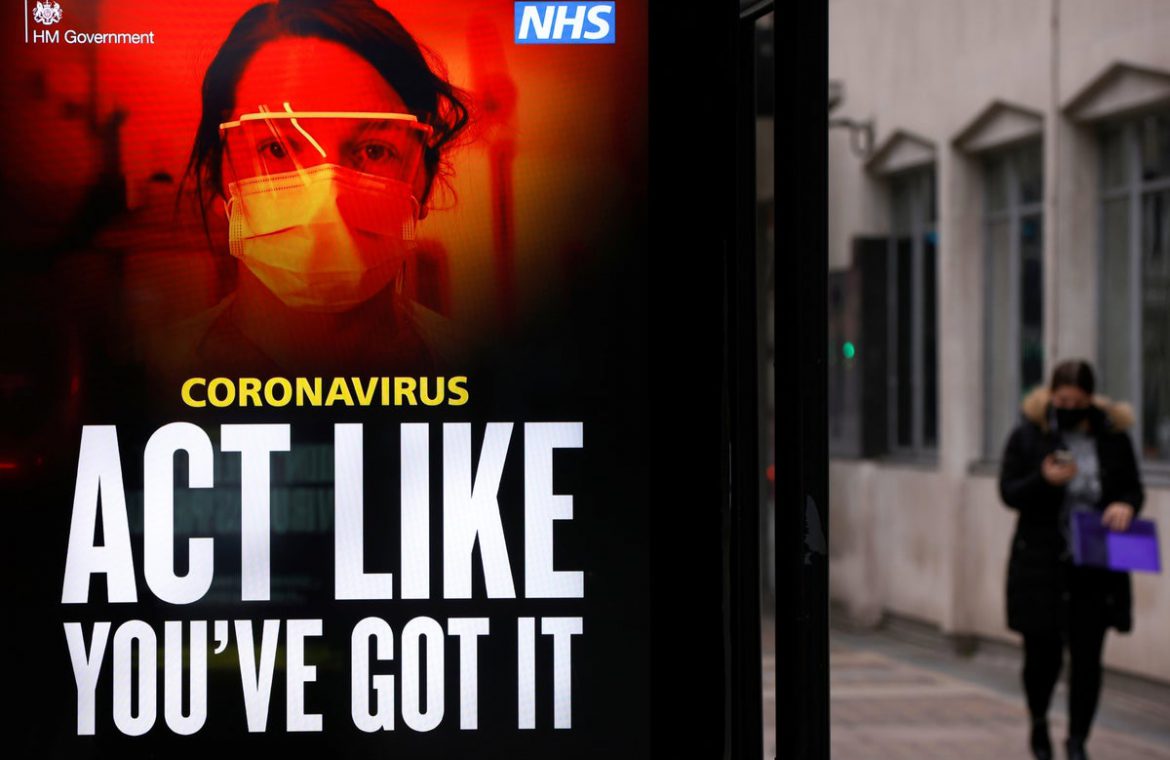 Dr Michael Head, from the University of Southampton, warned cases from early January would likely result in deaths “peaking” around the end of this month, adding: “We will see several more record-breaking days in terms of newly-reported deaths.”

It comes as ministers continue to thrash out plans for easing lockdown restrictions. The first areas could be moved into Tier 4 in early March, The Telegraph reports, with only minimal further relations expected before Easter.

The Standard’s Joe Murphy has got you covered:

The Prime Minister continued to use the label just days after he was said to want “kind and civil” political debate.

Mr Johnson’s press secretary Allegra Stratton said the jibe was “not a rude word or uncivil” but was a way of making a point about Sir Keir’s position on key decisions taken during the coronavirus pandemic.

On Monday Ms Stratton told reporters that “the Prime Minister believes that all of us, in our political language, in our debate, need to remember to be civil and kind to each other”.

Asked how that message tallied with Mr Johnson’s conduct in the Commons at Prime Minister’s Questions on Wednesday, Ms Stratton said: “In the Prime Minister’s opinion, Captain Hindsight is not an unpleasant name.

“Captain Hindsight is the description of a politician who keeps coming forward and saying that ‘the solution was obvious’ when previously he had not actually decided one way or the other.”

She added that the plea for “kind and civil language” was in relation to “the bad, unpleasant treatment that Conservative MPs received… when months ago the issue of free school meals came up and they received a great many unpleasant and unacceptable messages”.

Students in Wales studying for GCSE, AS and A-Levels this year will receive grades determined by their school or college, education minister Kirsty Williams has confirmed.

The policy, which affects those studying for Qualifications Wales-approved courses, means pupils will be graded based on work they have completed over their course.

Ms Williams confirmed the decision on Wednesday following further disruption to face-to-face learning due to the coronavirus lockdowns.

Speaking on a video released on Twitter, she said: “The worsening situation with the pandemic has meant we have no choice but to revisit our approach to ensure wellbeing and public confidence in our qualifications system.

“The proposals we are announcing today puts trust in teachers’ and lecturers’ knowledge of their learners’ work, as well as their commitment to prioritise teaching and learning in the time available to support learners’ progression.

A further 1,027 people who tested positive for coronavirus have died in hospital in England.

This brings the total number of deaths reported in the country’s hospitals to 63,322.

Patients were aged between 29 and 101, NHS England said.

All except 49 – aged between 37 and 99 – had known underlying health conditions.

The deaths occurred between December 14 and January 19, with the majority being on or after January 12.

Public Health Scotland said 309,909 people had received their first dose of a Covid-19 vaccine by 8.30am this morning – an increase of 25,327 from the previous day.

The Prime Minister’s official spokesman responded to reports from Israel that one dose of the Pfizer vaccine may be much less effective than previously thought.

Reports emerging from Israel has suggested that efficacy from the first dose from Pfizer may be as low as 33 per cent.

The Downing Street spokesman said: “As we set out at the time when we said we would be moving the first vaccine dose followed by another in 12 weeks, it remains our priority to protect as many people as possible from the virus.

“That is why we took that decision. That decision was based on a review of the data available, which showed that the Pfizer vaccine was 89 per cent effective in protection against Covid between 15 to 21 days after the first dose.

“It remains the case that the chief medical officer and the JCVI recommend offering one dose first and another dose up to 12 weeks after.

“But again I would point to what the medical experts and scientific advisers have said previously about the fact that once you’ve received the first dose, it takes some time for your body to build up immunity.

“You don’t have immunity immediately after taking the first dose, but again, we’ve set out why we are doing the dosages in the way we are, and that’s to protect as many people as possible as quickly as possible.”

Downing Street, in response to chief scientific adviser Sir Patrick Vallance saying parts of the NHS resembled a “war zone” while dealing with coronavirus patients, said it recognised the strain the service was under.

The Prime Minister’s official spokesman told reporters: “We accept and fully acknowledge the pressure that the NHS is under at the moment.

“You’ve seen ministers make that clear in press conferences previously. That’s why we continue to ask the public to follow the guidance and to play their part to protect the NHS and save lives.”

Asked why the vaccination rate had started to fall in recent days, Number 10 said the hold-up was due to the “complex” nature of manufacturing the inoculations.

The Prime Minister’s official spokesman: “Supply is the limiting factor, as the vaccines minister (Nadhim Zahawi) made clear earlier this week, which is why we continue to work closely with the companies.

“You’ve had representatives from the NHS say they are ready and can deliver more vaccine if we are able to increase the supply.

“That is exactly what we are doing over the course of this month and into next month.”

Pressed on why the supply was being hindered, the spokesman added: “As we and the companies have said previously, producing and manufacturing a vaccine is a complex process.

“It is obviously the case with the Oxford vaccine being approved by the MHRA, it does make it easier to get it out to care homes and to other areas, given the slight ease of logistics.”