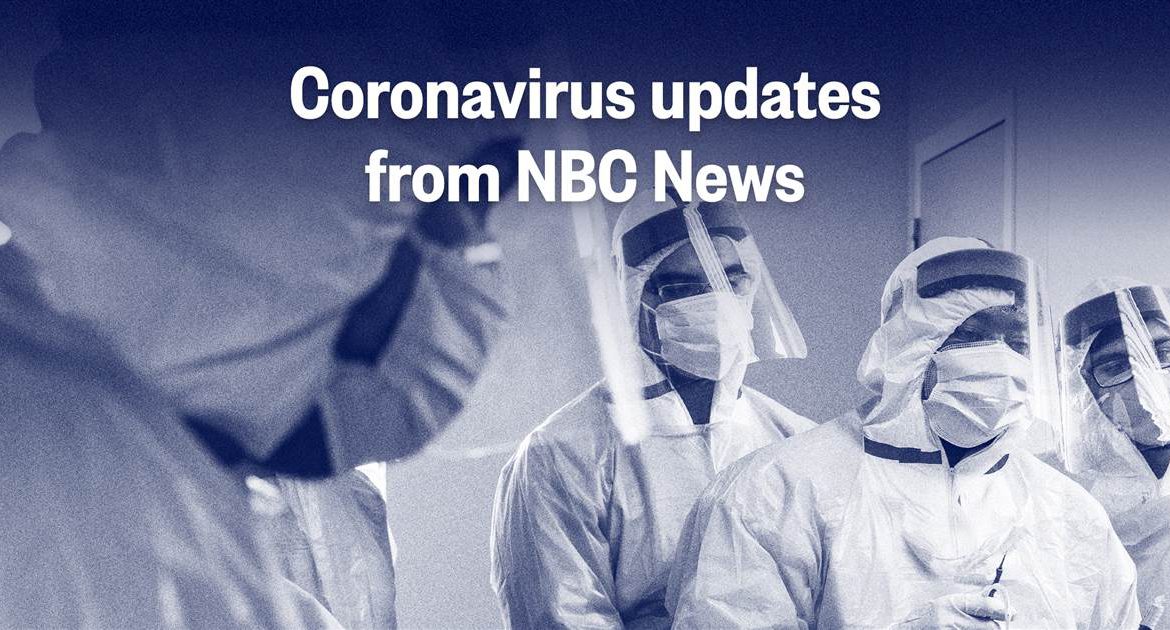 Fauci lays out Biden’s support for WHO after Trump criticism

GENEVA — President Joe Biden’s top medical adviser on Covid-19, Dr. Anthony Fauci, says the United States will cease reducing U.S. staff counts at the World Health Organization and pay its financial obligations to it as it vows to stay fully engaged with the U.N. health agency to help fight the coronavirus pandemic.

“I am honored to announce that the United States will remain a member of the World Health Organization,” Fauci told the WHO’s executive board meeting in Geneva via videoconference. The administration announced just hours after Biden’s inauguration that the United States would revoke a planned pullout from the WHO in July that had been announced by the Trump administration.

Fauci’s quick commitment to WHO—whose response to the coronavirus outbreak was repeatedly berated by the Trump administration— marks a dramatic and vocal shift toward a multilateral approach to fighting the pandemic.

He said the administration will “will cease the drawdown of U.S. staff seconded to the WHO” and resume “regular engagement” with WHO. He added: “The United States also intends to fulfill its financial obligations to the organization.”

The news comes amid concerns over a second surge of new cases across the country ahead of China’s most important holiday, Lunar New Year. Lockdowns, isolation centers and mass testing sites are already underway in other Chinese provinces in the hopes of preventing viral spread from spiraling out of control. Shanghai has begun mass testing hospital staff after two workers returned with “suspicious” test results.

Back in November, Shanghai had reported an outbreak of 349 locally transmitted cases, according to China’s Global Times. By early January, China’s most populous city of 23 million had discharged all of its patients and noted there were no new hospitalizations.

4,131 people in the U.S. died from virus Wednesday for single-day record

The U.S. reported 4,131 coronavirus-related deaths Wednesday, setting a record for the most Covid-19 deaths recorded in a single day, according to an NBC News tally.

The number of deaths Wednesday surpassed the previous record set Jan. 7, when 4,110 people in the U.S. were reported to have died from the coronavirus.

The director of the Centers for Disease Control and Prevention announced Wednesday that the eviction moratorium will be extended until at least March 31.

“The COVID-19 pandemic has presented a historic threat to our nation’s health,” CDC Director Rochelle P. Walensky said in a statement. “It has also triggered a housing affordability crisis that disproportionately affects some communities.

“Despite extensive mitigation efforts, COVID-19 continues to spread in America at a concerning pace,” she continued. “We must act to get cases down and keep people in their homes and out of congregate settings — like shelters — where COVID-19 can take an even stronger foothold.”

ROME — The Vatican has begun offering Covid-19 vaccinations to homeless people and says it plans to expand the program in the coming days.

A preliminary group of 25 people who live in residences run by the pope’s chief alms-giver got the shots Wednesday in the Vatican’s auditorium. They joined Pope Francis, emeritus Pope Benedict XVI and other Vatican employees and their families, who began receiving the vaccinations last week.

The Vatican, as a sovereign city-state, arranged for its own deliveries of the Pfizer-BioNTech vaccine. Italy has its own vaccine campaign, but to date the national health care system is prioritizing health care workers and the elderly.

Francis has called for universal availability of the shots, especially for the poor and the most vulnerable. He has also said it was ethically necessary to be vaccinated, expressing incredulity at vaccine and coronavirus skeptics, because “you’re playing not only with your health but the health of others.”

Dr. Rochelle P. Walensky, who on Wednesday took over as the director of the Centers for Disease Control and Prevention, said the agency will be evaluating all existing government guidance instituted under the Trump administration related to Covid-19.

“Just as it has since the beginning of the pandemic, CDC will continue to focus on what is known — and what more can be learned — about the virus to guide America,” Walensky said in an introductory statement.

“As part of that promise, CDC’s Principal Deputy Director Anne Schuchat will begin leading a comprehensive review of all existing guidance related to COVID-19,” she said. “Wherever needed, this guidance will be updated so that people can make decisions and take action based upon the best available evidence.”

Walensky’s position is an appointment and therefore does not require Senate confirmation. She previously served as chief of the division of infectious diseases at Massachusetts General Hospital.

The Terminator meets the vaccinator

Actor and former California Gov. Arnold Schwarzenegger tweeted out video of himself getting a vaccine at Dodger Stadium.

“I just got my vaccine and I would recommend it to anyone and everyone,” he said, before adding one of his signature lines. “Come with me if you want to live.”

Today was a good day. I have never been happier to wait in a line. If you’re eligible, join me and sign up to get your vaccine. Come with me if you want to live! pic.twitter.com/xJi86qQNcm

Amazon has extended an offer to President Joe Biden to assist with the national distribution of Covid-19 vaccines, a move that could expedite the federal effort to combat the pandemic.

Dave Clark, the CEO of Amazon’s consumer business, and one of the company’s highest-ranking executives, sent a letter to the president shortly after he was sworn in Wednesday.

“As you begin your work leading the country out of the COVID-19 crisis, Amazon stands ready to assist you in reaching your goal of vaccinating 100 million Americans in the first 100 days of your administration,” he wrote in his letter, a copy of which was obtained by NBC News.

“We are prepared to leverage our operations, IT, & communications capabilities and expertise to assist your administration’s vaccination efforts,” Clark wrote. “Our scale allows us to make a meaningful impact immediately in the fight against COVID-19, and we stand ready to assist you in this effort.”

“We are prepared to move quickly once vaccines are available,” he wrote.

Clark also asked that employees working at Amazon fulfillment centers, Amazon Web Services data centers and Whole Foods Market stores “who cannot work from home” receive the vaccine “at the earliest appropriate time.” Clark had made a similar request to the  Centers for Disease Control and Prevention last month.

The United Kingdom has recorded the highest number of Covid-19 deaths on a single day since the outbreak began, the government said Thursday.

Separate figures published by the U.K.’s statistics agencies for deaths where Covid-19 has been mentioned on the death certificate, together with additional data on deaths that have occurred in recent days, show there have now been 110,000 deaths involving the coronavirus across the country.

President Joe Biden took the oath of office Wednesday, leading a nation where more than 403,596 people have died from Covid-19.

When Biden said “so help me God” at 11:48 a.m., at least 24.39 million had been sickened by the deadly virus since the pandemic reached the U.S. shores a year ago, according to a rolling count by NBC News.

Former President Donald Trump repeatedly downplayed the virus, even though he knew of its deadly potential in February.

Nurse Tanna Ingraham pauses while placing the body of a patient into a body bag in the Covid-19 unit at United Memorial Medical Center in Houston on Dec. 30, 2020.Callaghan O’Hare / Reuters file

Don't Miss it Today’s coronavirus news: Fauci vows full U.S. engagement with WHO; some provinces yet to say when jail inmates to be vaccinated against COVID-19
Up Next UK announces record Covid deaths as hospitals “overwhelmed” – BBC News