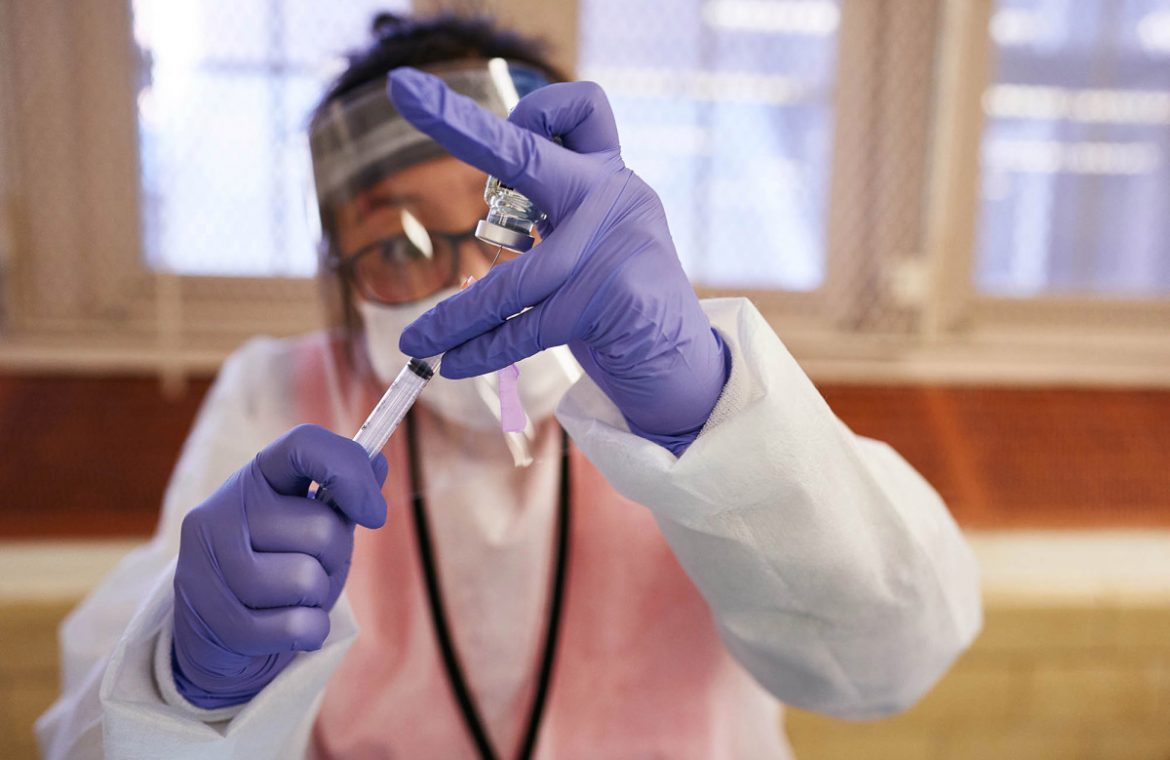 More than a month after a Queens nurse became the first American to receive the coronavirus vaccine, New York’s inoculation rollout has slowed to a crawl, with stockpiles of the shots drying up.

Here’s a look at where New York’s vaccination efforts stand now, and how they went off track.

Why are coronavirus vaccination appointments being scrapped in New York?

At least 22,000 New Yorkers had their appointments to receive the first dose of the two-dose vaccine between Thursday and Sunday pushed back because the city no longer has sufficient supplies of the shots on hand to match the demand — and a shipment of doses expected from Moderna this week were delayed.

Those appointments were made through the city Health Department’s 15 vaccination hubs.

Appointments made through the city public hospital system by the larger shortage are also being affected, as are those in private hospitals and upstate.

Why are supplies of the coronavirus vaccine running low in New York?

Part of the issue is a delay in deliveries from Moderna — one of two manufacturers of a coronavirus vaccine — for which city officials are still seeking an explanation.

But even if everything were running smoothly on the manufacturers’ end, the federal government currently only allots New York state about 250,000 doses of the vaccine per week, excluding those headed to the federally-run nursing home inoculation program.

The feds have pointed to the initially slow and complicated rollout of vaccines in New York, but the city and state have dramatically expanded the number of people eligible for the shots and the number of sites to receive them — and say the supply coming in has not increased to match that.

Can I still get a coronavirus vaccine in New York?

You can still attempt to find coveted vaccine appointments at public and private clinics via the city and state online portals, though they appear to be few and far between and get snapped up fast.

The city, state and various clinics have their own registration process.

If you had a first-dose appointment that was canceled due to the Moderna shortage, the city has rescheduled them for next week.

What roles have the city and state had in the breakdown?

Highly restrictive state rules on who could and could not receive the vaccine initially led to many doses sitting on ice for weeks at the start of the rollout.

The city, meanwhile, released a labyrinthine online registration system — particularly baffling seniors, who are among those most at risk of the coronavirus — and dragged its feet in getting distribution centers up and running.