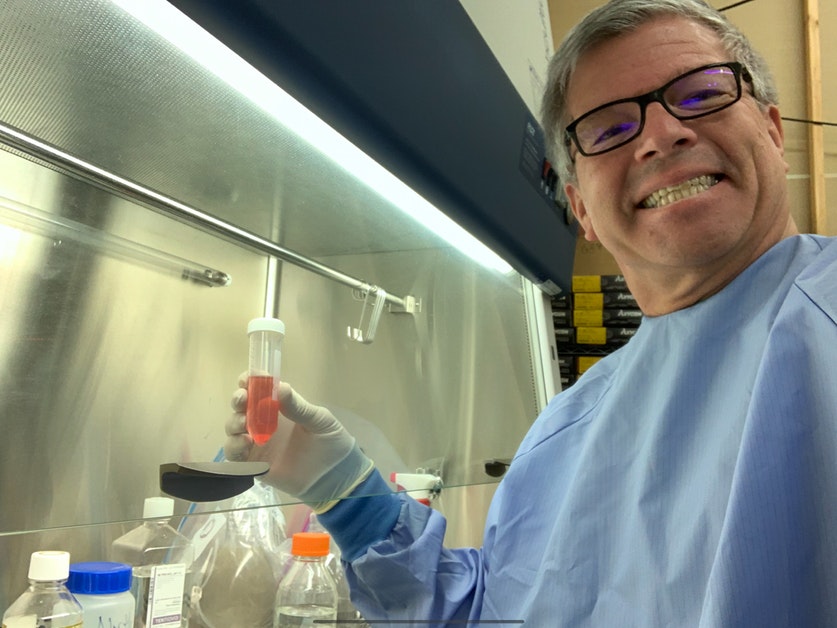 Johnny T. Stine, the Seattle man who advertised a supposed Covid-19 “vaccine” he admitted to creating in his personal lab, was arrested Thursday on misdemeanor federal charges of introducing misbranded drugs into interstate commerce.

Stine, 56, could face up to one year in prison if convicted.

Stine came onto the radar of federal authorities in early March 2020, around the time he publicly advertised injections of the supposed vaccine for $400 on his personal Facebook page, according to the U.S. Attorney for the Western District of Washington. At that time, there was no authorized Covid-19 vaccine on the market.

Stine wrote in his Facebook post that it wasn’t the first time he had “crossed some major lines,” adding that he previously created “personalized tumor vaccines for people who wish to actually fight for their life with legitimate tools, knowledge, and skills that I’ve acquired over the years.”

He also faces charges related to peddling those untested “vaccines.”

Stine told KUOW last May that he had downloaded the coronavirus’s genome sequences from a Chinese database to create the substance. Doing so “literally took half a day to design,” he said.

RELATED: This Seattle man peddled a coronavirus ‘vaccine.’ He says he’s injected himself and others

In that same interview, Stine admitted to injecting himself and several others, including his own son who was a minor at the time. However, he would not disclose how many.

Stine unknowingly made contact with undercover investigators from the the Food and Drug Administration’s Office of Criminal Investigation last April, offering to travel to Oregon and California to “vaccinate” the agents’ family members.

Later that month, Stine was hit with a cease and desist from Washington Attorney General Bob Ferguson. But he didn’t stop there.

Facing a state lawsuit in June, Stine entered a consent decree, under which he agreed to hand over the names and contact information of his buyers, discolse how much he charged them, and repay those who requested refunds. Additionally, the agreement imposed a contingency fine of $30,000 for noncompliance.

Still, Stine persisted. Authorities in August seized Stine’s “vaccine” after he traveled to Idaho to inject an undercover agent with the substance. Law enforcement also searched the Redmond warehouse in which he claimed he’d developed it.

But it wasn’t until Thursday that Stine was arrested. Law enforcement was alerted earlier this month that at least one person Stine injected with his concoction was hospitalized for Covid-19, officials say.

This is a developing news story. Check back for updates.