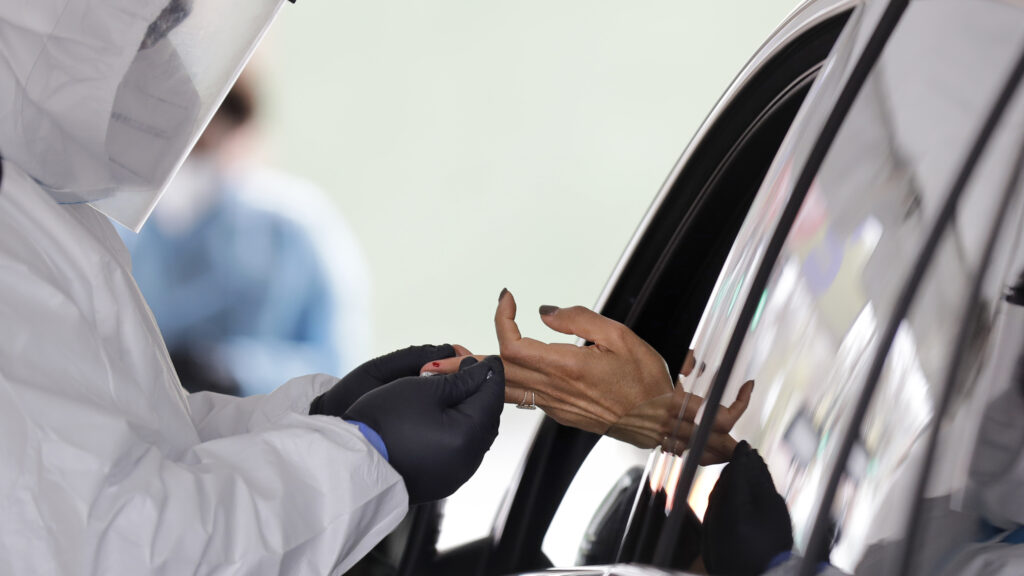 Jan. 24 marks the one-year anniversary of a momentous but largely unnoticed event in the history of the Covid-19 pandemic: the first published report of an individual infected with the novel coronavirus who never developed symptoms. This early confirmation of asymptomatic infection should have set off alarm bells and profoundly altered our response to the gathering storm. But it did not. One year later we are still paying the price for this catastrophic blunder.

At least one of three people infected with SARS-CoV-2, the virus that causes Covid-19, do not develop symptoms. That’s the conclusion of a review we just published in the Annals of Internal Medicine. It summarizes the results of 61 studies with more than 1.8 million people.

But during much of the pandemic, fierce resistance — and even outright denialism — in acknowledging this not-so-typical disease pattern led to ineffective testing practices that allowed the pandemic to spin out of control.

On Jan. 28, 2020, Anthony Fauci, director of the National Institute of Allergy and Infectious Diseases, said, “In all the history of respiratory-borne viruses of any type, asymptomatic transmission has never been the driver of outbreaks. … Even if there’s a rare asymptomatic person that might transmit, an epidemic is not driven by asymptomatic carriers.”

This was a widely held view. On June 8, 2020, a senior official of the World Health Organization called asymptomatic transmission “very rare.”

To his credit, Fauci was among those who immediately criticized this remark. Based on epidemiological data that had become available since his earlier comments, he said it was “not correct” to characterize asymptomatic transmission as rare.

In June, when we published a report of 16 cohorts with sizable proportions of asymptomatic infection and suggested that it might play a role in the progression of the pandemic, several researchers wrote letters to the editor demanding that our paper be retracted.

Today, the best evidence suggests that about half of Covid-19 cases are caused by infected people who do not have symptoms when they pass on the virus. These symptom-free spreaders are roughly divided between those who later develop symptoms, known as pre-symptomatic individuals, and those who never develop symptoms.

While the importance of asymptomatic infection in understanding Covid-19 has been surprising to some, infectious disease experts have long known that infection without symptoms is common in many illnesses. More than 90% of people infected with poliovirus have no symptoms. And about 75% of influenza infections have been estimated to be asymptomatic. Yet these important precedents have largely been ignored.

Asymptomatic coronavirus infection is not necessarily benign. Several studies have reported abnormal lung scans in those infected without symptoms, as well myocarditis, a type of heart inflammation. The long-term health implications of asymptomatic infection aren’t known.

Even though knowledge about asymptomatic infection has greatly evolved, tactics for combating the pandemic have not. It is now obvious that testing only those with symptoms, as was common early in the pandemic, is a mistake because it ignores the invisible legions of infected people who have no symptoms. But it is not enough to merely increase the number of tests. The problem is that current testing practices are ill-suited to detecting and containing asymptomatic infection.

Virtually all of the coronavirus testing performed in the U.S. looks for the genetic material of the virus using the polymerase chain reaction (PCR). It requires expensive equipment and trained technicians. Results are typically returned days — sometimes even weeks — after the test. That means people learn they have been infected with SARS-CoV-2 long after they may have passed the virus to others. Testing becomes more about accounting — tallying the number of detected infections — than about containing the spread of the virus.

What’s needed is a pivot to a different type of testing. Antigen tests, which look for a bit of coronavirus protein, cost just a few dollars each and can yield results in minutes. Like home pregnancy tests, they require minimal instruction. Antigen tests are ideal for spotting people who are infectious, rather than those who may be long past the infectious phase of Covid-19, or who harbor such low levels of the virus that they are unlikely to infect others.

Inexpensive rapid home tests would help infected people isolate themselves before they could spread the virus. Frequent testing — at least several times per week — is essential, as demonstrated by successful testing efforts at some universities, which have enabled students to return to campus. A new focus on self testing, in combination with financial assistance and perhaps even temporary housing for isolation, would directly address the problem of asymptomatic infection.

The rollout of Covid-19 vaccines brings with it the risk of a new wave of asymptomatic infections. The two vaccines authorized by the Food and Drug Administration have been proven to prevent illness, but not asymptomatic infection. Even after vaccination, the coronavirus may still temporarily take up residence in the lining of the respiratory tract, making it possible to infect others. Preliminary results from one vaccine trial seem encouraging, with an apparent two-thirds reduction in asymptomatic infection after the first dose. But many other studies are underway.

There is no time machine that would allow us to return to Jan. 24, 2020, and make the plans we should have made, which would have acknowledged the importance of asymptomatic infection. But it is not too late to recognize the blunder and move aggressively toward testing practices that will help end the pandemic.

Daniel P. Oran is a member of the digital medicine group at Scripps Research Translational Institute, of which Eric J. Topol is founder and director.