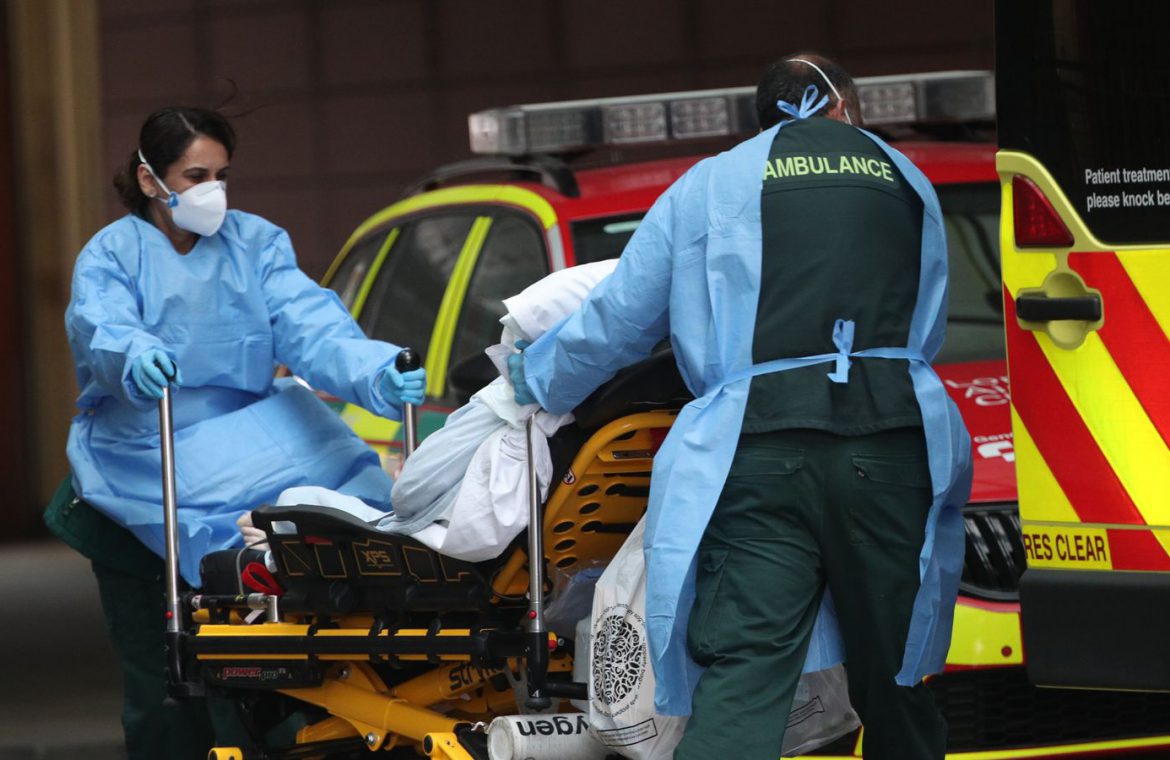 Scientists have cast doubt over claims the COVID-19 variant first identified in the UK is more deadly than the original virus.

Prime Minister Boris Johnson told the British public on Friday there was “some evidence that the new variant may be associated with a higher degree of mortality”.

It followed a report by the government’s New and Emerging Respiratory Virus Threats Advisory Group (NERVTAG), which concluded there is “a realistic possibility” that the new variant “is associated with an increased risk of death”.

But the report warned there were “limitations” in the data “that it may not be possible to resolve”.

Dr Mike Tildesley, who advises the government’s Scientific Advisory Group for Emergencies (SAGE), said it was “possibly a little bit presumptuous” of the prime minister to present the findings “in the very early stages”.

As more data is collected over the next two weeks, it is possible that the variant may prove to be less deadly than the original virus, he added.

Dr Tildesley told Sky News: “It’s somewhat unclear that this 30% is really reflective of what we are seeing.

“I would certainly approach this is with an element of caution at the moment.”

He added: “[The data] could continue to reflect what we are seeing already, that it’s more transmissible and more deadly, but it’s possible as we get more data that it could go the other way.”

Dr Tildesley suggested the government may have decided to present the early data to encourage people to follow the COVID restrictions.

The UK recorded another 1,348 coronavirus deaths on Saturday, taking the total to more than 97,000.

“We are seeing our hospitals still under severe pressure,” Dr Tildesley added.

“We are seeing sadly record number of deaths in the last week per day which is really worrying.

“Maybe it serves as a reminder to all of us that we need to keep adhering to the rules.

“Even if the data are a little bit uncertain right now, that might be one good reason to report on this a little bit earlier – as a reminder to people that we still need to batten down the hatches and do what we have been doing.”

At a Downing Street news conference on Friday, Sir Patrick said with the initial variant, 10 out of 1,000 people over the age of 60 who were infected would be expected to die.

With the UK variant, the available data suggests that 13 or 14 people out of 1,000 from the same age group would die, he added.

Professor Calum Semple, a member of SAGE and NERVTAG, said it was a “small but important change”.

“The headline figure of 30% is dramatic but it’s not particularly helpful because the actual risk of death for any individual is actually quite small,” he told Sky News.

“If you are a person in your 80s and you’ve got multiple underlying problems, then yes the risk is much higher.

“If you’re a 20-year-old, the risk is infinitesimally small to start with so you won’t notice an increase in risk.”

Prof Semple defended the government’s decision to present the mortality data, saying ministers would have been accused of a cover-up had they not revealed the findings to the public.

“I think it’s really good that science and policy are on the same page in being transparent, sharing data early, and making people aware of the situation,” he said.

“And perhaps if that’s been used to reinforce the importance of getting vaccinated and importance of self-isolating if you feel unwell, and not breaching regulations, then that’s a good use of the data.

“From my position, the data is early. We cannot be completely confident in it. In fact, we’ve said in the reports that we have low confidence in it.

“But we would be criticised far more if we didn’t share this information and three weeks later we say; ‘Oh by the way, this is happening and we knew about it three weeks ago but didn’t tell you’.”

Vallance: ‘Virus is with us forever’

The co-author of the NERVTAG report, Professor Graham Medle, said it clear the new variant is more transmissible than the original.

However, he acknowledged that it remains an “open question” whether it is more likely to lead to death.

“In terms of making the situation worse, it is not a game-changer. It is a very bad thing that is slightly worse.”