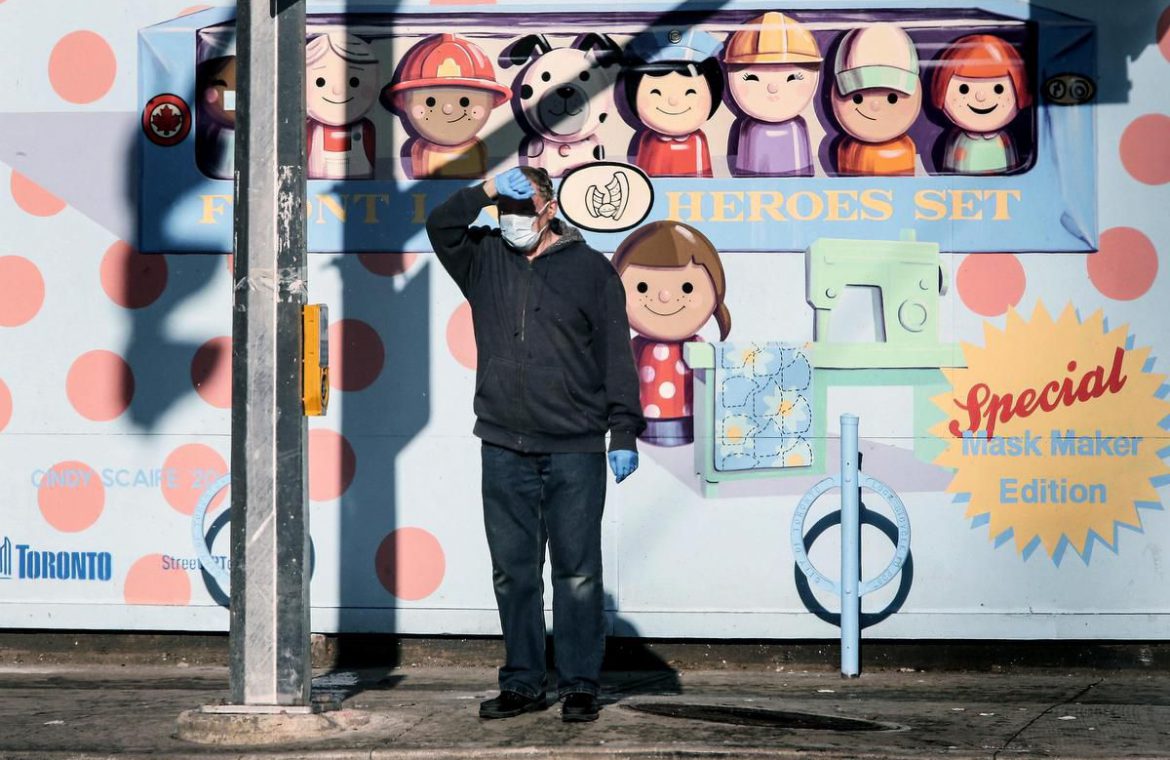 7:26 a.m. Thousands of Hong Kong residents were locked down in their homes Saturday in an unprecedented move to contain a worsening coronavirus outbreak in the city.

Authorities said in a statement that an area comprising 16 buildings in the city’s Yau Tsim Mong district would be locked down until all residents were tested. Residents would not be allowed to leave their homes until they received their test results to prevent cross-infection.

“Persons subject to compulsory testing are required to stay in their premises until all such persons identified in the area have undergone testing and the test results are mostly ascertained,” the government statement said.

The restrictions, which were announced at 4 a.m. in Hong Kong, were expected to end within 48 hours, the government said.

Hong Kong has been grappling to contain a fresh wave of the coronavirus since November. Over 4,300 cases have been recorded in the last two months, making up nearly 40% of the city’s total.

Coronavirus cases in Yau Tsim Mong district represent about half of infections in the past week.

Approximately 3,000 people in Yau Tsim Mong had taken tests for coronavirus thus far, according to the Hong Kong government, joining the thousands of others around the crowded city of 7.5 million who have been tested in recent days.

Police guarded access points to the working-class neighbourhood of old buildings and subdivided flats and arrested a 47-year-old man after he allegedly attacked an officer. The man had reportedly been told he would have to be tested after coming into the restricted area and would not be allowed to leave until he could show a negative test result.

7:24 a.m. At the end of each day, one resident of East Nashville finds out if they’ve got the golden ticket—to receive one of the handful of leftover doses in the COVID-19 vaccine lottery.

With the shot a scarce resource in a sputtering rollout, standby lists — for the few extra doses that can sometimes be squeezed out of vials, or if there are no-shows for appointments — have become opportunities to play the odds, and sometimes get lucky.

In Ontario, as hospitals pause first-dose appointments to prioritize those in long-term care on direction from the province due to the delays in coming Pfizer vaccine shipments, staff on site can still get vaccines this way.

Read the full story from the Star’s May Warren

7:23 a.m. Fear that Quebecers will catch a new variant of COVID-19 on vacation is what’s driving demands by the Quebec premier for Ottawa to ban non-essential flights to the country.

Premier Francois Legault repeated once again this week that his government believes it was vacationing Quebecers during spring break in 2020 who brought the virus home, allowing it to spread earlier and more widely in the province than elsewhere in Canada.

Legal experts say a ban on non-essential travel would violate the mobility rights guaranteed in the Charter of Rights and Freedoms, which states, “Every citizen of Canada has the right to enter, remain in and leave Canada.” The question, experts say, is whether a ban can be justified.

“The Constitution is very clear that Canadians have the right to enter and leave Canada,” Johanne Poirier, a McGill University law professor who specializes in Canadian federalism, said in a recent interview. But like other rights, she said, it can be limited — if the limitation is justified, reasonable and proportionate.

And given the worldwide pandemic, the courts might offer the government more flexibility, she said.

“These would not be cases where the courts would be extremely taxing or demanding on the government,” she said. “But the government would still have to justify it, because there’s no doubt that there’s a violation of rights.”

Prime Minister Justin Trudeau said Friday his government is considering new measures that would “significantly impede” Canadians’ ability to return to the country. Forcing returning travellers to quarantine in a hotel — at their expense and under police surveillance — is also on the table, he said.

Trudeau said earlier in the week he wouldn’t close the border to Canadians because the Constitution protects their right to enter the country. The prime minister, however, has restricted access to the country to foreigners since the start of the pandemic.

7:20 a.m. French doctors have new advice to slow the spread of the virus: stop talking on public transport.

The French Academy of Doctors issued guidance Friday saying people should “avoid talking or making phone calls” in subways, buses or anywhere in public where social distancing isn’t possible. Masks have been required since May, but travellers often loosen or remove them to talk on the phone.

Infections in France are gradually rising this month, at more than 20,000 per day. France currently has the longest virus curfew in Europe, from 6 p.m. to 6 a.m., and restaurants and tourist sites have been closed since October.

The government has so far sought to avoid a full new lockdown. Protests are expected around France on Saturday against virus-related layoffs and to support those arrested for holding a techno rave party despite virus restrictions.

7 a.m. Ontario marked a tragic milestone Friday as the number of people who have died of COVID-19 in the virus’s second wave surpassed the tally recorded during the first wave.

According to the province’s data, 2,813 Ontarians died of COVID-19 in the first wave before Ontario’s death toll fell to its lowest point on Sept. 8. As of Friday, another 2,888 deaths have been reported since.

“We’re hopefully at or around the peak of the second wave, but that means there are still a lot more deaths that will happen in the coming weeks,” said Ashleigh Tuite, an infectious disease epidemiologist and mathematical modeller at the Dalla Lana School of Public Health.

Saturday 6:07 a.m. Britain’s main doctors’ organization says it is concerned about the U.K.’s decision to give people a second dose of coronavirus vaccine up to 12 weeks after the first, rather than the shorter gap recommended by manufacturers and the World Health Organization.

The U.K., which has Europe’s deadliest coronavirus outbreak, adopted the policy in order to give as many people a first dose of the vaccine as quickly as possible. So far almost 5.5 million people have received a first dose of either a vaccine made by Pfizer and BioNTech or one developed by AstraZeneca and Oxford University.

AstraZeneca has said it believes a dose of its vaccine offers protection after 12 weeks, but Pfizer says it has not tested the efficacy of its jab after such a long gap.

The British Medical Association urged England’s chief medical officer to “urgently review” the policy for the Pfizer vaccine. It says there was “growing concern from the medical profession regarding the delay of the second dose of the Pfizer-BioNTech vaccine as the U.K.’s strategy has become increasingly isolated from many other countries.”

Pfizer says its second dose should take place 21 days after the first. The World Health Organization says the second shots of coronavirus vaccines can been given up to six weeks after the first.

Friday 4 p.m. The number of workers testing positive for COVID-19 at Canada Post’s Mississauga facility has risen to 182 since Jan. 1, following four days of on-site testing, a spokesperson told the Star Friday.

Voluntarily testing will continue next week, the spokesperson said.

“The facility in Mississauga is central to our entire national delivery and processing network. The plant continues to operate with a continued focus on physical-distancing, mandatory face coverings and other safety measures. We continue to process heavy incoming parcel volumes, however customers should expect delays.”

The Star reported earlier this week that 121 workers had tested positive at the facility. More than 4,500 people work at the Dixie Road site.