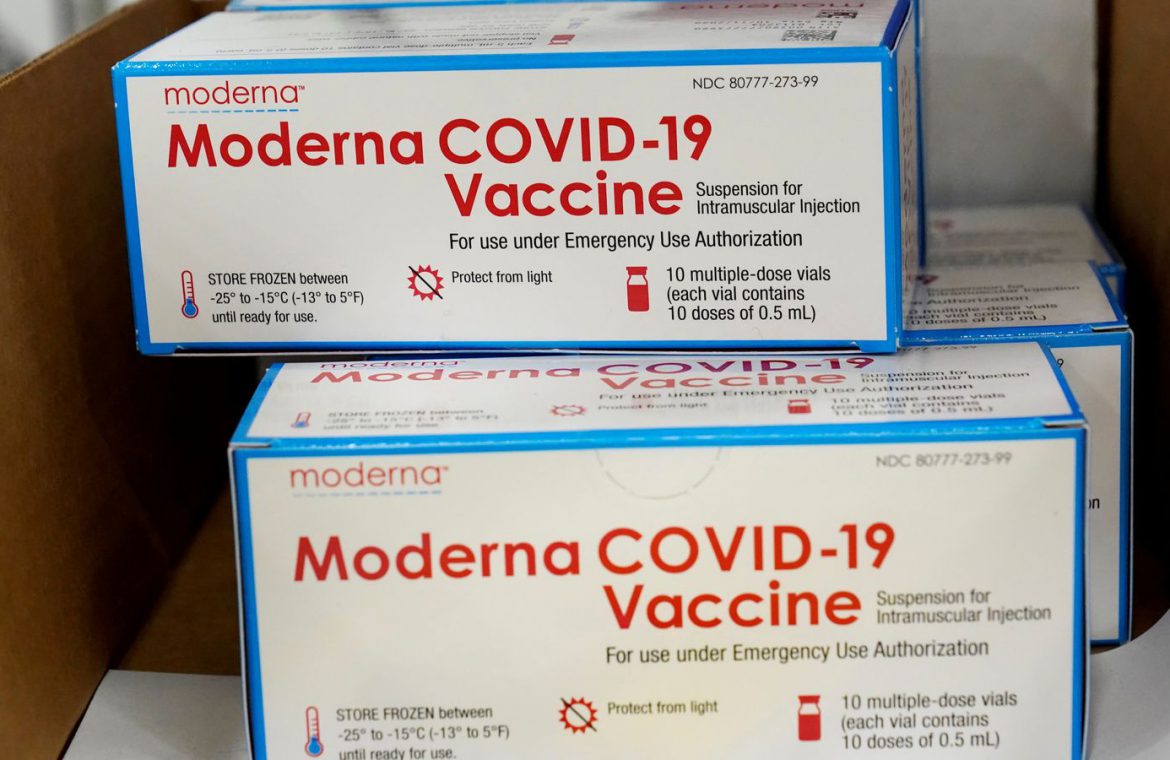 Vaccine manufacturer Moderna is to test out a jab against the South African variant of the virus that causes COVID-19.

The company made the decision after laboratory tests showed a six-fold reduction in the ability of antibodies, produced in response to the vaccine, to kill the new version of the virus.

The UK has 17 million doses of Moderna’s vaccine on order, with deliveries due to start in the spring.

The lab tests showed that the vaccine was effective against the ‘Kent’ variant that is currently sweeping across the UK. In London and the South East, it accounts for 70% of all new cases.

Moderna said it “expected” the vaccine would also be protective against the South African variant, but the reduction in antibody levels suggested that immunity could wane more rapidly.

In a statement to investors, the company said it is to test whether a third dose – on top of the two routinely given – boosts the immune response.

More significantly, it has also made a new, tweaked version of the vaccine using genetic material from the South African variant.

Pre-clinical and phase one studies are planned in the United States.

Stephane Bancel, chief executive of Moderna, said: “As we seek to defeat the COVID-19 virus, which has created a worldwide pandemic, we believe it is imperative to be proactive as the virus evolves.”

She said the decision to make a reformulated vaccine had been taken “out of an abundance of caution”.

Image:
A scientist works on the Moderna coronavirus vaccine

Significant variants of the virus have been discovered in recent weeks.

The UK variant is believed to be around 50% more transmissible, with a higher death rate than the older version of the virus.

But variants in South Africa and Brazil are causing even greater concern because they have additional mutations that may help the virus evade the immune system.

Scientists expect more variants to emerge in the future.

They believe the high number of global COVID cases is increasing the chances of significant new mutations.

The virus is also under pressure to evolve because more people have immunity from previous infection.

Other vaccine manufacturers are also expected to test their jabs against the new variants. Pfizer has already said its jab works against the UK version of the virus.

But immunologists expect manufacturers will have to add genetic material from a range of variants to ensure the vaccine remains protective.

The COVID-19 Genomics UK Consortium, which analyses the genetic make-up of around 10,000 virus samples a week, is on the lookout for people developing serious symptoms despite having had the vaccine.