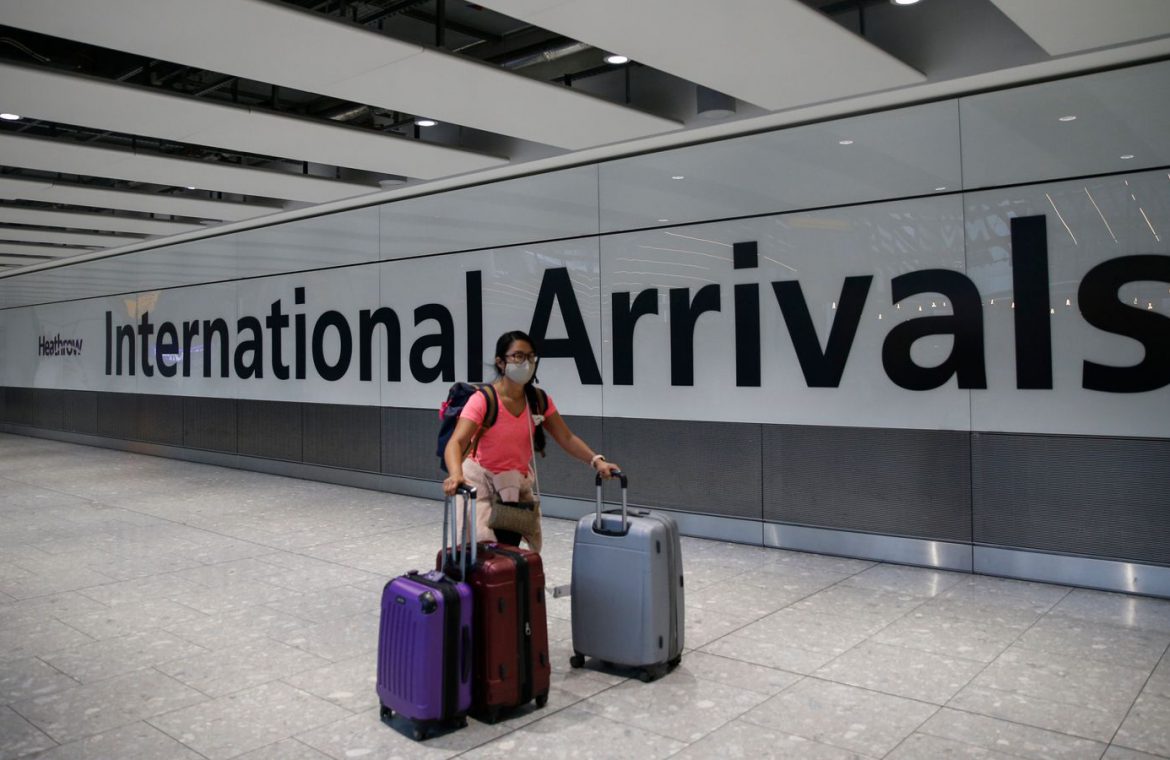 UK nationals and residents returning from “red list” countries will be placed in quarantine in government-provided accommodation – such as hotels – for 10 days, Boris Johnson has told MPs.

The prime minister said the new measures are aimed at preventing new mutant COVID strains from reaching the UK.

Mr Johnson reiterated that, under England’s national lockdown, it is currently “illegal to leave home to travel abroad for leisure purposes”.

He said the government would “enforce this at ports and airports by asking people why they are leaving and instructing them to return home if they do not have a valid reason to travel”.

And, announcing the new hotel quarantine requirements, Mr Johnson told MPs: “We have also banned all travel from 22 countries where there is a risk of known variants including South Africa, Portugal and South American nations.

“And, in order to reduce the risk posed by UK nationals and residents returning home from these countries, I can announce that we will require all such arrivals who cannot be refused entry to isolate in government provided accommodation, such as hotels, for 10 days without exception.

“They will be met at the airport and transported directly into quarantine.”

A holiday is not a valid reason to travel

Mr Johnson said the Department of Health and Social Care was working to establish quarantine facilities “as quickly as possible”.

It was not immediately clear which of those 30 countries the new hotel quarantine rules would apply to.

Home Secretary Priti Patel, setting out the new measures to the House of Commons, later told MPs “there are still too many people coming in and out of our country each day”.

She said the further action was aimed at reducing “passenger flow so that only a small number of people for whom it is absolutely essential to travel are doing so and therefore reducing the risk to our world-leading vaccine programme”.

Ms Patel also reinforced the message that “going on holiday is not a valid reason” to ignore the current stay at home order.

“We will introduce a new requirement so that people wishing to travel must first make a declaration as to why they need to travel,” she told MPs.

“This reason for travel will be checked by carriers prior to departure and this approach effectively mirrors the checks on arrivals that are already in place with the passenger locator form.”

‘Why has the UK the highest number of deaths?’

It is understood travellers from “red list” countries will have to pay to isolate in a monitored hotel, with coronavirus testing carried out during their stay.

The move has been widely anticipated in recent weeks, with critics arguing the government should have taken tougher action sooner.

They have pointed to the examples of Australia and New Zealand, who have had mandatory quarantines since the early weeks of the pandemic and have largely eliminated transmission of the virus within their borders.

Reports in recent days have emerged of competing views in government over how wide ranging the mandatory quarantine should be.

It has been suggested that some ministers have been arguing the mandatory quarantine should apply to arrivals for all countries, while others have been advocating targeting certain nations deemed to pose more of a risk.

“Mutations of the virus risk undermining the efficacy of the vaccines, threatening life and hope,” he told MPs.

“We cannot know where these mutations will emerge from next and the truth is the government is once again behind the curve.

“Labour is calling for a comprehensive hotel quarantining. Today’s announcement is too limited, it leaves huge gaps in our defences against emerging strains.

“We know that the strains that emerged in South Africa and Brazil have already reached these shores. Little wonder really when controls have been so lax.”

The SNP’s Westminster leader Ian Blackford earlier told Mr Johnson that “both the Scottish and Welsh governments want to go further on quarantine measures than what his UK government is proposing”.

He called on the prime minister to “stop his half measures” and introduce “stricter enforcement on international travel”.

A Welsh government spokesperson said: “We have agreed on the need for a joint approach between the four nations of the UK and the Republic of Ireland to strengthen border health measures, in order to prevent the further spread of coronavirus.

“However, we do not believe the approach as set out by the UK government goes far enough. Further discussions on the details of the proposals will take place as soon as possible.”