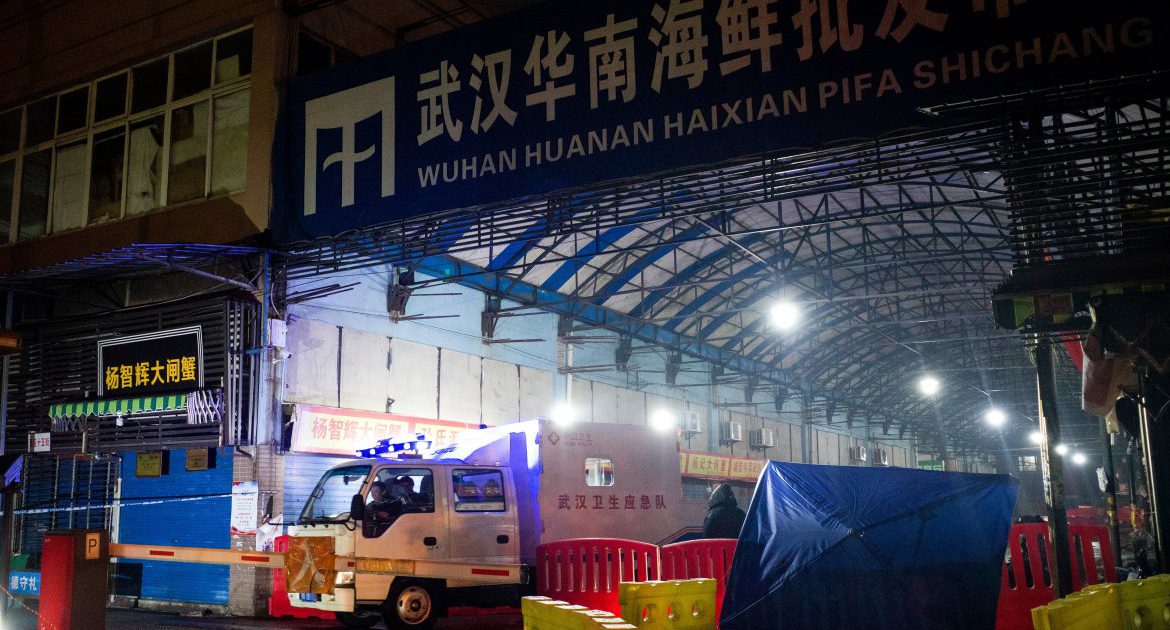 Experts begin their investigation into the origins of the coronavirus in the city where the first cases were reported.

A team of World Health Organization experts is due to begin field research into the origins of the coronavirus in Wuhan, where COVID-19 was first recorded in late 2019, after completing two weeks of compulsory hotel quarantine.

The team is expected to visit Huanan Market where the first people fell ill with the virus, as well as the Wuhan Institute of Virology, a nearby medical laboratory. They will also try to find out whether the virus came from a bat, like the more deadly Severe Acute Respiratory Syndrome (SARS) which was traced back to a cave in China’s Yunnan province.

The WHO has stressed that the investigation, which has been months in the making, is not about apportioning blame, but about understanding how the virus made the jump to humans and finding ways to prevent the emergence of similar pathogens.

“As the pandemic continues to unfold, understanding how the epidemic began is essential to prevent further SARS-CoV-2 virus introductions and help prevent introductions of new viruses in the future,” the team’s Terms of Reference said.

Al Jazeera’s Katrina Yu was outside the hotel in Wuhan to speak to some of the team members, including Dutch virologist Marion Koopmans.

“Her main message was: ‘This is going to take some time, so be patient,’” Yu said.

The WHO team has been quarantined in a Wuhan hotel for the past two weeks [Hector Retamal/AFP]As COVID spread over the past year, inundating countries far beyond China and leaving more than 2 million people dead and economies devastated, the pandemic has become increasingly politicised. Former US President Donald Trump blamed China for the outbreak, while China’s Communist Party has sought to reframe the narrative surrounding it, silencing critics and introducing the idea that the virus might have come from outside China.

Huanan Market – long ago cleared and disinfected, and now closed – will be a key focus of their time in the city. Many of the earliest cases of what was then a “mysterious” new respiratory illness among the city’s residents suggested a link to the market, which sold seafood but also a wide range of other live animals, including exotic wildlife.

After two weeks of phone-based discussions, they will visit the site for themselves to try and assess the role the market played in the outbreak. The laboratory is also on their itinerary.

Some family members of those who died in the city have urged the investigators to speak to them but there is no clear indication they will be able to so.

Peter Daszak, who is on the team, told NBC News this week that the team had been getting new data from China. Koopmans, meanwhile, told Al Jazeera that she was “quite optimistic” about their work.

The team is also expected to visit the Wuhan Institute of Virology as part of their investigation into the origins of the coronavirus [Roman Pilipey/EPA]The team is visiting as China moves to curb new outbreaks of COVID-19 ahead of the Lunar New Year holidays [Alex Plavevski/EPA]While China managed to quell the outbreak in Wuhan with a strict lockdown and mass testing, it again finds itself facing new pockets of disease just days away from the Lunar New Year, the country’s most important holiday and when tens of millions of people usually travel home to see their families.

This year, authorities are encouraging people to stay put by offering special bonuses for those who continue to work and refunds on tickets that have already been bought. Bookings are said to have declined by 40 percent, Yu said.