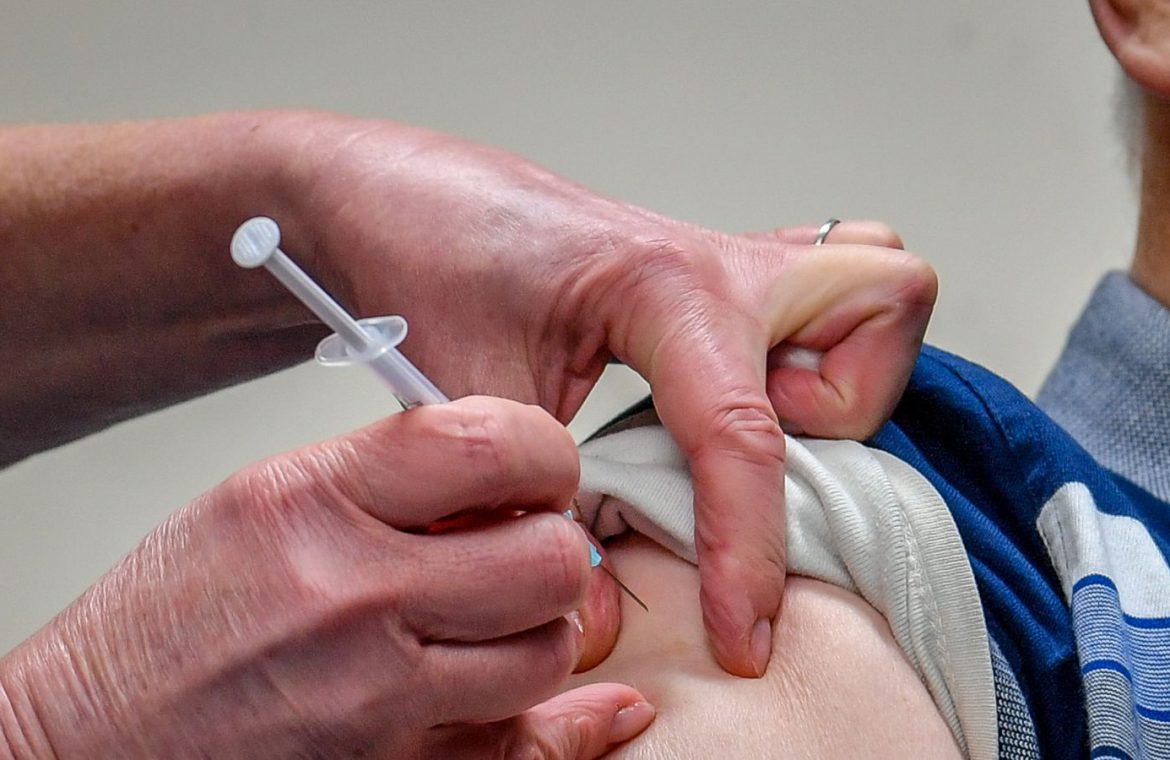 EU drug regulators have announced AstraZeneca’s coronavirus vaccine can be given to adults in all age groups – the third jab cleared for use in the bloc.

Many countries on the continent have been struggling to vaccinate people as quickly as nations such as the UK.

And there is currently a bitter wrangle between AstraZeneca and the EU over vaccine supply shortages in the bloc – with Brussels announcing an export ban on some jabs within its borders.

The AstraZeneca vaccine had an efficacy of around 60% in trials, the European Medicines Agency (EMA) said.

The EMA advice comes after questions were raised in Germany over how effective the jab, developed with Oxford University, is in protecting older people.

Only 12% of those who took part in the trials were over 55 and they were enrolled later, so there has not been enough time to collate the results.

On Thursday, a draft recommendation from Germany’s vaccination advisory committee said the AstraZeneca vaccine should currently only be given to people aged 18-64.

The EMA said there were not yet enough results for people over the age of 55 to determine how well the vaccine would work for this group.

However it said protection was expected, given that an immune response is seen in this group – and it ruled the vaccine can be given to older people.

UK regulators acknowledged the limited data for older people when it cleared the jab last month for people over 18.

But Public Health England has said details on the immune response for those 65 and over had been “reassuring”.

A separate study testing the AstraZeneca vaccine in the US is still under way.

The vaccine is administered via two injections into the arm, the second 4-12 weeks after the first.

The EMA has already authorised the Pfizer and Moderna jabs for all adults.

The EU wants doses of the AstraZeneca vaccine to be sent from British plants to solve its jab shortage issues, after member states were forced to pause or delay rollout.

Brussels has hit out at AstraZeneca after the drug giant said it would reduce initial deliveries from 80 million doses to 31 million, blaming production problems.

“This regulation concerns the transparency and export of COVID-19 vaccines.”

The UK was not named among countries exempted from the new measures.

Don't Miss it A security guard who worked at a COVID-19 quarantine hotel in Melbourne speaks out | 7.30
Up Next Today’s coronavirus news: All Canadian travellers returning from overseas will have to take a COVID-19 test, Trudeau announces; Ontario reporting 1,837 more cases, 58 deaths