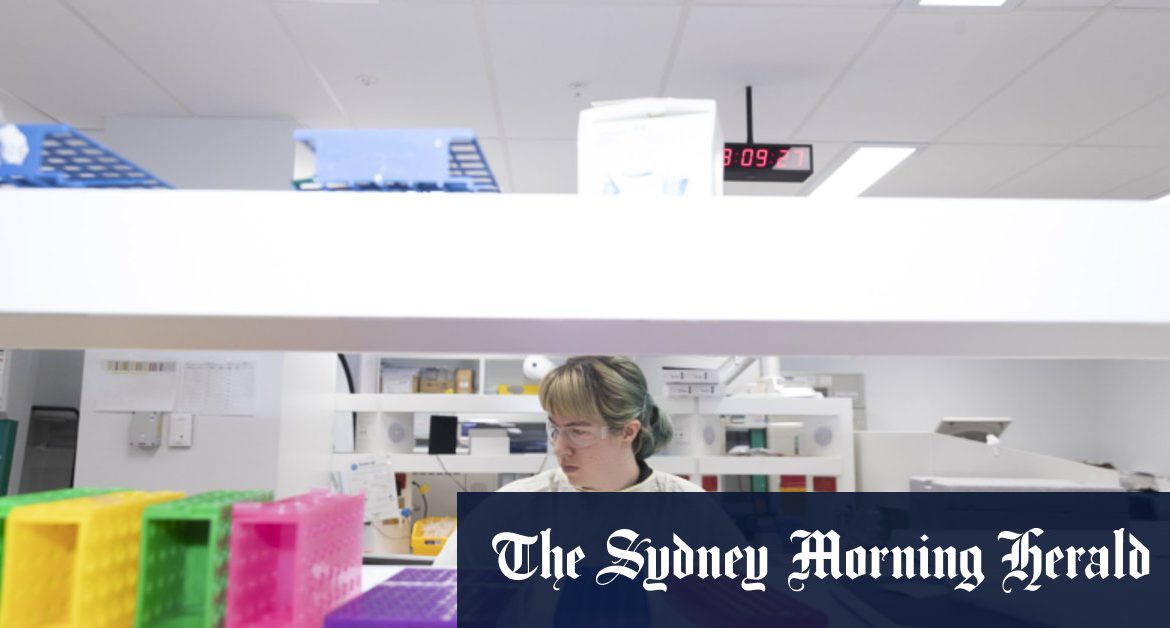 Foreign Minister Marise Payne will go to the World Health Organisation with concerns over the European Union’s plans to add controls to vaccine exports from the region, which includes Australia’s first two contracted vaccines from Pfizer and AstraZeneca.

Both those companies reaffirmed they would begin delivering their European-made vaccines by the end of February, Mr Hunt said.

“Australia remains on track for a late February commencement of the vaccine rollout,” he said.

The Novavax stage three trial included more than 15,000 participants aged between 18 and 84 in the UK, and 27 per cent were aged over 65.

In a smaller phase 2b study in South Africa, the vaccine was found to be 60 per cent effective at preventing COVID-19 illness. That dropped to 49 per cent when people with HIV were also included. In that trial 90 per cent of the sequenced cases were attributed to the highly contagious strain.

“This is the first COVID-19 vaccine for which we now have objective evidence that it protects against the variant dominating in South Africa,” Professor Maddi said.

Professor Raina MacIntyre, head of the biosecurity program at the Kirby Institute at the University of NSW, said information was urgently needed about the other vaccines Australia has acquired and how effective they are against these variants.

“They all target the same protein, so we can expect reduced efficacy to variant strains with these vaccines,” she said.

“These are likely to become the dominant strains globally and are more contagious, and the B117 appears to be more severe.“

Australia is set to receive 51 million doses of the Novavax jab from the middle of the year.

Before that, Pfizer will start providing the country with at least 80,000 doses a week to a total of 10 million by the end of the year.

AstraZeneca has committed to providing a total of 1.2 million internationally produced doses initially, and 50 million doses are being manufactured at CSL’s Melbourne facility.

The first delivery of that locally manufactured vaccine will be earlier than expected.

“The first doses have been brought forward to an expected late March supply of approximately 1 million per week,” Mr Hunt said.

By the end of March, CSL will have provided approximately 2 million doses of the AstraZeneca vaccine, he said.

Mr Hunt has previously described the AstraZeneca vaccine as the “ace in the hole” of the country’s inoculation strategy, with the majority of Australians set to receive that vaccine.

In Germany, scientists on the Health Ministry’s vaccine committee did not find the AstraZeneca vaccine unsafe, but said the jab should not be given to older age groups due to a lack of trial data. The experts endorsed the vaccine’s rollout for people aged 18 to 64.

“There are currently insufficient data available to assess the vaccine efficacy from 65 years of age,” the committee said in its draft decision on Thursday (German time).

The European Medicines Agency was to hand down its verdict on the vaccine on Fridaywhile the Australian medical regulator is expected to make a decision on the AstraZeneca vaccine in February.

On Friday, Mr Hunt said he had complete faith in the Therapeutic Goods Administration’s assessment.

“Our approach will be led by what we believe will be the best medical regulator in the world, the Therapeutic Goods Administration.”

A TGA spokesperson said “all matters are being carefully considered” as part of its assessment process, including the evidence supporting immunisation in various age groups.

“The TGA’s decision will also be informed by the Advisory Committee on Vaccines, an independent group of clinical and technical experts,” the spokesperson said on Friday.

AstraZeneca has acknowledged over 65s represented a small proportion of trial participants but insists the jab will provide a strong shield against serious illness and death in all age groups.

“The latest analyses of clinical trial data for the AstraZeneca-Oxford vaccine support efficacy in the over 65 years age group,” a spokesperson said.

Millions of elderly residents in the UK have already been given the vaccine and work is under way to assess its efficacy outside the trials.

Prime Minister Boris Johnson said he did not agree with Germany’s decision. He said British authorities think the AstraZeneca vaccine “is very good and efficacious” and gives a high degree of protection after one dose and even more after two doses.

Any restrictions on using AstraZeneca for over 65s will complicate Australia’s rollout strategies because older people are due to be prioritised given their vulnerability to COVID-19.

If the TGA made a similar finding to Germany, the Morrison government would have to rely more heavily on the Pfizer-BioNTech vaccine during the initial rollout.

Despite assurances from Pfizer and AstraZeneca about international vaccine deliveries, Mr Hunt said Ms Payne and the Department of Foreign Affairs and Trade would approach the World Health Organisation and other European agencies about ensuring Australia’s supply of vaccines was “guaranteed on a continuous basis”.

Bevan Shields is the Europe correspondent for The Sydney Morning Herald and The Age.

Don't Miss it Coronavirus live news: EU Commission says AstraZeneca contract is binding and ‘crystal clear’ | World news
Up Next What does the US' new vaccination strategy look like | COVID-19 Special