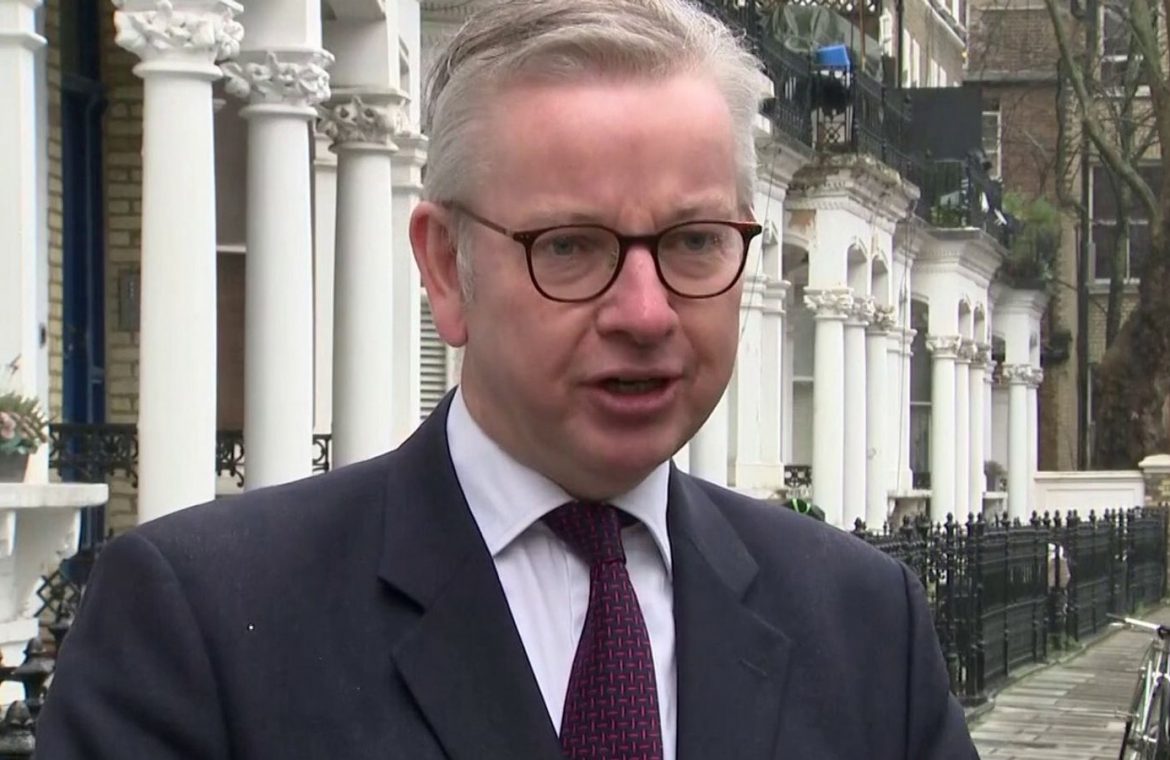 The EU “recognise they made a mistake” by invoking a Brexit deal clause to prevent coronavirus vaccine shipments entering the UK, Michael Gove has said.

The bloc has faced widespread criticism after its short-lived move to override part of the agreement on Northern Ireland over export controls.

And Minister for the Cabinet Office Mr Gove said the union now realised it was in the wrong – and promised the UK would “work with them to make sure their own problems can be tackled”.

He said “we need a reset” of relations following the furore, which was sparked by a row between the EU and AstraZeneca over supply of its COVID-19 jab.

Brussels had sought to halt vaccines entering the UK through “the back door” with checks at the border of the Republic and Northern Ireland, by triggering Article 16 of the Northern Ireland Protocol.

It backtracked on the move – which a former European prime minister has suggested it should consider apologising for – after condemnation from London, Dublin and Belfast, with leaders all blindsided by the decision.

And Mr Gove said: “I think the European Union recognise that they made a mistake in triggering Article 16, which would have meant the re-imposition of a border on the island of Ireland.

“After all the self-righteousness the EU demonstrated about not having a hard border on the island of Ireland, then to invoke Article 16 just 29 days after the protocol came into effect seems drastic and, quite frankly, unjustified,” she told Sky News.

EU officials say they have asked AstraZeneca to send some doses manufactured in the UK to Europe to make up the shortfall, although the firm has said its contract with the UK prevented this.

The European Commission also announced it was setting up controls on coronavirus vaccine supplies from the EU to outside the bloc, while insisting it was not a ban.

But despite speculation the row could cause a vaccine shortfall in Britain, Mr Gove suggested the government would not now be moving to order that second Pfizer jabs be administered sooner.

“We have assurances that the supply… that we have paid for is going to be delivered,” he said.

“That’s why we are carrying on with our programme.”

He continued: “The prime minister was very clear, we’ve entered into contractual arrangements with AstraZeneca and Pfizer and we expect those arrangements to be honoured.

“And [European Commission] President von der Leyen was clear that she understood exactly the UK Government’s position, so we expect that those contracts will be honoured, we expect that vaccines will continue to be supplied.

“The European Union know that and of course we’ll work with them in order to make sure that their own problems can be tackled.”

He said the UK did not now feel it had the upper hand in its relationship with Brussels.

“No, we want to work with our friends and neighbours in the European Union,” he said.

“We recognise some the difficulties and pressures that they face. Now we can move on and we can ensure that the issues which the people of Northern Ireland are legitimately concerned about can be addressed.”

He said he had spoken to European Commission vice president Maros Sefcovic about the issue.

Mr Sefcovic later said in a statement posted on Twitter: “Our shared priority is making sure the Protocol works for the people of Northern Ireland, protecting gains of the peace process and avoiding disruption to everyday lives.

“Jointly committed to redoubling our efforts to address outstanding issues.”

Finland’s former prime minister, Alexander Stubb, told Sky News he was shocked by the EU’s decision to trigger the clause and that the bloc should consider apologising.

“At first I didn’t believe it because I think it slaps in the face every principle that the Europeans stand for, including the free movement of goods,” he said.

And former permanent secretary at the now disbanded Brexit department Philip Rycroft told Sky News: “In my view it was wholly disproportionate to what they were seeking to achieve. It was unnecessary.

“It bears all the hallmarks of a bureaucracy that is under huge pressure, action before it was thinking straight… and basically getting it horribly wrong.”

French President Emmanuel Macron, meanwhile, backed the move to impose vaccine controls as he raised questions about a lack of doses being delivered.

He said: “It should be controlled because there is questionable behaviour and we will be receiving fewer deliveries that do not honour the contractual engagements agreed.”

Mr Macron has faced criticism for seeking to cast doubt on the effectiveness of the AstraZeneca jab in the over-65s while demanding supplies of the vaccine.

His comments have been dismissed as “demand management”.

Over three nights, Sky News will host a series of special programmes examining the UK’s response to the pandemic.