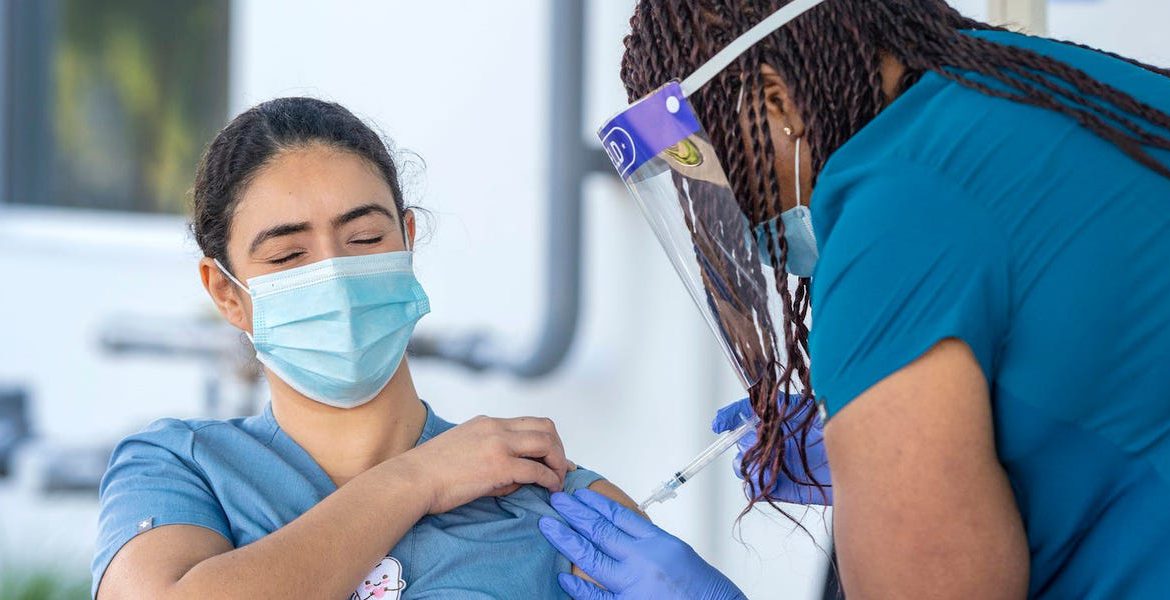 People who’d had COVID-19 developed at least 10 times as many antibodies after their first vaccine dose as the average uninfected person who received two doses, a new study found.
Another preliminary study found that healthcare workers who’d had COVID-19 responded to their first shot the way most people did to their second.
The researchers suggested that some people might need only one shot to sufficiently protect them.
Visit Business Insider’s homepage for more stories.

People have tended to report more side effects after their second coronavirus shot than their first.

But researchers at the Icahn School of Medicine at Mount Sinai discovered a slightly different response among people who’d already had COVID-19.

Not only did these people have stronger side effects — including fatigue, headache, chills, fever, and muscle and joint pain — after their first injection, but they had more antibodies than those who hadn’t been sick before.

In a study out Monday that’s still awaiting peer review, the researchers found that people who had already had COVID-19 developed at least 10 times as many antibodies after their first dose as the average uninfected person who received two doses.

That could mean that previously infected people need only one shot to sufficiently protect them from getting sick again. A single shot might also help them avoid more uncomfortable side effects after a second dose.

The researchers wrote that “changing the policy to give these individuals only one dose of vaccine” could “spare them from unnecessary pain and free up many urgently needed vaccine doses.”

The findings are supported by another preliminary study, also out Monday, that found that healthcare workers who’d had COVID-19 displayed higher antibody levels after their first shot than vaccinated people who had never been infected.

“It was a very large difference. It was something that we could easily see,” Dr. Mohammad Sajadi, an associate professor at the Institute of Human Virology at the University of Maryland School of Medicine, told Insider.

Typically, Sajadi said, COVID-19 patients develop antibodies about two to three weeks after their initial infection. But it didn’t take nearly as long for the people who’d already been sick to develop antibodies in response to a vaccine: These people showed high antibody levels a week after their first shot, peaking about 10 to 14 days after vaccination.

Both studies examined only a small group of vaccinated people — a few hundred in total. For this reason, many scientists are wary of prescribing anything other than the two-dose regimens that have been tested in clinical trials.

“I’m a big proponent of the right dosing and right schedule, because that’s how the studies were performed,” Maria Elena Bottazzi, an immunologist at Baylor College of Medicine, told The New York Times.

People who’ve had COVID-19 have a ‘memory response’

A healthcare worker administers a COVID-19 test in Los Angeles on November 23.

Pfizer’s and Moderna’s late-stage clinical trials suggested the vaccines are safe for people with a history of coronavirus infection. But there are some exceptions.

The Centers for Disease Control and Prevention recommends that people with an active infection wait until their symptoms have resolved and the standard 10-day isolation period has passed before getting vaccinated. That includes people who’ve already received their first dose.

“The recommendations for receiving any dose of the vaccine are not to get it if you’re frankly ill at the time,” Dr. Sandra Sulsky, an epidemiologist and principal at Ramboll, a global health-sciences consulting firm, previously told Insider.

But scientists still aren’t sure when vaccines are necessary for previously infected people. Emerging research has suggested that coronavirus antibodies could last anywhere from several months to several years — and even then, antibody levels don’t always translate to immunity.

All the participants in Sajadi’s study, for instance, tested positive for coronavirus antibodies in July and August. By the time they got their shot, he said, some of them had “very, very low levels” of antibodies, but they still seemed to respond strongly to the vaccine.

“What that shows you is that individuals who had a prior COVID infection have what we call a recall response or a memory response,” Sajadi said. “For most infections, the second time you see that microorganism, you should get a faster response.”

He cautioned, however, that the findings apply only to people with a “run-of-the-mill COVID infection” — people who developed antibodies and have since recovered from their illness.

An interim solution to limited doses

People waiting in line in a Disneyland parking lot to receive COVID-19 vaccines.

Sajadi said that giving only one dose to people who’ve already had COVID-19 would be a short-term strategy to address critical vaccine shortages.

With only 32 million Americans vaccinated so far, many states have reported that they don’t have enough doses to meet demand. In recent weeks, some local health departments have been forced to cancel vaccine appointments or shut down scheduling websites.

The CDC has said vaccination sites can delay administering a second dose for up to six weeks — instead of the recommended three to four weeks — in “exceptional circumstances” where it isn’t feasible to give the second dose on time.

“In times of vaccine shortage, where every vaccine dose counts, we think the data shows if you had previous COVID infection, you may only need one dose for the booster,” Sajadi said. That “may even be the ideal scenario” for previously infected people when vaccines are widely available, he added.

So far, however, researchers have examined how these people have responded to only the Moderna and Pfizer vaccines, both of which use the same mRNA technology to trigger an immune response.

Sajadi said it was hard to know whether these people would have a similar antibody response to the single-dose viral-vector vaccine from Johnson & Johnson, which plans to apply this week for emergency use.

“There’s no reason to think it would act differently,” he said. “But you just never know until you test.”