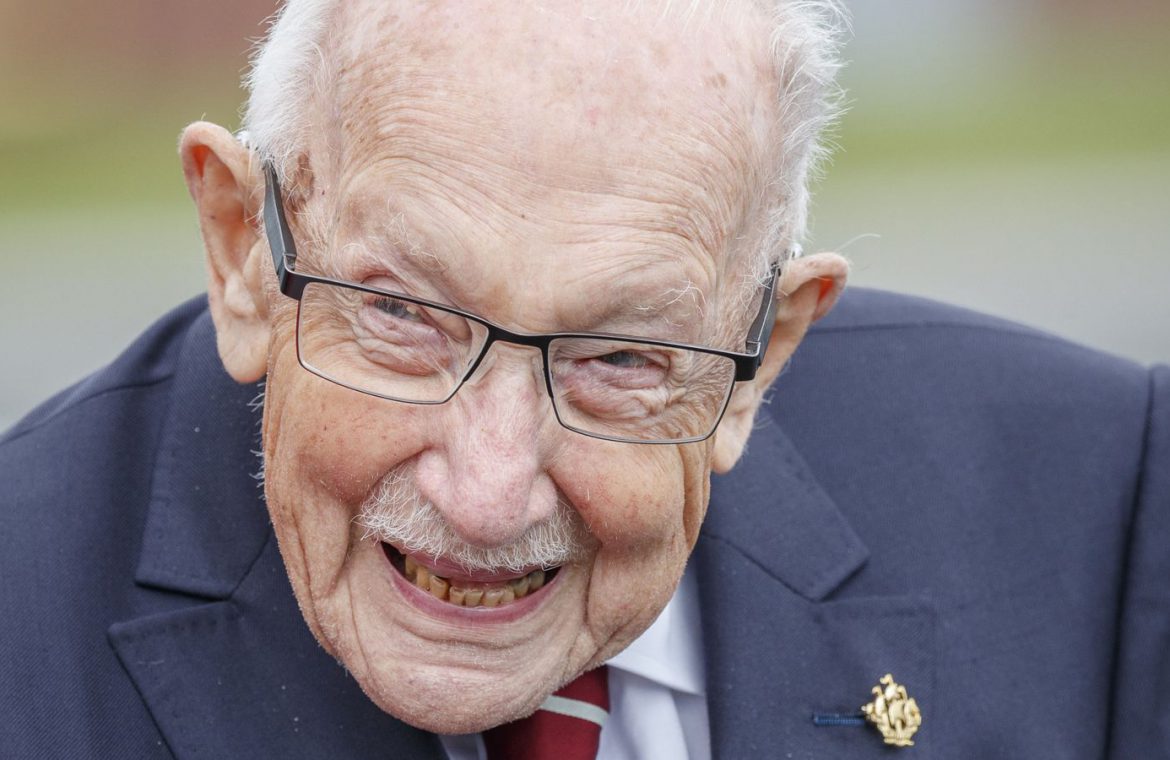 Boris Johnson is encouraging the nation to join in with a national clap for Captain Sir Tom Moore and healthcare workers this evening.

The Second World War veteran, who inspired the nation in lockdown by raising tens of millions of pounds for the NHS, died at the age of 100 on Tuesday morning after contracting COVID-19, his family said.

To mark his memory, a minute’s silence took place today in the House of Commons before Prime Minister’s Questions at noon to honour him and all victims of the pandemic.

Prime Minister Boris Johnson praised Sir Tom’s fundraising efforts and said his was a “life well lived” and that he “inspired the very best in us all”.

The prime minister encouraged the nation to join in with a national clap for Sir Tom and healthcare workers at 6pm tonight.

“We now all have the opportunity to show our appreciation for him,” Mr Johnson said.

The centenarian’s death has prompted reaction from around the world, after he raised more than £32m for the NHS during the UK’s first national lockdown.

A statement from Buckingham Palace said: “The Queen is sending a private message of condolence to the family of Captain Sir Tom Moore.

“Her Majesty very much enjoyed meeting Captain Sir Tom and his family at Windsor last year. Her thoughts and those of the Royal Family are with them.”

In a statement, Mr Johnson said: “Captain Sir Tom Moore was a hero in the truest sense of the word. In the dark days of the Second World War he fought for freedom and in the face of this country’s deepest post-war crisis he united us all, he cheered us all up, and he embodied the triumph of the human spirit.”

The White House also paid tribute to Sir Tom following his passing, tweeting: “We join the United Kingdom and the world in honouring the memory of Captain Sir Tom Moore, who inspired millions through his life and his actions.”

Earlier, Matt Hancock described Sir Tom as an “inspiration” and said his contribution will be formally marked.

“I will ensure we mark his contribution properly and appropriately at the right moment,” the UK’s health secretary told BBC Breakfast.

Asked whether a statue might be built to honour his legacy, Mr Hancock told LBC: “Yes, I do think that we should find a way, at the right time, to honour the contribution that he made to the NHS and he was an inspiration to so many people.”

Sir Tom planned to raise £1,000 for NHS Charities Together by walking 100 laps of his garden with his walking frame before his 100th birthday last April – but his efforts quickly struck a chord with the nation and donations flooded in.

He became a national treasure and a household name as a result of the fundraising – and was subsequently knighted by the Queen at Windsor Castle last July.

Charities have vowed that Sir Tom’s legacy will live on “for years and years”.

His family said the last year of his life was “nothing short of remarkable”, and that he had “experienced things he’d only ever dreamed of”.

The Captain Tom Foundation, which was set up to support causes close to Sir Tom’s heart, said its work would “aspire to ensure Tom’s message of hope becomes an enduring legacy”.

Don't Miss it Victoria has no active cases of coronavirus for the first time since February | ABC News
Up Next Experts warned of new COVID-19 variants. Why did Ottawa wait for stricter travel rules?