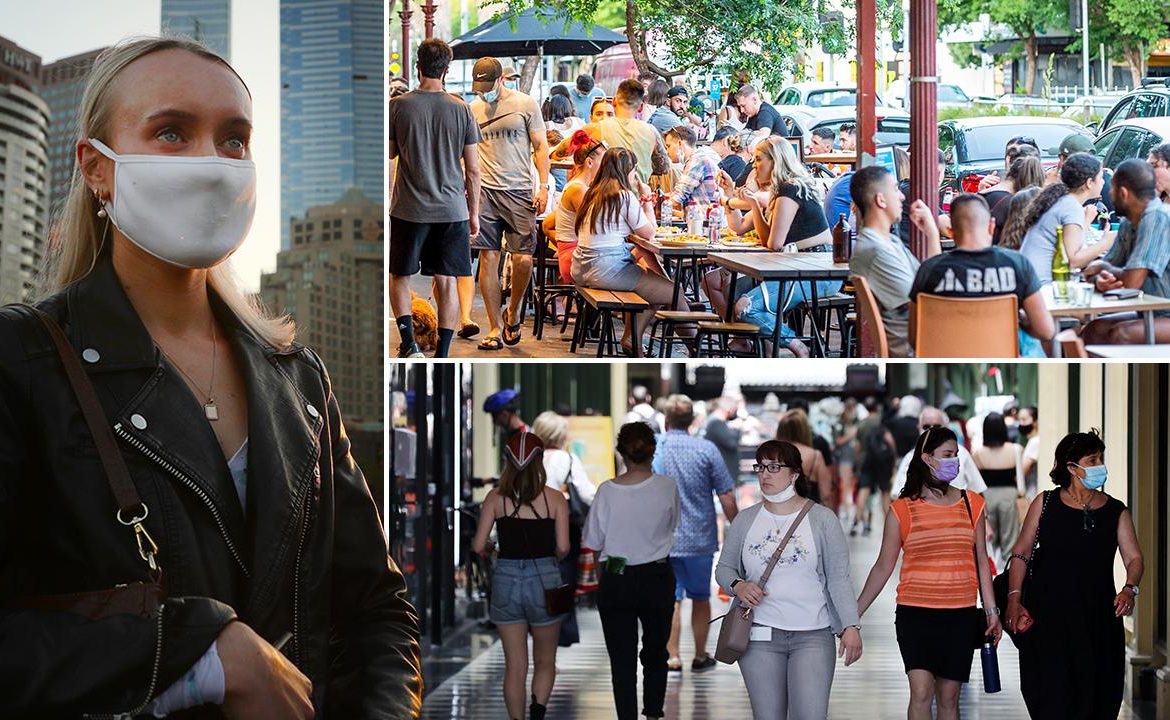 Locations for the first Pfizer hubs across Victoria have been revealed, in a key step in the state’s vaccine roll out.

Another day of zero cases has been recorded in Victoria, taking the tally to 28 days since the last locally acquired case.

There were 16,142 tests recorded in the past 24 hours, the Department of Health announced on Wednesday morning.

The state’s vaccine program is set to roll out in nine suburban and regional health areas as soon as the program is ready to go, Health Minister Martin Foley announced on Wednesday morning.

The state was preparing the first nine Pfizer hubs in anticipation of the vaccine’s release in February and March, he said.

“This is a significant day in the response of the Victorian community to the pandemic,” Mr Foley said.

However, Mr Foley said roll out dates were not known and that certain groups would receive priority when it came to getting the jab.

“The vaccine is safe, effective and free – and it will be provided first to those Victorians who are most at risk,” Mr Foley said.

Monash Health has 20,000 staff but is hoping to vaccinate 5000 of those within the first six weeks of the program.

People eligible for the vaccine in the first round include quarantine workers, health workers, paramedics and GPs.

Aged care residents and staff will also be prioritised.

It comes after the State Government announced 75 per cent of corporate and public sector staff could return to offices by February 8.

Meanwhile, another crossbench showdown looms in Victoria’s upper house as the Andrews government seeks to extend its state of emergency powers until December.

Premier Daniel Andrews on Tuesday announced the government would again introduce a bill into parliament to continue its emergency rules, this time for nine months.

The state government first declared a state of emergency in Victoria on March 16 last year in response to the coronavirus pandemic.

In September, it sought a 12-month extension that was negotiated down to six months on the agreement reports on public health advice would be released every month.

With the expiration deadline for the laws approaching, the government wants to pass a new bill to extend its current powers until December 15.

But crossbench MPs needed to pass the laws in the upper house have indicated they will drive a hard bargain and it’s believed the government does not yet have the numbers.

Reason Party MP Fiona Patten said at this stage she did not support the bill and would push for a new piece of coronavirus-specific legislation.

“This pandemic may not end by December,” she said.

“There is no reason to think we won’t be requiring quarantine and other measures to keep us safe and keep us open well into 2022.”

The opposition’s leader in the Legislative Council, David Davis, said nine months was too long.

“Month to month or three-monthly extensions are much more justified,” he said.

“They should be accompanied by the full release of information on orders that are made.”

Mr Andrews said the legislation would not introduce any new rules.

“It’s not about anything other than locking in and having legal certainty for the sorts of rules that allow us to have returning Australians come home with mandatory quarantine,” he said. “But not for a minute longer than we need to do.

“This is not a particularly contentious matter … I would very much hope that no one seeks to play politics with this.”

Liberal Democrats MP David Limbrick labelled the laws “draconian” and called for a way to manage the pandemic without them. “There are ways for the government to address public health imperatives without confiscating our human rights,” he said.

Major Melbourne employers are cranking up plans to return thousands of workers to CBD offices but they caution the process will be gradual and the pandemic has birthed a permanent shift in working from home.

The state government on Tuesday announced office capacity would be increased to 75 per cent for the private and public sectors. The new rules, coming after the state recorded 27 days without community transmission cases, kick in from Monday.

Daniel Andrews said the increase was particularly great news for cafes, restaurants and other businesses that relied on foot traffic.

“They can rely on more and more people being in the city and the suburbs,” the Premier said.

He said the public transport network was safe, adding further announcements would be made to help support increased passenger numbers and urging Victorians who would typically catch a train, tram or bus to do so rather than drive and add to traffic.

“The notion of making a different choice because you’re uncertain about the safety of public transport, I don’t think you have to make that choice,” Mr Andrews said.

“If public transport wasn’t safe the Chief Health Officer wouldn’t have us running it.”

Victorian Chamber of Commerce boss Paul Guerra said footfall in the city remained low so the return of workers was “fundamental” for small and big retail and hospitality.