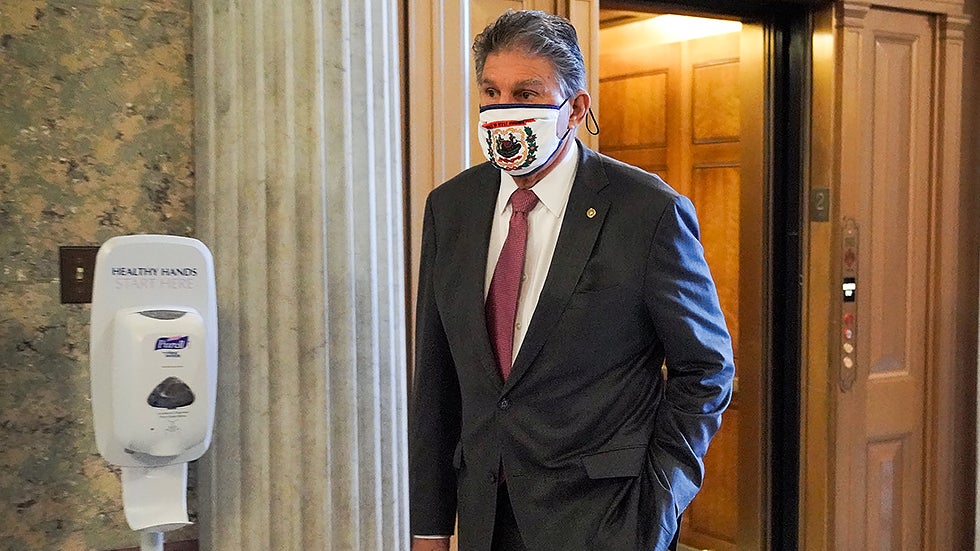 “I have made it very clear … we’re going to make this work in a bipartisan way. My friends on the other side are going to have input. And we’re going to do something that we agree on. I’m not just going to do it just down the lines of, just saying party line vote,” Manchin told Fox News’ Bret Baier, asked if he would vote for a Democratic-only $1.9 trillion bill.

“If it’s out of the realm that makes sense and what we’ve worked on together, we’ve built too much trust up among each other to allow this to fall apart. So they can count on me to make sure that we do everything to make this bipartisan,” Manchin said.

Manchin is one of the most centrist members of the Senate Democratic caucus and a key vote as party leadership tees up using reconciliation to pass coronavirus relief. The budget tool allows Democrats to bypass the 60-vote legislative filibuster in the Senate and pass a relief package with the support of Democrats only.

His warning against a partisan relief bill comes after he signaled more indirectly earlier Tuesday that he wants the final product to be bipartisan.

“For the sake of the country, we must work together with laser focus to defeat the COVID-19 crisis, support our neighbors and communities who continue to suffer and get back to a more normal life as quickly as possible,” Manchin said in a statement on Tuesday afternoon, characterizing Biden as “hopeful” that the coronavirus relief bill will be bipartisan.

Democrats and Biden say they want the final coronavirus relief package to be bipartisan, but they are also laying the groundwork for trying to pass it on their own absent GOP support.

In order to pass a coronavirus relief bill without Republicans, Democratic leadership will need the support of every member of the Senate Democratic caucus. That means Manchin, if he believes the process has been partisan or that Republicans have been shut out, could effectively kill the bill or demand changes in order to get his support.

Manchin is expected to vote for the budget resolution this week, but said during the Fox News interview that he had told Democratic leadership that “I will vote in a bipartisan way.”

Democrats are using Biden’s $1.9 trillion proposal as the framework for their legislation. Biden’s bill included a $1,400 stimulus check, an increase in the minimum wage to $15 an hour, more state and local assistance and a $400 per week unemployment benefit.

Manchin told The Hill earlier Tuesday that he does not support increasing the minimum wage to $15 per hour and told Fox News on Tuesday night that he didn’t think it would comply with arcane Senate rules that determine what can be passed under reconciliation.

“I don’t think that’s going to make it in because it doesn’t fit within … the Byrd rule,” Manchin said.

He also predicted that the final amount of state and local assistance in Congress’s bill ends up being substantially lower than the $350 billion requested by Biden. States and cities, who have seen their tax base dry up due to the coronavirus pandemic, have warned that without help they could have to cut essential services just as more people are utilizing them.

“I think that’s way high. From everything I’ve seen that’s extremely high. But with that we want to make sure that that states that have truly been hit the hardest, have revenue shortages because of the type of economy they have, have some relief,” Manchin told Fox News.