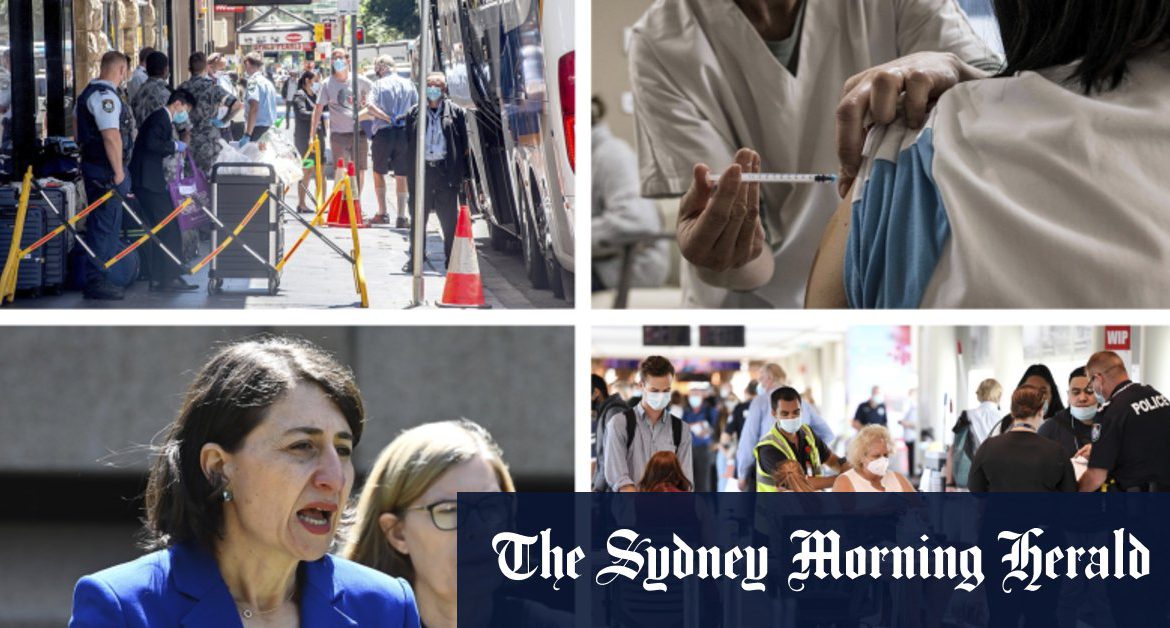 “We know that whenever there’s been an outbreak it’s been linked to the quarantine system, so it stands to reason that they would be the category of person that you would look at providing the vaccine first and foremost,” Ms Berejiklian said.

“Obviously, it’s a national rollout and every citizen has the right, according to their category, to be treated respectfully and equally … I would like to see NSW get its proportion based on the risk we’re carrying.”

Pandemic planning and global health security expert Associate Professor Adam Kamradt Scott said Ms Berejiklian’s call for NSW quarantine workers to be at the front of the vaccine queue was a reasonable expectation.

“The numbers of international travellers coming into Sydney is a key point of risk not only for NSW but for the entire Australian community,” Professor Kamradt Scott said.

“Quarantine workers are certainly in a high-risk category compared to healthcare workers in the community while we don’t have community transmission,” he said.

Other frontline staff eligible for vaccine in Phase 1a of the rollout include ambulance and patient transport, emergency department, ICU and COVID staff, according to NSW Health.

Professor Kamradt Scott expected the tribalism between states and territories over border closures and COVID cases in the past several months would pivot to vaccine allocation.

“I would imagine the state and territories will have various arguments to put forward about why they warrant more vaccines … but I don’t think it will reflect well on premiers and chief ministers if they are publicly arguing about vaccines when the world knows there are vaccine shortages at this time and many countries that don’t even have access and Australia has beaten them in the vaccine queue,” he said.

Just two weeks away from the start date initially floated by Prime Minister Scott Morrison – and later delayed – the federal government is yet to tell the states and territories how many doses each will receive.

Dr Stephen Duckett, director of Health at the Grattan Institute and former secretary of the Commonwealth Department of Health, said divvying up the vaccine between the states and territories was not rocket science.

“We know roughly one-third of quarantine workers and healthcare workers are going to be in NSW,” Dr Duckett said.

NSW also accounts for roughly one third of the national population.

“On average you would expect NSW to get about one-third of the vaccines,” Dr Duckett said.

Asked how NSW would manage the vaccine rollout, Ms Berejiklian said the state government was waiting on information from the federal government.

“Obviously our health experts are already in negotiations and discussions, and as soon as we have something concrete to convey to the community, we will,” she said.

In a statement, the Australian Department of Health said doses will be distributed by Commonwealth to locations that maximise access for the identified priority populations.

Dr Duckett said that level of information simply was not good enough.

“The Commonwealth had six months to prepare for this since we signed contracts for the vaccines …it is absolutely, solely accountable for this. They can’t blame the states and territories if they don’t give them enough time to plan,” Dr Duckett said.

“The public ought to know by now who, when and where we are going to get the vaccines. More importantly, the states and territories ought to know,” he said.

The number of police and private security guards who would be eligible for the vaccine in Phase1a remains unclear.

NSW Police was unable to provide the number of quarantine workers in NSW’s network, with a spokeswoman saying staffing at each hotel was dependent on occupancy rate and size of the building.

No police officers have contracted COVID-19 while working in hotel quarantine since the start of the pandemic.

Lucy Cormack is a state political reporter with The
Sydney Morning Herald.