Before Brayana Taylor went into labour with her now 16-month-old daughter, she read up and carefully planned for the day. While much of it was a blur, she says she remembers her time at the hospital as traumatic, and that her concerns and feelings were dismissed.

“I just feel like, during the most vulnerable and crucial moments of my entire life, my care was mishandled.”

She rarely talks about what happened to her in detail, but after speaking to another Black mother, Taylor soon found out that she wasn’t alone in her experience. It’s something that she says has hurt her trust in the health-care system, and it has also affected how Taylor feels about the COVID-19 vaccine.

While health professionals are stressing to Canadians that the approved COVID-19 vaccines are safe, Taylor is one of those who attribute their vaccine hesitancy to eroded trust in the health-care system as a whole for its treatment of Black and Indigenous people.

Taylor runs an Instagram page called Black Motherhood Collective. In response to pushback she and others have received for being vaccine-hesitant, she put out a post outlining statistics about Black maternal health as an answer to why some Black women feel skeptical about the medical system.

One of them is an alarming stat from the U.S. National Center for Health Statistics that reveals 84 per cent of pregnancy-related deaths in the United States in 2018 were Black women. There’s limited race-based medical research data available in Canada, but a 2015 McGill study found that Black women have significantly higher preterm births than white women.

“I think to a lot of people, it’s just hard to imagine why somebody wouldn’t want a vaccine, you know, because the pandemic has been around for what seems like forever at this point,” Taylor said.

“But in practice, we have to understand that there [are] a lot of kinks in our institutions and in our systems that really do obstruct a lot of progress when it comes to our communities.”

Brayana Taylor runs an Instagram account called Black Motherhood Collective. She says it was important to her that the skepticism she and other Black women feel about the COVID-19 vaccine and the health care system be taken seriously. (Ousama Farag/CBC)

Black people have also been disproportionately affected by the COVID-19 pandemic. Despite making up 9 per cent of Toronto’s population, a quarter of patients hospitalized with COVID-19 are Black.

It’s something Cheryl Prescod, the executive director of the Black Creek Community Health Centre in North York, Ont., is working hard to address as part of the effort to vaccinate all Canadians and stop the spread of the virus.

Prescod notes that the predominantly Black and brown neighbourhood is home to many essential workers living in precarious conditions. Social distancing is made harder when they shuttle to work in crowded buses and come home to densely populated, high-rise apartment buildings.

“This has been a hotspot since the beginning of COVID. We have a high number of positive cases, and we also have a low testing rate,” Prescod said.

Of the top 10 COVID-19 hot spots in Toronto last month, eight were in the city’s north-west end.

Prescod adds that while the vaccine isn’t yet available to most of the general public, the work to address their questions and inform them about it needs to happen now.

Cheryl Prescod, executive director of the Black Creek Community Health Centre, says she sees first-hand how Black and other racialized Torontonians have been disproportionately affected by the COVID-19 pandemic. (Ousama Farag/CBC)

In a recent virtual information session, the Black Creek Community Health Centre put together a panel of health professionals and community members to take questions about the COVID-19 vaccine.

Attendees weighed in with questions ranging from how the COVID-19 vaccine works differently than the flu vaccine, to whether or not there was a microchip in it being used to track people, particularly low-income people of colour. Prescod has heard a lot of it before.

“Can we trust that substance? Can we trust what’s happening? There’s still that mistrust around that science, around the development of the vaccine, around the fact that certain populations might be used as guinea pigs,” Prescod said.

One of the historical examples Prescod hears patients refer to is the Tuskegee Syphilis Study, where 600 Black men in Alabama were experimented on without being told what for. In Canada, Indigenous children in residential schools were also experimented on to learn about the effects of malnutrition.

The Tuskegee Syphilis Study, conducted in Alabama from the 1930s to the 1970s, took blood samples from Black men for an experiment they didn’t know they were participating in. The unethical study is often cited by experts when systemic racism in health care is discussed. (National Archives and Records Administration)

Dr. Upton Allen, head of infectious diseases at Sick Kids Hospital, has been meeting with the Ontario government, urging it to factor the need to repair relationships with vulnerable communities into the province’s vaccine rollout plan.

“It’s really important to ensure that the Black community is engaged in discussions and decision-making, and that the community can feel that they are part of the process,” Dr. Allen said.

“It’s important to ensure that the messaging relating to vaccine prioritization is appropriate, and is very transparent and very clear, so that there’s no misinterpretation of intent.”

Dr. Allen says he received his first dose of the vaccine a few weeks ago, and that he is confident recommending it to others in the Black community.

He also emphasizes the importance of Black people being involved and considered at every level of health care. Dr. Allen leads a team of researchers at Sick Kids looking at the rates of COVID-19 infection among Black Canadians and the factors behind them, as well as pushing for their participation in antibody testing. He says the lack of diversity in medical research can contribute to inequities in the system.

“One needs to make sure that all the major groups are included so that one can generalize across several groups, not just in terms of racial groups, but also in terms of age groups,” Dr. Allen said. “And so moving forward, it’s important that vaccine related studies — and there will be more — will include Black representatives, Black participants.”

Health professionals are stressing to Canadians that the approved COVID-19 vaccines are safe, but some say their trust in the system has been eroded due to its past treatment of vulnerable communities. (Jon Cherry/Getty Images)

In a statement to CBC News, Nosa Ero-Brown, Assistant Deputy Minister of Ontario’s Anti-Racism Directorate, says that the province is talking to community health groups about how these concerns can be addressed through the Communities at Risk COVID-19 Vaccine Task Force Sub-Group.

“We will be working with partners to develop culturally relevant and responsive outreach strategies for each community as part of our Vaccine Distribution Plan, so that all Ontarians can access and understand the facts they need to make an informed decision on getting vaccinated,” the statement said.

The Ministry of Health says it is allocating $12.5 million in funding towards community health agencies in 15 high-risk communities for community outreach and increased testing. It adds that at-risk areas will be prioritized in Phase 2 of the vaccine roll-out.

This week, the City of Toronto announced a new Black Community COVID-19 Response Plan, allocating $6.8 million in funding towards 12 Black-led and Black-serving organizations to provide additional support, from food delivery to vaccine education.

The Black Health Alliance has been advocating for investment in grassroots organizations that are trusted in the communities they serve.

The government is not going to be able to build trust with the Black community overnight.- Paul Bailey, Black Health Alliance

It’s the kind of commitment Taylor says she’s been looking for from those in power.

“Make the effort and let us know that this is something that you’re very serious about, and you’re adamant about repairing the relationship, and making sure that there is a level of trust between the Black community and health-care professionals so that we can have confidence moving forward,” Taylor said.

Dr. Allen remains cautiously optimistic that the advocacy work he and others are doing is leading to change.

“I think that the issues are being heard, steps are being taken, but it’s early in the game to see whether or not these steps are going to be sustainable and appropriately resourced.”

Watch full episodes of The National on CBC Gem, the CBC’s streaming service. 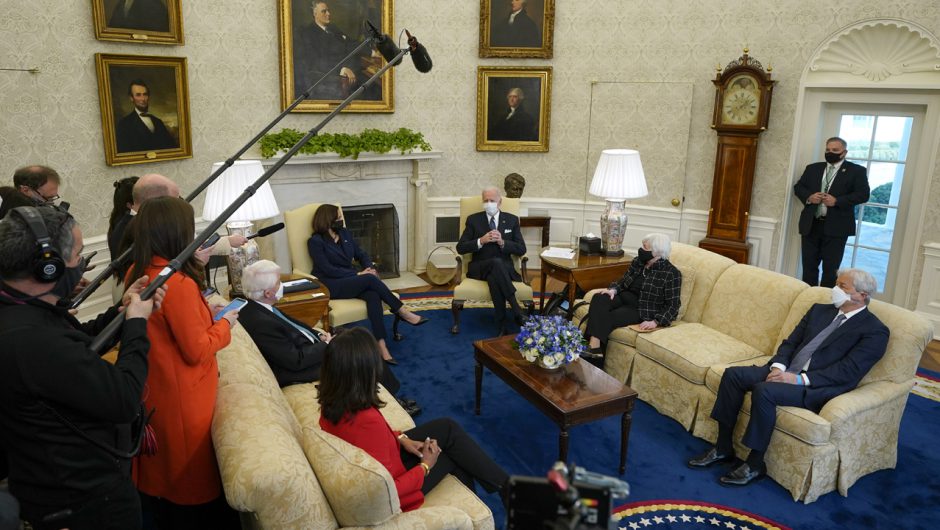 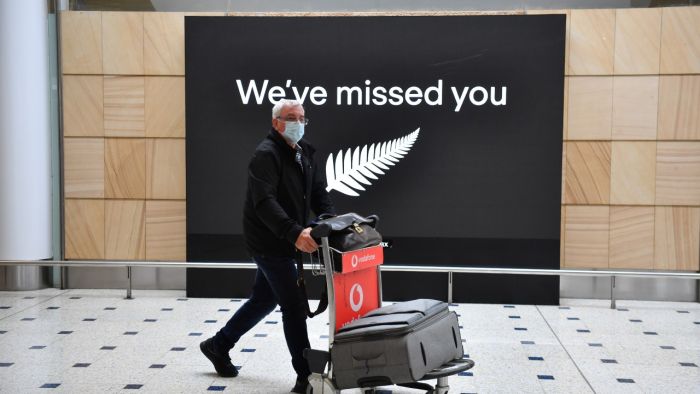 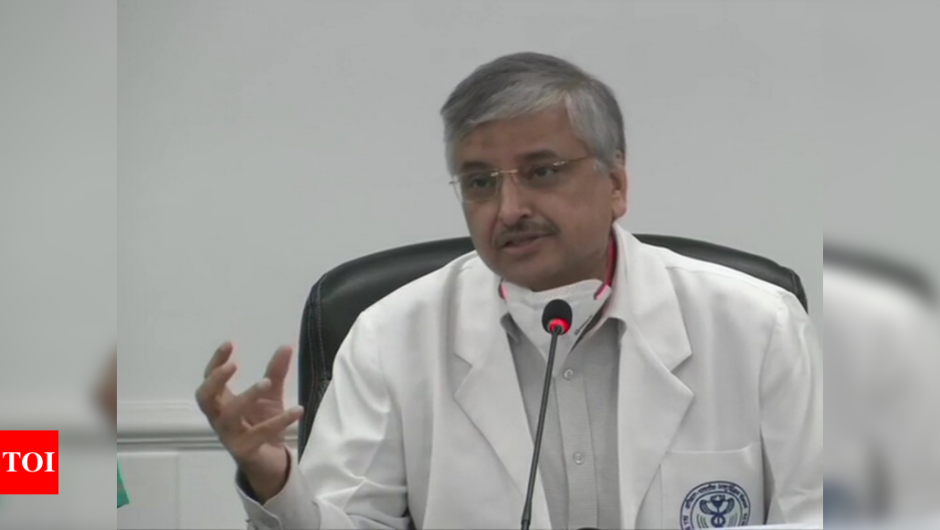 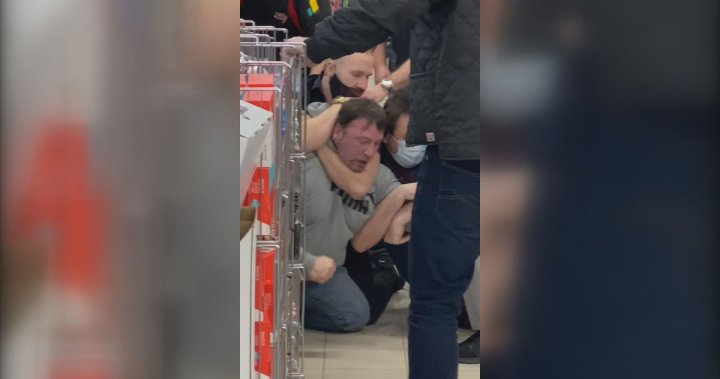